A WOMAN who was abandoned under a blackberry bush as a baby has discovered the identity of her biological father eight decades on – thanks to DNA from a 30-year-old postage stamp.

Anthea Ring, now 81, was discovered on August 26, 1937 by a family who heard her crying on the South Downs in Sussex, southern England.

The nine-month-old was wearing a pink dress, her hands were tied and she was covered in scratches and insect bites.

She only learned she was the infamous 'Blackberry Baby' when she was 25, and has spent the subsequent decades searching for her parents.

Anthea again hit the headlines in 2016, when she uncovered her deceased mother’s identity and roots in Co. Mayo to the west of Ireland.

Now, geneticists believe they have finally helped her narrow down her father – from one of six Co. Galway brothers.

In 2012, Living DNA revealed that one of the six siblings was certain to be Anthea's biological dad – but they were unable to prove which one.

That was until they tracked down a number of 30-year-old letters from one brother, Patrick, which were found to have saliva belonging to him on their stamps.

When tested, the saliva was forensically matched to Anthea Ring’s DNA. After a life-long search, she finally knows who her father was.

His name was Patrick Coyne.

Although Patrick has since died, his long-lost daughter is now in contact with his wider family in Galway.

It's a happy ending that has been a long, long time coming.

“I’m delighted to have found the final piece in the puzzle of my family history," Anthea said. "Who would have thought that stamps from decades old letters were the key to unlocking my story?

"I feel like I have some closure. It's wonderful. Being able to track down my family has been incredible". 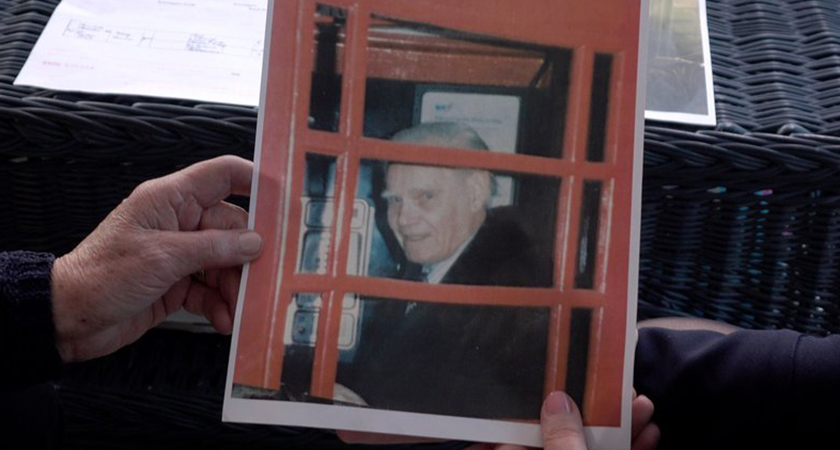 Mrs Ring, a married grandmother who now lives in Bradford-upon-Avon, added: "I can now finally tell my children and grandchildren about their roots and where they came from.”

David Nicholson, managing director at Living DNA, said he was "delighted" that his team had brought Anthea's eight-decade hunt for answers to an end.

“Stamps and other materials containing DNA – such as hair from a brush – can often provide vital evidence in DNA testing, and this has proved critical in Anthea’s very personal, and long-running, case to learn her roots," he said.

“We’re delighted that Anthea has finally found the peace and answers that she’s been searching for all her life.

"We used the latest forensic technology to analyse small areas of the stamps and seal and despite the initial three tests not revealing anything conclusive, it was the fourth attempt where we found the match with Anthea’s DNA and her biological father.”

Julia Bell, who has worked closely with Mrs Ring to help her unlock her biological roots, added: “I’ve been honoured to be part of Anthea’s personal journey of discovery from the beginning, helping put together the jigsaw pieces in quite complex circumstances.

"After revealing the identify of Anthea’s mother – we thought the trail had gone cold when we could only find two putative biological fathers from the Coyne brothers.

"But with the support of Living DNA’s forensic testing on 30-year-old stamps, we’ve finally solved the mystery and given Anthea the truth she has been searching for all her life. She is now in happy contact with her wider Coyne family."

Which restrictions are being lifted in Ireland today? All the new freedoms outlined