Seven things you should know about the story of St Patrick, Ireland's patron saint

A float passes through during St Patrick's Day parade in Central London on March 16, 2014. Some 400,000 people are expected to line the streets of Dublin on March 17 for the annual Saint Patricks Day parade. The parade is the culmination of a weekend of festivities in the Irish capital and across the country to celebrate Irelands national holiday. AFP PHOTO / ANDREW COWIE (Photo credit should read ANDREW COWIE/AFP/Getty Images)

EVERY year, Irish people at home and abroad come together to celebrate the day of our patron saint, St Patrick.

He is the man credited with driving snakes out of Ireland for good and teaching the Irish about God.

March 17 every year sees huge parades take place in cities across Europe and further afield - New York, Chicago, London and Dublin are among the biggest.

In school, all Irish children are taught all about the country's patron saint – but how much do you remember about St Patrick now?

1. St Patrick was not Irish

Despite his strong association with Ireland, St Patrick was in fact from Wales. He was born around 386AD to wealthy parents. Though his father was a deacon and his grandfather a clergyman, Patrick was not raised with big religious influences, according to history.

Patrick was kidnapped by a gang of Irish pirates when he was a young teenager and taken to Ireland to work as a slave. He was held in captivity for six years before he made his escape – but eventually, he would come back to Ireland. 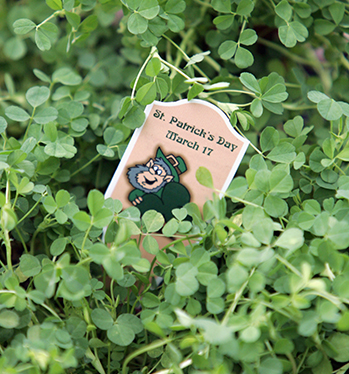 3. God told him to flee Ireland

According to the story, Patrick said that God came to him in a dream and told him how to escape to Britain. He made it home and reunited with his family – and the experience had a profound effect on him. He entered the priesthood in France and went back to Ireland to follow through on his vision to convert the Irish to Christianity.

4. Ireland was a pagan nation when he arrived

Before Patrick, there was no Christianity in Ireland. In the 5th century, Patrick and another missionary, Palladius, worked to spreading Christian teachings across the country. Palladius is credited as being Ireland’s first bishop.

5. The shamrock was his teaching tool

When working in Ireland as a bishop and a missionary in the 5th century, there were no books to help teach the Irish pagans about Christianity. Instead, he used the shamrock and taught them about the Holy Trinity – each leaf of the three-leaf Shamrock represented the Father, the Son and the Holy Spirit.

6. He is said to have driven snakes out of Ireland

Legend has it that St Patrick drove snakes out of Ireland. Whether this is true or not is difficult to prove, 1,500 years on – but most modern historians agree it is unlikely.

St Patrick’s Day is celebrated on the date of Patrick’s death. Though the date is very specific, the year is less so. There are a variety of theories, but one of the most popular is that Patrick died on March 17, 493.