BORN TO an alcoholic mother and an unknown father, Phyllis Whitsell was left at an orphanage at just eight months old.

Told her parents were both dead, she went through life feeling something was not right with that story.

When, as a child, she happened upon a box of documents belonging to her adoptive parents the truth slowly began to unravel.

Finding her birth name, Phyllis Larkin, allowed her to eventually begin a search for her real mother – which revealed she was still alive and living close by in Birmingham.

However, mother Bridget Larkin, known locally as ‘Tipperary Mary’ was living a “chaotic lifestyle” blighted by alcoholism and when Phyllis eventually made contact it was as a nurse rather than a daughter.

“My first visit to Bridget’s home was in uniform as a district nurse and not as a daughter,” Phyllis told The Irish Post.

“I had worked with vulnerable and damaged people previously so I think I did know what to expect. My job as a nurse protected me - I was able to hide behind the uniform.” 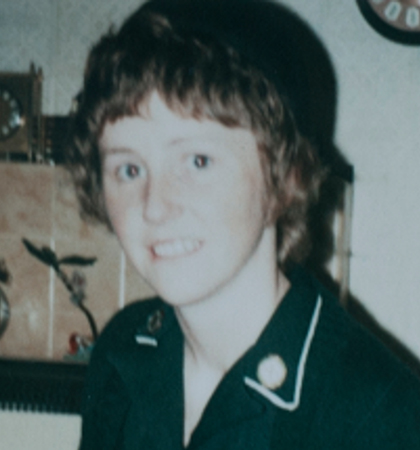 Phyllis Whitsell during her younger days as a nurse

Phyllis was put into the care of Father Hudson’s Homes in Coleshill, North Warwickshire at eight months old and was adopted at the age of four.

Her earliest memories were those spent in the children’s home.

“My first childhood memory is of being told off by the strict nuns - If we as much as giggled too loudly we would be told to be quiet.

Years later, as a nurse working in the city, she would end up caring for the mother who abandoned her.

For nine years Phyllis nursed her estranged mother, without ever revealing her true identity.

Phyllis is the daughter of Tipperary native Bridget Mary Larkin, an alcoholic who lived a chaotic life, and an unknown father.

But although told of her death, Phyllis never stopped thinking about her mother and claims she knew she “wasn’t perfect”.

“As an adult I learnt that my mother was often in very dangerous situations – drunk and lying in gutters, almost choking on her own vomit,” she added.

The only document Phyllis was allowed to see relating to her adoption or even her past was a small re-registered birth certificate which showed her adoption name Phyllis Price.

At the age of about 10, Phyllis’ adopted brother Kevin told her about “Dad’s secret suitcase” which contained his important papers - including those relating to her adoption.

She recalls the day she opened the case, petrified of being caught, when her adoption papers revealed her real name to be Phyllis Larkin. “I shut the box as quickly as I opened it and didn’t dare go back to those papers ever again,” she said.

This piece of information, along with overheard conversations, meant Phyllis always doubted that her parents had died, and at the age of 23 she began to look for her birth mum.

In her new book, Finding Tipperary Mary she writes about the search for her mother, the nine years she spent caring for her and the 13 years spent visiting her in a care home.

She recalls the first time she saw her mother with clarity: "My first visit to Bridget’s home was in uniform as a district nurse and not as a daughter. I remember standing outside the terraced house, it was 1981 and it looked abandoned. The feeling I had on that day I will never forget. It was a mixture of terror, anticipation and excitement. I was now only minutes away from meeting my mother for the very first time.

“When she eventually came to the door it was as if she was someone else, I couldn’t believe that this poor crumpled creature was my mother. Her hair was grey and she smelled of stale alcohol and tobacco.

It was thickly matted at the back, as if she hadn’t washed or combed it for months. Her finger nails were filthy as if she had been digging up potatoes and she had mottled rings on her legs caused by sitting too close to the fire.”

Bridget died in 2003 never knowing that Phyllis was her daughter, providing a poignant final chapter to her lifelong search. 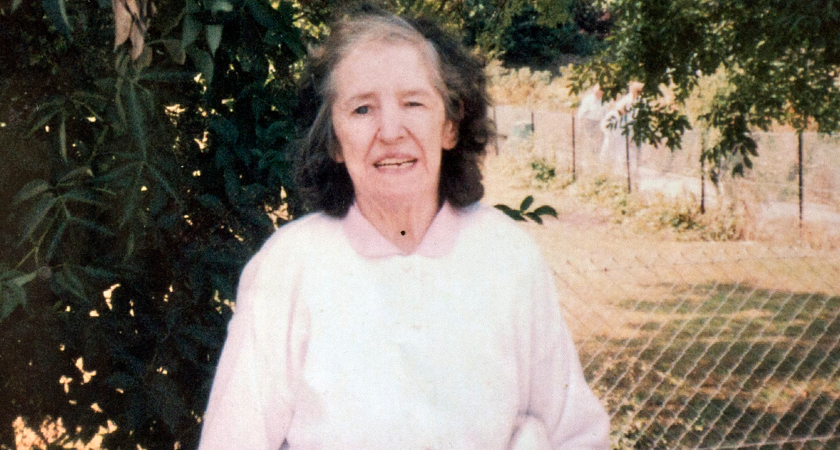 Bridget Larkin, or Tipperary Mary as she was also known

By the age of 14 she had lost her mother and at the age of 16 her father had died. Her father had been ill for some time as a result of smoking and heavy drinking; she referred to him as a "lazy bastard".

After the death of her father, her brother Robert, who  was a few years older, took complete control of her and her younger sister Philomena.

She would often talk about drunken men coming back to the house, I am almost certain that what happened in the house was the reason why she drank so heavily from when she was young. If I ever talked about Robert she would go into a rage. Although she was often muddled and I often found it difficult to understand what she was saying, it was clear she was terrified of him. He was the main reason why she never wanted to go back to Ireland."

In completing her own jigsaw, Phyllis would now like to find her mum's sister Philomena, who she was named after, and also visit Ireland to learn more about her Irish roots.

In the meantime, she has written a book describing her journey to find her mother and everything that they experienced after that meeting.

Finding Tipperary Mary, a memoir by Phyllis Whitsell, published by Mirror Books, is available on Amazon.co.uk and as a Kindle download.