TWO NEGLECTED donkeys who were rescued by Gardaí in Kilkenny last month are now on greener pastures after finding their forever home.

In August, Gardaí in County Kilkenny were alerted to the presence of two donkeys being kept on 'poor land' in the town of Callan.

A welfare check on the animals found them to be vulnerable and neglected, with their hooves grown out to an uncomfortable length, and the Gardaí, along with the help of local animal charities, began preparing to save them.

A few days later, on Wednesday 26 August, the Gardaí returned to the area where the donkeys were being kept, and found them to still be in the same neglected state.

Gardaí from Kilkenny and Callan seized these 2 abandoned donkeys from poor land outside Callan this morning. This...

The officers were supported by the Belline Donkey Sanctuary, My Lovely Horse Rescue, Kilkenny Local Authority and the Kilkenny Society for the Prevention of Cruelty to Animals (KSPCA).

With the seizure and rescue of the animals completed, Gardaí were quick to assure animal lovers across the country that "they have not been taken to the pound".

"Instead, this is the first day of their new lives as cherished creatures." 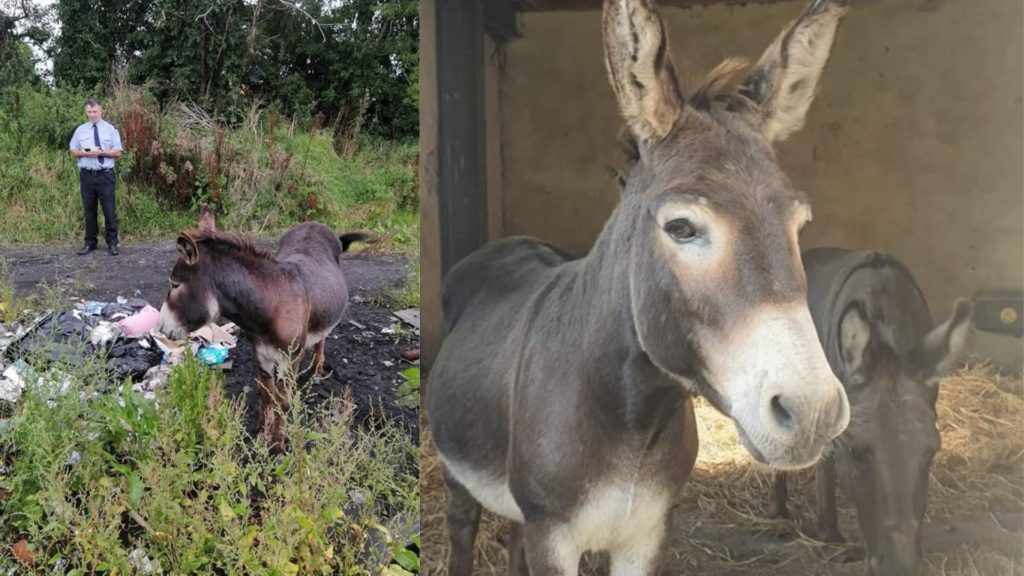 Before and After: The donkeys were rescued from 'poor land' and taken into the care of a local animal sanctuary. (Image: An Garda Síochána)

The donkeys were placed into the care of Belline Donkey Sanctuary, where volunteers worked tirelessly to nurse them back to health and find a perfect home for them.

Now, almost exactly a month later, the animals have found a loving home together, where they can live the rest of their days in happiness.

Belline Donkey Sanctuary took to Facebook where they announced that the donkeys-- now called Timmy and Jack-- had been adopted.

"We are delighted to say that our two special boys who were seized by the Kilkenny/ Carlow Garda several week ago have now found their forever home!", a spokesperson wrote.

We are delighted to say that our two special boys who were seized by the Kilkenny/Carlow Gardai,several weeks ago,have...

Photographs accompanying the post showed Jack and Timmy with their new parents and a small dog who was watching them curiously.

"We wish their new owners every happiness with Jack and Timmy, and know that they will now become part of their expanding family!"