The airline launched its first plane on May 27, 1936,  five days after its creation.

Here are seven things you might not have know about the grand old dame of Irish air travel - the flag carrier of the Irish skies and now Ireland’s second biggest airline, thanks to upstart Ryanair.

1. Birth of an airline

Founded in 1936 by the Irish Government the airline was launched with £100,000, advanced by Blackpool and West Coast Air services. The airline was registered on May 22.

These days it operates all airbus fleet but in 1936 the newly formed Aer Lingus (taken from the Irish words for air fleet, Aer Loingeas) launched its first flight.

The plane's registration was EI-ABI. 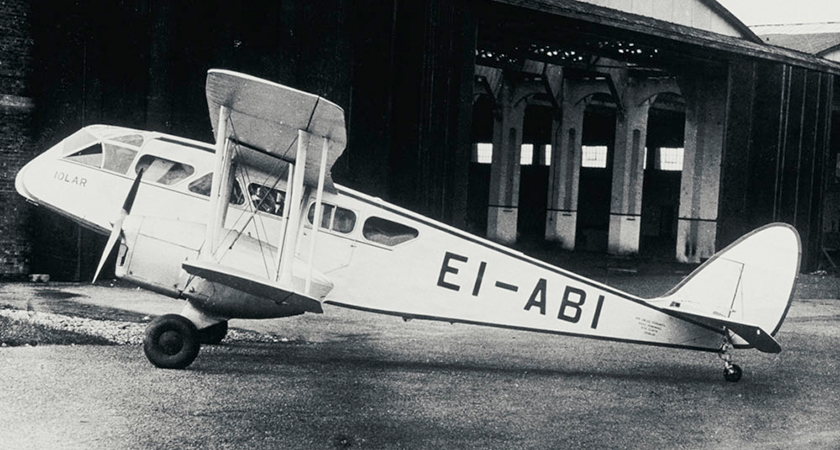 At the start of 1940 a new Dublin airport opened up in the suburb of Collinstown and Aer Lingus moved its operations there.

It purchased new aircraft and begun services to Liverpool and a new domestic route to Shannon, however the outbreak of war in Europe meant the skies over Britain and Ireland were a busy and often dangerous place.

Flights were stripped right back with a loose service running between Dublin and Liverpool, or to Manchester depending on the security situation at the city's Barton Aerodrome.

With the Second World War over regular services resumed in November 1945.

The company introduced its first flight attendants and the aircrafts fleet of Douglas DC-s were painted with the distinctive silver and green branding.

A new Anglo-Irish Agreement in 1946 gave the company exclusive air traffic rights from Ireland to Britain.

With business on the up the company purchased seven new Vicker Viking aircraft.

In an attempt to consolidate the Irishness of the brand the decision was made to name all the craft in the fleet after saints.

The following year the first annual blessing of the  fleet took place on July 23.  The ceremony was performed by Rev. W. Kenry from Swords, Co Dublin. 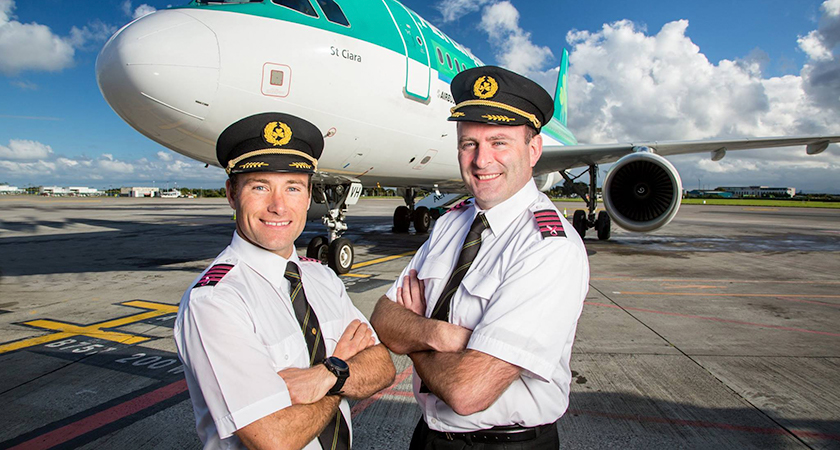 Aer Lingus pilots in front of their plane

Aer Lingus inaugurated its first transatlantic service in 1958 with a service to New York, a Super Constellation aircraft affectionately referred to as ‘Connies’.

In December 1960 the airline propelled itself into the jet age with the arrival of three new Boeing 720 for use on the New York route and their new American destination, Boston.

The conversion of the whole fleet to the new jet equipment began in 1965. The upgraded fleet was the first to sport the Aer Lingus shamrock on the fin.

The aircraft, a Vickers Viscount 803 crashed into the sea off Tusker Rock, Co.Wexford.

Despite a two-year investigation no cause for the incident was determined in the years following the crash.

A modern day investigation, concluded in 2002 by the Irish Government, claimed it was most likely that the plane broke up mid-air due to a structural failure of the port tail-plane caused by corrosion, metal fatigue or a bird strike.

Speculation that the plane had been brought down by a missile strike during a training exercise by British armed forces was ruled out.

Contrary to the standard aviation practice of discontinuing an aircraft number after a crash, the airline still runs a Cork to London route under this flight number to this day.

7. King of the skies

In 1984 the then CEO of Aer Lingus, David Kennedy was made president of the International Air Transport Association, giving the Irish a reason to take pride in their aviation industry.