ONE OF Ireland's greatest heroes has been immortalised in a limited edition banknote, released to commemorate 98 years since his death at Béal na Bláth.

Irish revolutionary Michael Collins died on 22 August, 1922, but his legacy remains as strong as ever, with many Irish people considering a personal hero and martyr for the cause of Irish independence.

Now, 98 years after his assassination during the Irish Civil War, banknotes have been created to commemorate the achievements of his short life.

The '0 euro' note looks and feels like any other euro note, including a watermark, holographic protection and UV-responsive tactile marks, but features an image of the 'big fellow' himself in the military uniform of the National Army. 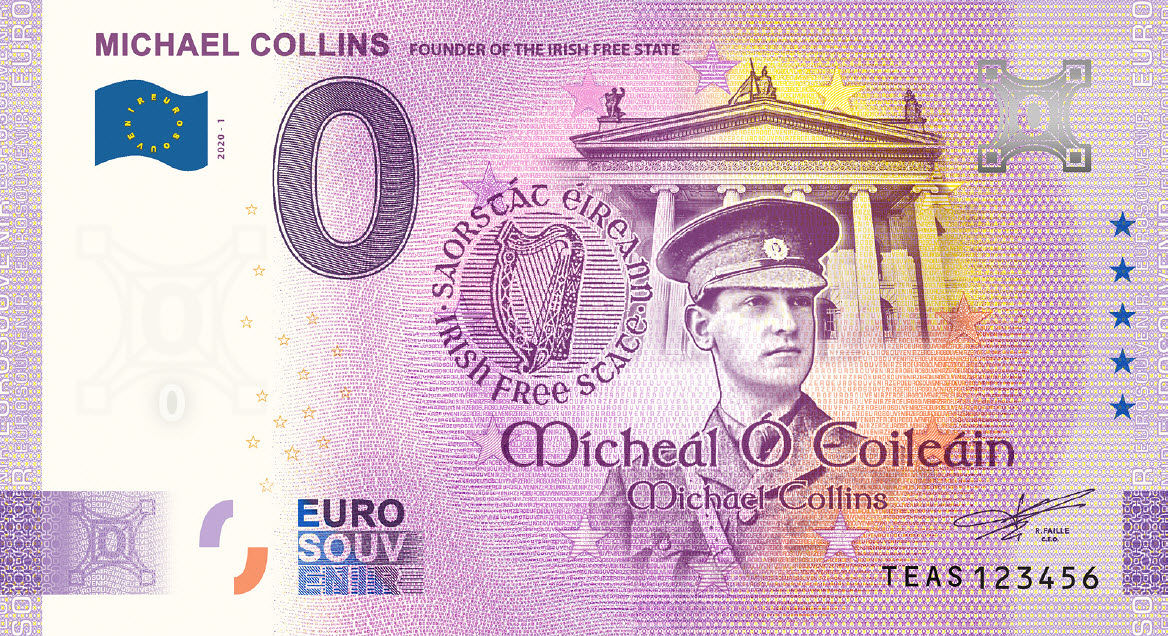 The notes cannot be used as legal currency, but with just 5000 being released and no reprints in the future they are priceless to Irish history buffs, collectors and fans of the 'big fellow' himself.

"Michael Collins accomplished more in his 31 years than most of us do in a full lifetime.

"Many call him Ireland’s George Washington, and so we thought it fitting that Michael Collins receive the honor of being placed on a note as well.”

You can order the Michael Collins commemorative note here.