A DONKEY who was rescued from a brutal attack in Limerick earlier this year is unrecognisable after being treated with kindness for the first time in his life.

In June, a donkey was rescued by animal charity Limerick Animal Welfare after reports he was being beaten by a gang of up to 20 youths in a city suburb.

Eli on the night he was rescued (Image: Limerick Animal Welfare)

The donkey-- now called Eli-- was seized by the charity with the help of Gardaí, and has now found his forever home with Catriona and Pat, who run the Hilltop Sanctuary-- a small farm in east County Clare which has been converted into a safe space for rescued animals who have suffered harm under their previous owners.

"Most people will know Eli from terrible nights of cruelty he faced in Limerick city at the hands of a gang of youths," Catriona told us at The Irish Post.

"A group of women came out from their houses and literally saved his life by standing by his side to protect him from his attackers until help came.

"When he arrived to us, he was trembling and really shutting down, his hooves were in an awful state and his body was trying to cope with lack of body condition by growing more hair.

"He is only two but has endured a lifetime of suffering in such a short time," Catriona said. "But day by day he has learned to trust humans again." 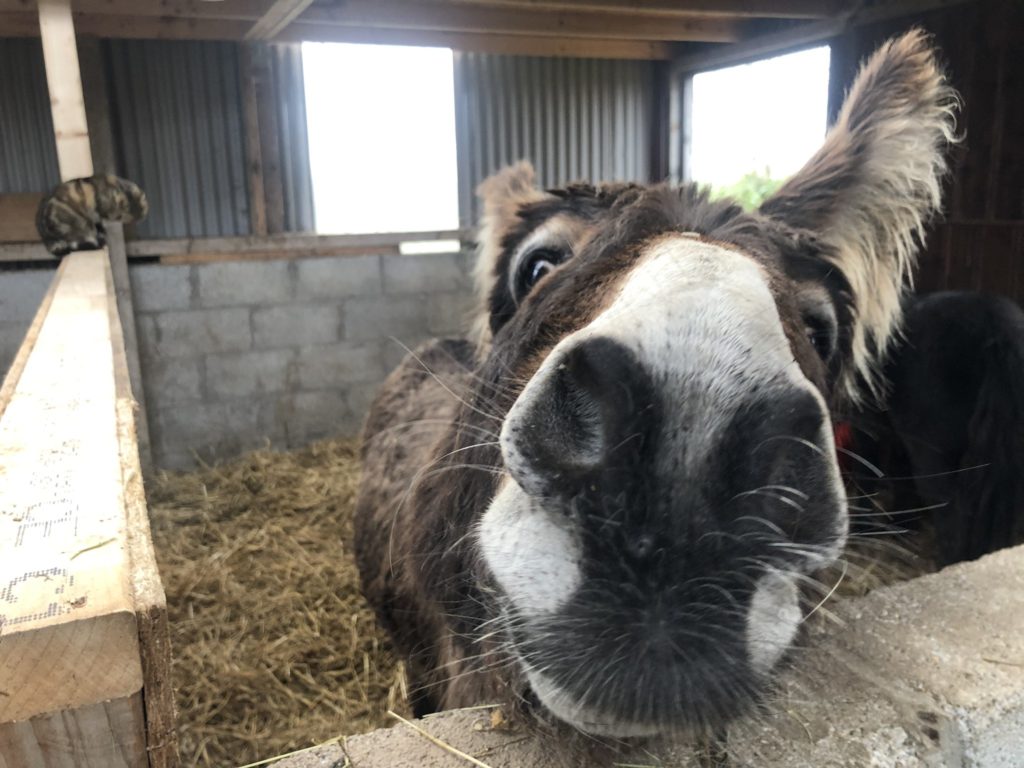 This is clear by photographs of Eli now-- cheekily grinning at the camera, enjoying the brisk countryside air and hanging out with his new best friend, pony HollyB-- another abused animal who had to be saved from a group of youths who were beating him.

"It was like these two rescues knew each other from the city and they bonded immediately," Catriona explained. "HollyB is more responsible for Eli’s psychological recovery than us.

"He showed him how to trust again. He showered him with affection and even tried to get him to chase him. It was magical to see. Now they are constantly chasing each other!" 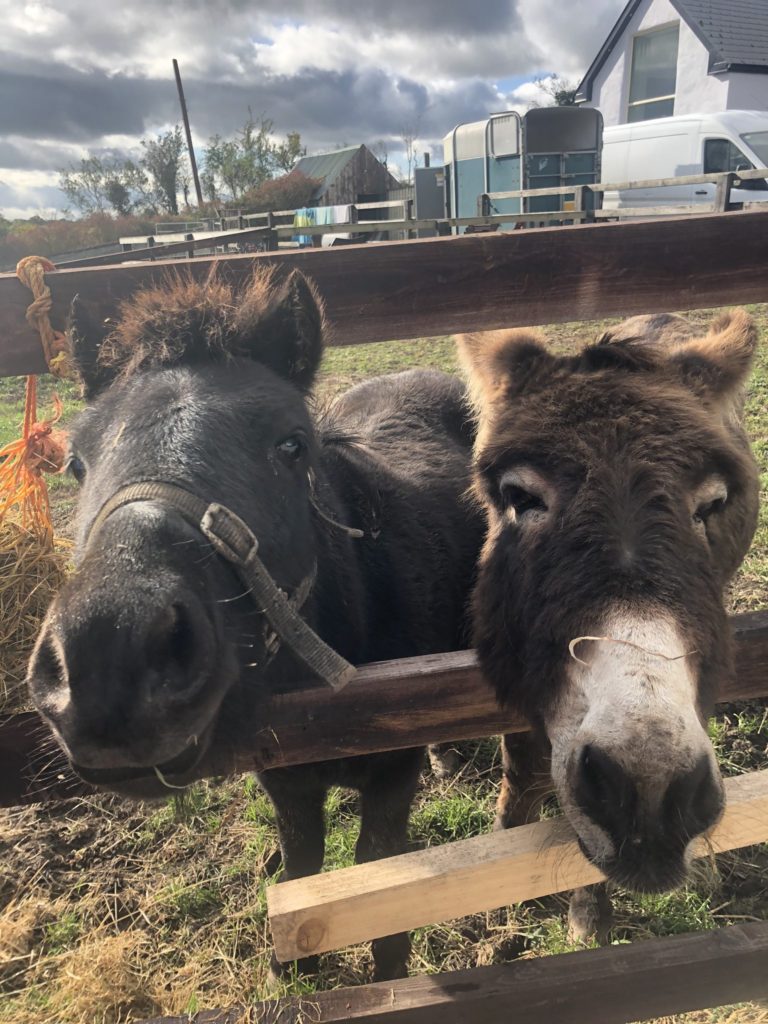 Eli and Holly B had an "immediate connection", Catriona says (Image: Hilltop Sanctuary)

"Animals are probably some of life’s best teachers," Catriona said.

"They show us how to love unconditionally, how to appreciate the simple things, and how we all can learn to trust again after terrible hurt.

"I wish more people adopted rescues, as their love and loyalty is probably the greatest executioner of human loneliness or unhappiness.

"Where we live is a much happier place because of them."

Hilltop Sanctuary receives no government funding for what they do, Catriona explained, although they are grateful to receive help with some bills from friends at Limerick Animal Welfare and Babydog Rescue.

"We basically fund it from our own income," she said. "We haven’t gone for charity status and maybe that is something we will look at in the future. I guess the animals are our family who simply need support and care." 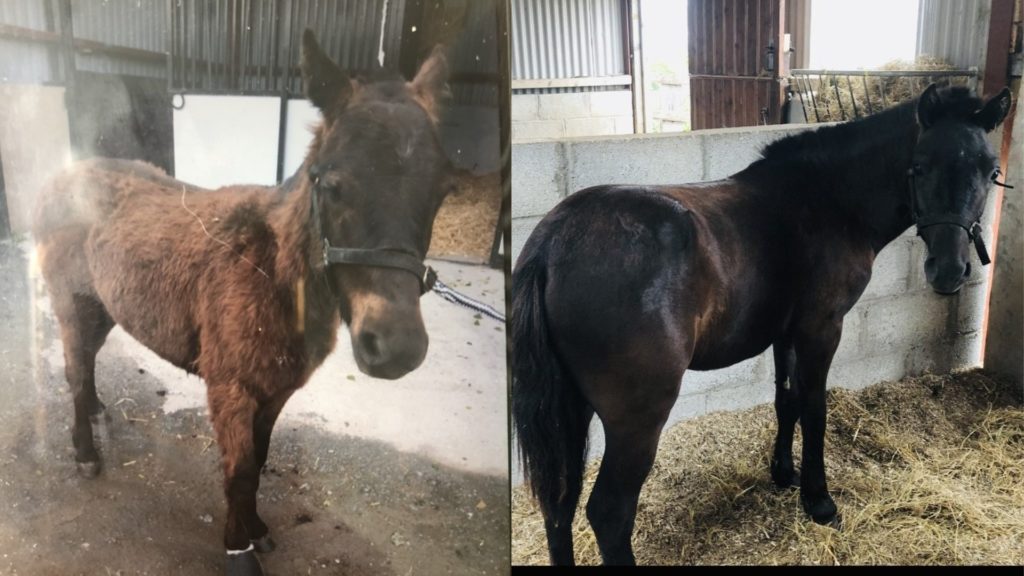 HollyB is just one rescue whose life has changed considerably since he arrived at Hilltop (Image: Catriona Lowry)

But caring for Eli and HollyB, along with Pat and Catriona's other rescues (who begin as fosters but often end up as permanent members of the family) requires a lot of specialised care and attention.

To help raise money to build a new shed in order for Hilltop to take in more emergency rescues, Pat and Catriona have created a calendar filled with adorable photos of the animals who have found a new lease of life under their care. 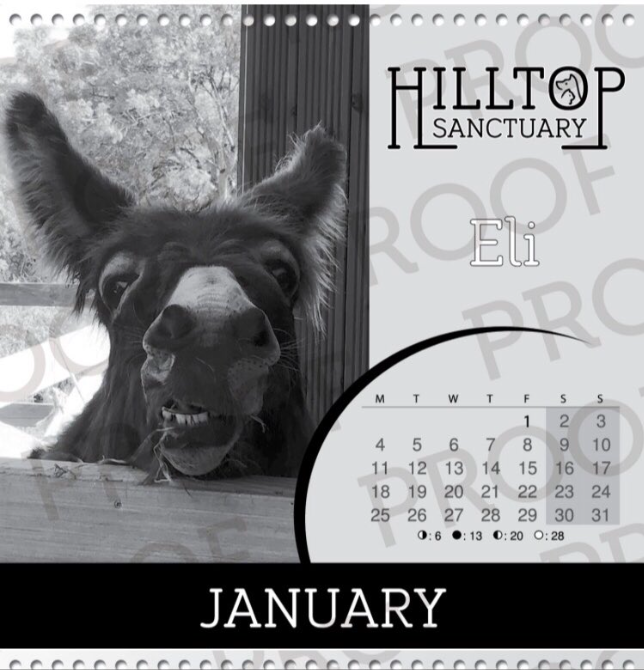 500 calendars are being printed, and at €10 each could make all the difference for these abused and neglected animals on their road to recovery-- to buy one, you can email Catriona at [email protected]