ETIQUETTE dictates that you should never wear white to a wedding to avoid upstaging the bride.

But this newly-wed Irish dancer had no such fears when she chose the colour theme for her bridal party.

With a wedding that would make Billy Idol proud, Róisín Mullins took her nuptials to another level.

Centre of attention and dressed head to toe in sparkling white, she was joined on her big day by a squad of baby's breath bouquet-clutching bridesmaids...all dressed in white.

And not to be outdone, her pageboys and flower girls also dazzled in matching snowy suits and gowns.

With gloves and floral headpieces to match, even the mother of the bride joined in with a glamorous pearl-toned outfit of her own. 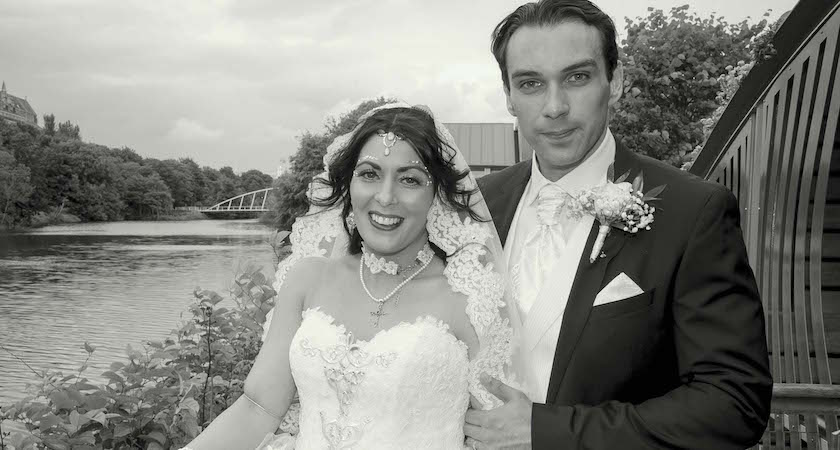 The happy couple Róisín and Jack

A former dancer with Michael Flatley's Lord of the Dance Róisín, who is of Romany Gypsy descent, tied the knot in Ireland last month.

From West Sussex, the 34-year-old walked down the aisle in Cork city's Saints Peter and Paul's Catholic Church where she married Jack Jacobs, an Irish stage show producer. 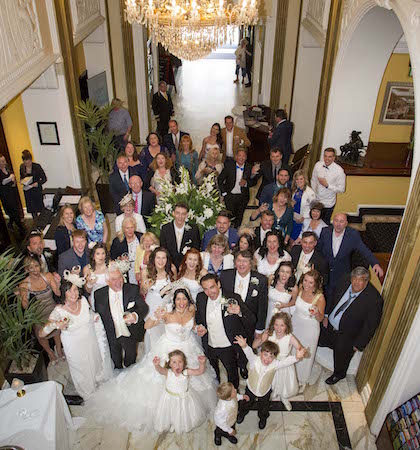 The ceremony was followed by a champagne reception and dinner dance at the history-steeped Imperial Hotel, which over its 200-year history has been played host to the likes of Irish revolutionary leader Michael Collins, actress Maureen O’Hara and author Charles Dickens.

Having started dancing at the age of four, Róisín entered and won her first competition a year later.

She went on to compete at national and world level for the next 15 years.

And with her favourite dance being the slip jig, it's no surprise that guests - who has travelled from Britain and her home town of Castletownroche - got on their feet for a traditional Irish céilí in the grand ballroom after the wedding breakfast.

Róisín’s father Chris Mullins, a Labour party councillor and former Crawley Mayor, even joined in on the bodhrán drum.

Further entertainment was provided by the newlywed couple’s professional Irish dance troupe Raven, which Róisín set up in 2007.

Dancers from both their London and Cork troupes performed on the day.

The girls wore traditional Irish dance costumes specially created by mother-of-the-bride, Sue Mullins, who has designed dresses for competitive fèis champions for over a decade.

The all-female Irish dance company have previously danced for stars such as Louis Walsh, Paddy McGuinness and Newcastle favourites Ant and Dec, as well as touring with professionals from BBC’s Strictly Come Dancing. 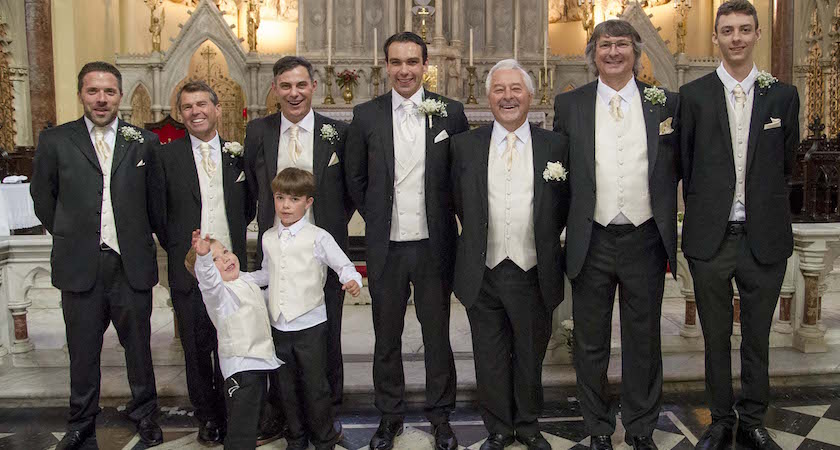 Following on from their success in Britain, this year Róisín and her husband Jack established a branch of Raven in Cork city.

As a former talent show judge on 2011's A Gypsy Life for Me, the raven-haired beauty will no doubt be hoping her unique style goes down just as well in Ireland.