EXOTIC ST PAT: How Ireland's patron saint is celebrated in all corners of the globe

ALMOST all main events and St Patrick’s day festivals worldwide have been cancelled or have moved online for 2021 due to the coronavirus pandemic.

Sadly, that means Irish communities across the globe may not be able to come together to celebrate their national day until at least 2022.

And there are many communities that like to do just that.

Here are some of most exciting, exotic or well-established St Patrick’s Day festivities that are usually out there…

In the US there is a very strong tradition of celebrating St Patrick’s Day, and not just amongst the diaspora.

Boston has a long record of holding St Patrick’s Day parades, starting back in 1737. But for the first time in over 250 years there was none in 2020, and none will take place this year either.

This commemorates the banishing of British troops from the city on March 17, 1776. Accordingly, the parade also pays tribute to US military services and veterans. 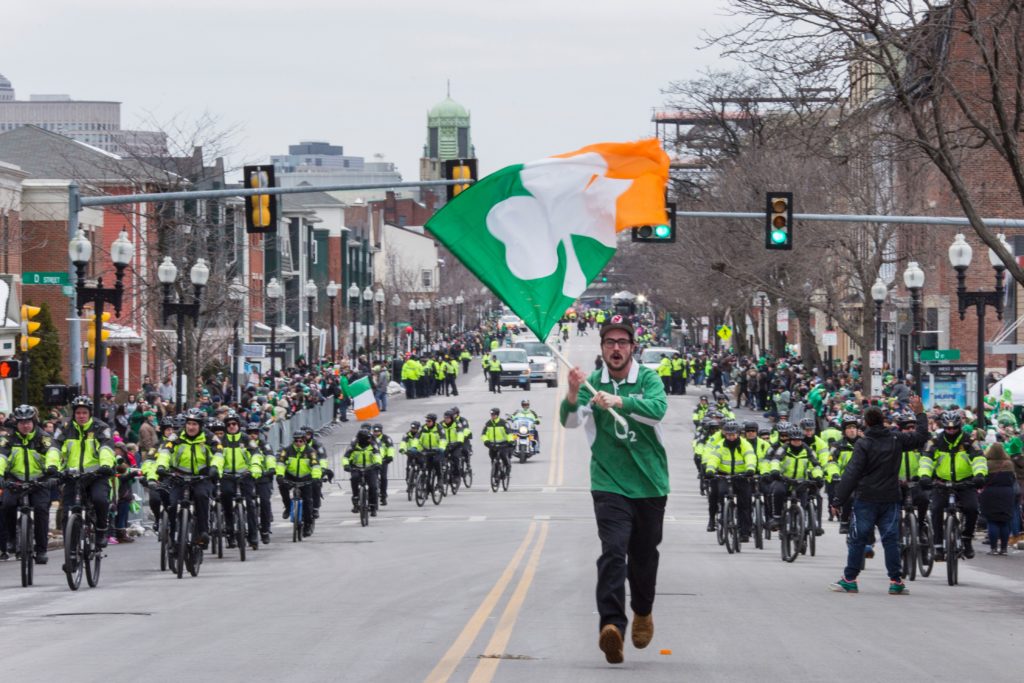 The annual St Patrick's Day parade in Boston began in 1737

Boston is often cited as the oldest St Patrick’s Day Parade in the world. But it seems there was an earlier celebration in America.

The first recorded St Patrick’s Day celebration in America appears to have taken place in St. Augustine, Florida, in the year 1600.

The following year, in 1601, the first St. Patrick’s Day Parade was held.

Both events were organised by the Spanish Colony's Irish priest, Father Richard Arthur.

As parish priest, he started the first public school in America in the early 1600s in St Augustine. The proof of this was found fairly recently, in 2017, by Professor of History Dr J Michael Francis of the University of South Florida.

The archival documents record the history of the Spanish Empire in the Americas and the Philippines.

Florida was settled by the Spanish beginning in 1513, with the Irish arriving at roughly the same time.

They came first as missionary priests and mercenary soldiers in the employ of the King of Spain, and then as planters, traders, shopkeepers, doctors and administrators.

In the section about Florida in the Archivo General de Indias, there is a reference to spring festivities in St Augustine in Florida which included a “feast day of San Patricio” in 1600.

So not only was St Patrick’s Day celebrated, if Dr Francis’s research is correct there were fireworks in Florida too.

Dr Francis’ further research established that St Patrick had “a privileged place in the Spanish garrison town” and was even identified as the official 'protector' of the city's maize fields. 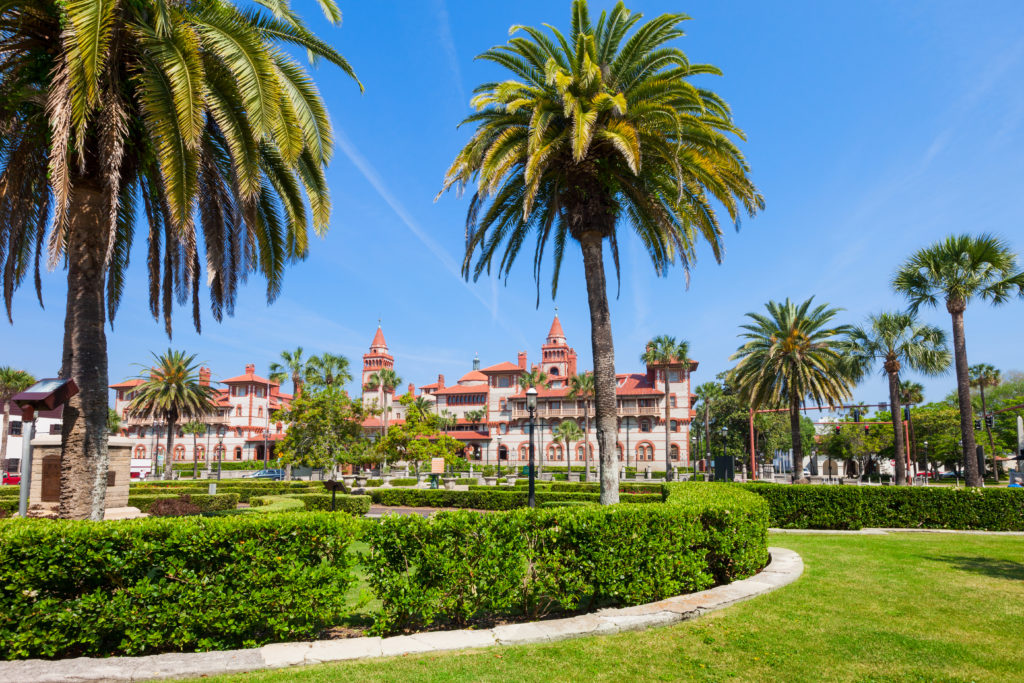 Records thereafter are sketchy and it’s not clear how long the tradition survived. However, it has been revived in modern times, but again, the parade is not going ahead this year.

In Chicago the annual St Patrick’s Day parade has been cancelled for the second year in a row, but the river will still be dyed green as it has been for almost 60 years.

Today the green colour is provided by powdered vegetable dye, more or less harmless to the environment.

In scattered Irish communities throughout the world, festivities will be very low key this year.

St Patrick is the patron saint of the Christian part of Nigeria — the country is about 46 per cent Christian and 53 percent Muslim.

Celebrations have been held in the capital Abuja over the last two decades.

They evidently do it in style — Nigeria is the second biggest consumer of Guinness in the world, just behind the UK in the number three slot, and just ahead of Ireland at number three. 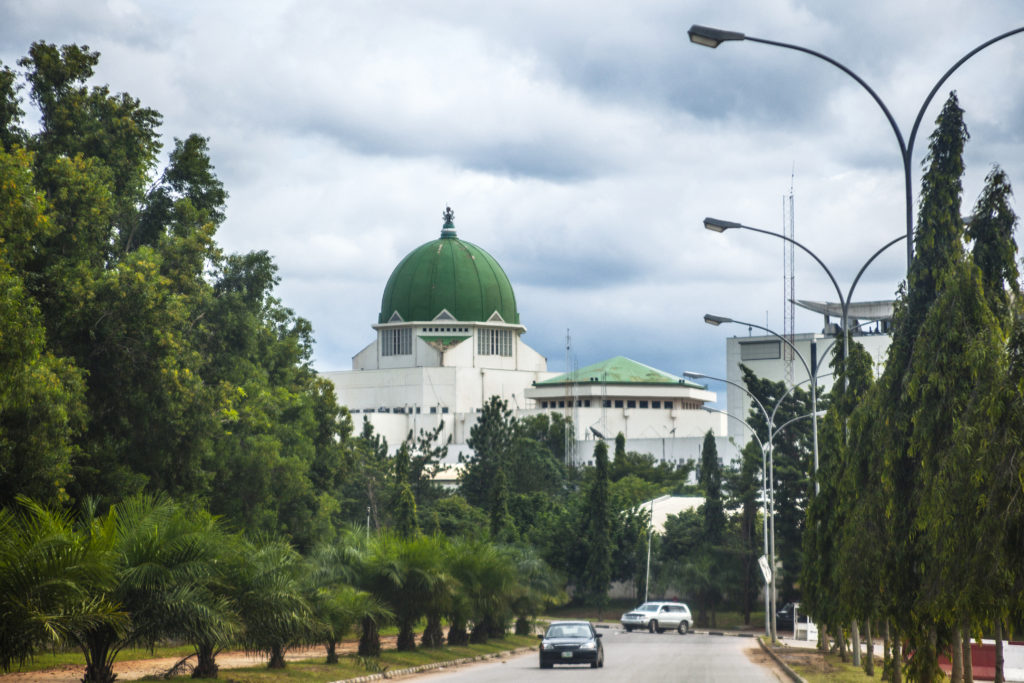 A part of south-west England also claims a deep connection with St Patrick.

The saint, according to local legend, ended his days at Glastonbury - the Chapel of St. Patrick remains part of Glastonbury Abbey.

An Irish pilgrimage to his tomb around AD 688 may have led to the whole King Arthur legend, often believed to be a myth thought up and perpetuated by Irish monks living in the vicinity of Glastonbury.

Pure paddywhackeray, as it were, and indeed St Patrick's Day is still celebrated there with some fervour in normal times.

Montserrat, known to many as the Emerald Isle of the Caribbean, is the only country outside of Ireland to celebrate St. Patrick’s Day as a national holiday.

Festival highlights include outdoor soca and reggae concerts, street parades, pub crawls and food fairs have in the past marked out the day. The tourist board says these will return “when the conditions are right”. 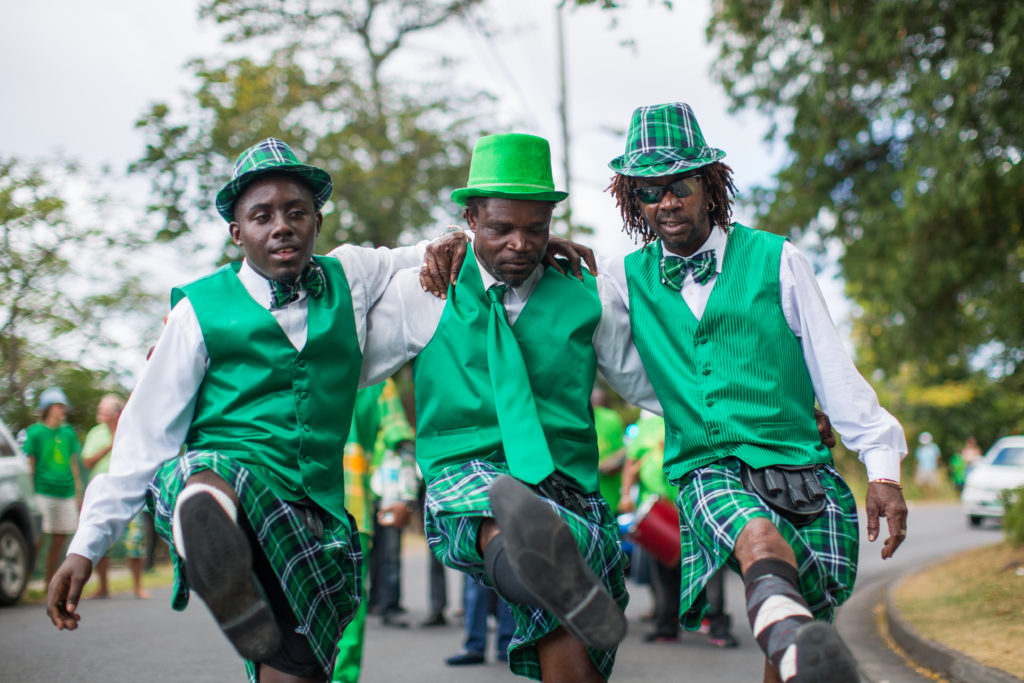 Montserrat, known to many as the Emerald Isle of the Caribbean, is the only country outside of Ireland to celebrate St Patrick’s Day as a national holiday

More staid tributes to the Apostle of Ireland will be paid in St Patrick’s Cathedral, Pune (formerly Poona) in India. The Diocese of Poona was created in 1886, with Jesuit missionary Bernard Beider Linden appointed the first bishop. Thus, St. Patrick's Church became St. Patrick's Cathedral in 1887.

During the pandemic the cathedral closed for six months. It reopened last year with services resuming in August. A St Patrick’s Day mass will be held this year, with full Covid precautions in operation. But there will be no parade through the streets of Pune to mark the day

Saint Patrick’s Day is celebrated in more countries than any other national festival and a limited number of activities will take place globally.

Significant landmark buildings will be bathed in green light, adding poignancy to the day and the extraordinary, unprecedented circumstances that surround it.

From Rome’s Colosseum to the Eiffel Tower in Paris, and from the London Eye to the Empire State Building in New York, Irish people — and many others who enjoy this most Irish of days — will raise a glass or two to this recognition of the primary patron saint of Ireland.