OVER the last 50 years I have met countless rock stars and celebrity personalities and have worked with some of them but without doubt out of all of them non-could be more charming and a pleasure to work with than the legendary Des O’Connor CBE, who sadly died on November 14, aged 88.

Des was born in Stepney the son of an Irish dustman, Harry O’Connor, and a Jewish charlady mother.

He never forgot his poor start in life, which is why I always felt that, even at the height of his spectacular showbiz success, he always seemed grateful and somewhat bewildered that it had all happened to him.

He was so self-effacing and good-natured - the antithesis of so many others who worked in the brash world he inhabited.

He never forgot his Irish roots but as he took the religion of his mother Maude, he always joked that he was the first Irish O’Connor to have a barmitzvah.

Beginning at the bottom of the ladder in 1954, after National Service, his showbusiness career was truly remarkable. 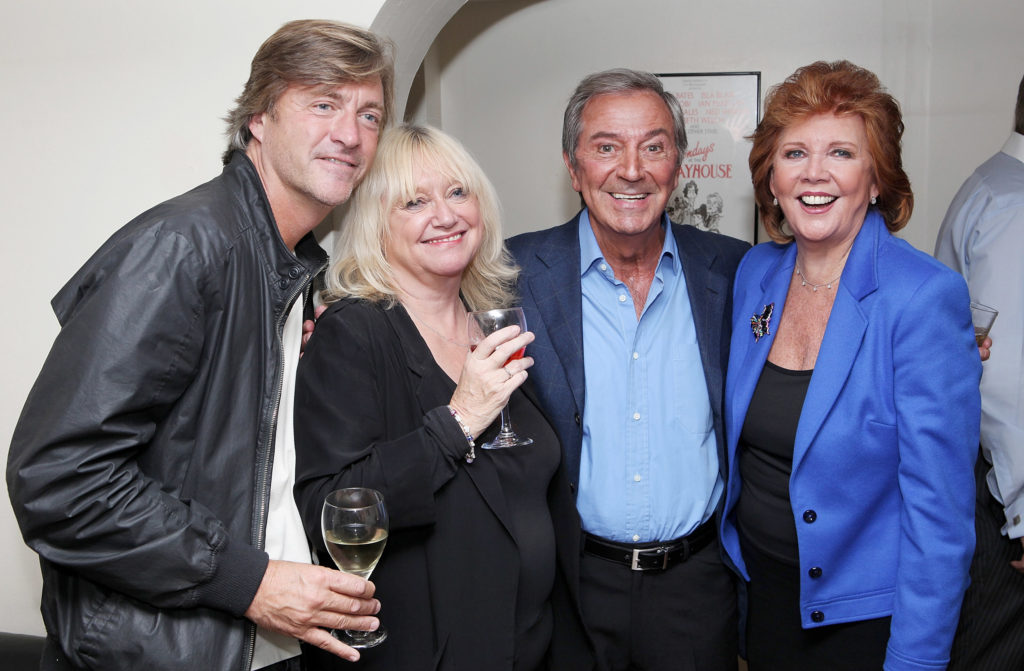 He was the last of those talented all-round entertainers from a different era, who rose from treading the boards at seedy variety venues all around the country as a comedian and singer before moving into television in the early days of ITV, when the light entertainment TV shows were hugely popular on both BBC and ITV.

We may forget that at the time there were only two channels, so they got massive audiences when the live touring variety shows in theatres were declining.

Few could match his popularity on television and it is incredible to remember that from 1963 to 2002 he hosted his own peak time TV show on either the BBC or ITV, followed by Today with Des and Mel from 2002 to 2006, whilst also hosting the hugely successful Countdown from 2007-2008.

I suppose I first met him in the 1970s when I was introduced to him by his producer Brian Penders, when I was working for a record company and we would have an artiste as a guest on his show.

Although he was the star of the show, Des was always warm and welcoming, but at that stage I was only a nodding acquaintance. 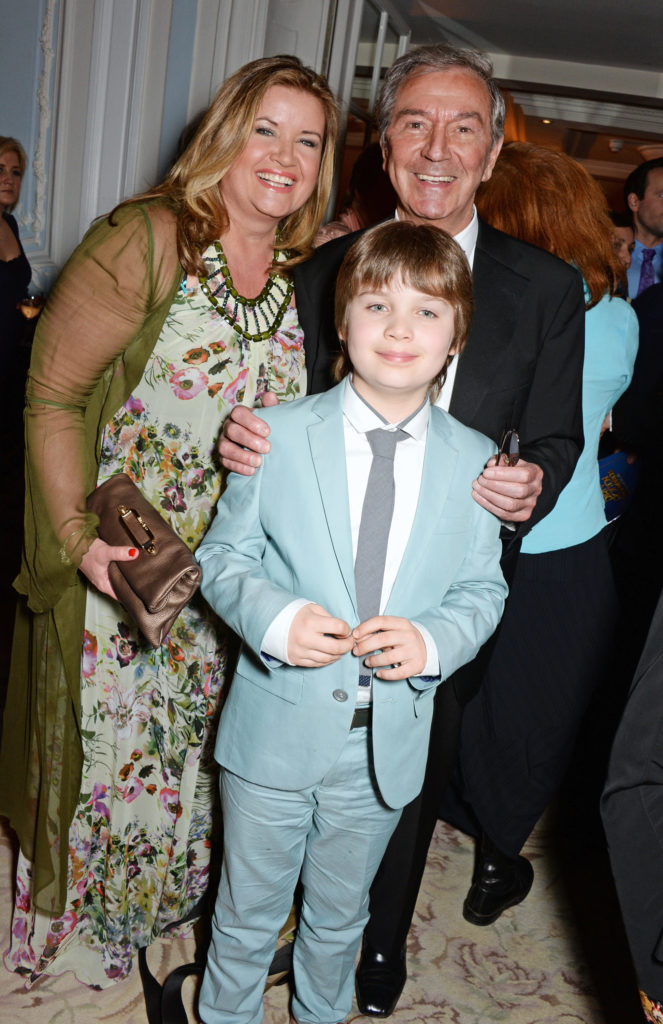 Then in 1980 I set up my office in space within London Management the biggest Agency in London that represented almost all the big names in light entertainment, theatre and film.

Des O’Connor and Morecambe and Wise were clients and I would meet him in the lift and chat, where he was always friendly and funny.

Whilst there an amusing incident occurred which reminded me just how big this unassuming star was.

It was a Monday morning and I was in the loo facing the wall when the elderly Cyril Berlin, the agent who had represented Des for years, came in and stood next to me at the adjoining urinal.

As you do we engaged in polite pleasantries.

I asked him if his weekend had been good and he responded with a long face to tell me that he had broken his rule of a lifetime and had actually taken a business call on a Sunday, something he would never normally do, but he said it was for an important client and had to be done. 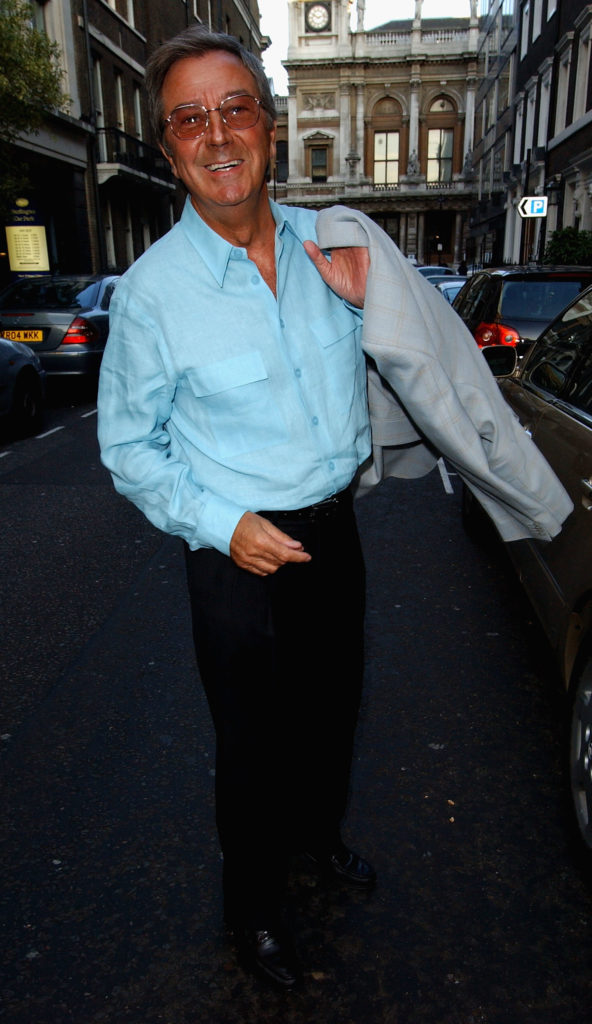 Des O'Connor pictured at the Embassy Club in London

I was bemused as in my world artistes would think nothing of calling you in the middle of the night, seven days a week, for something trivial.

I thought no more about it until getting the tube home that night at Oxford Circus where I saw the front page of the Evening Standard which had a huge headline to say Des had jumped ship to ITV from the BBC for the biggest advance in the history of television.

Cyril’s Sunday call had clearly just made Des millions and a good bit of commission for himself, so I suppose worth disturbing his family lunch, but it made me realise just how successful Des was being a top TV star for what turned out to be a remarkable 40 years.

In 1987, because of the Irish connection and as a favour to me, he invited the Furey Brothers and Davey Arthur to be guests on his show, singing The Red Rose Café.

As he was pulling an astonishing 20 million viewers then, this was a huge boost for the popularity of the Fureys, for which we were very grateful.

As ever he was really friendly with the lads joking with them in the studio.

I really got to know him in 1989 when I was asked to manage a project with him for the top label Telstar. 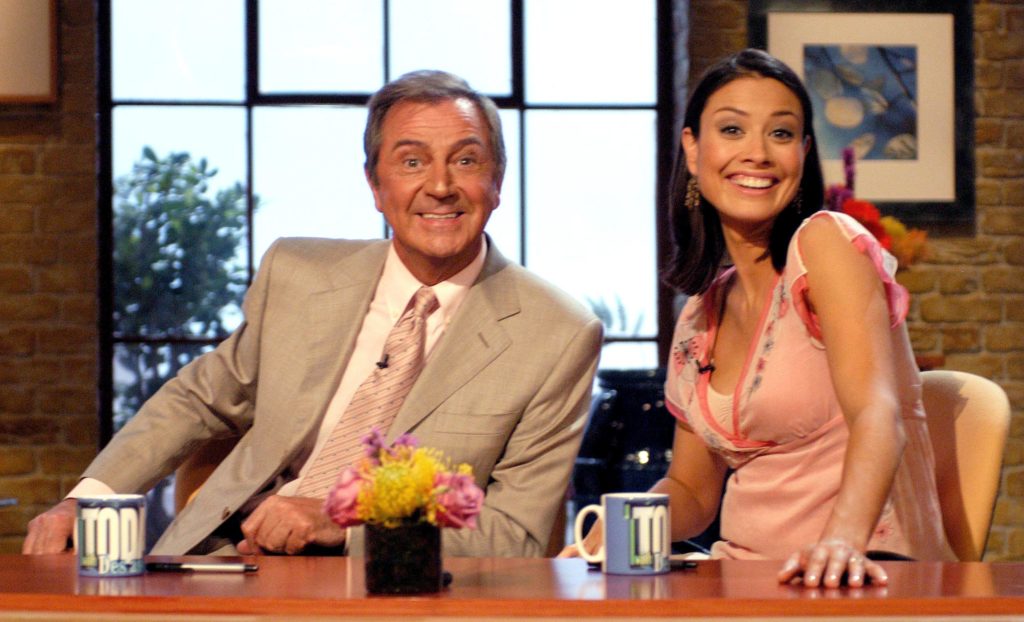 I was to executive produce an album with him, manage the project and then direct the TV commercial and album artwork.

Being the son of an Irish tenor and great with vocals I got Irishman Alan O’Duffy to produce the album and we spent time with Des at his flat planning the sessions.

He was just great to work with and a consummate professional.

We then recorded his vocals at Livingston Studios in Wood Green.

Of course, the notion of a Des O’Connor album was something of a joke after all the ribbing and derision that he got from Morecambe and Wise and on other TV shows, but what people did not know was that Des himself had written some of those gags and went along willingly being the butt of the joke.

In reality Des had a really good voice and having appeared at the London Palladium 1284 times his singing was popular - and with 38 albums he had sold 16 million albums.

Our problem was that just before we were to release our album those Castella Cigar Commercials came on TV. 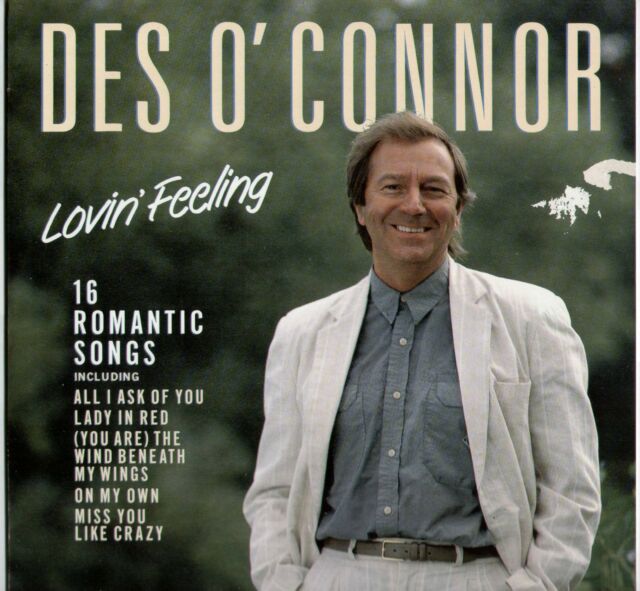 Des O'Connor was a gifted singer

They featured comedian Russ Abbot as a fisherman sitting by a lake contentedly smoking a cigar and with great satisfaction lowering a Des O’Connor Album into the lake off his rod, to drive all the fish to jump out of the water into his net.  It was very funny but cruel.

I then was faced with following it with a serious commercial for the new Des album.

I figured we could either just ignore it, which would be impossible or confront it and so I persuaded the record company to take the more unusual latter route.

I came up with a script that Des loved, in which we set up a replica lakeside scene with a stunt man, who had actually been one of the Mini drivers on the Italian Job, dressed as a look-alike Russ Abbot fisherman as in the cigar commercial.

We began filming Des strolling along singing in the typical manner of those record commercials in a romantic style but towards the end as he broke into How Deep Is Your Love and was passing the back of the pretend Russ Abbot fishing, he casually pushed the back of his chair and tipped him into the lake at Forty Hall in Enfield.

We freeze framed the big splash and cut to a smiling Des as the end shot before the   pack shot. Revenge!

It was funny and worked well and rode the back of the money Castella had spent on their adverts.

Our album Loving Feeling sold well and made the charts and I feel privileged and proud to have worked on it with Des.

Alan O’Duffy told me: “He was a superb man and the album we made he said it was his best singing and it was indeed.

“Thank you for asking me to work on that. It was curiously my last studio-based album before working at ITN.” 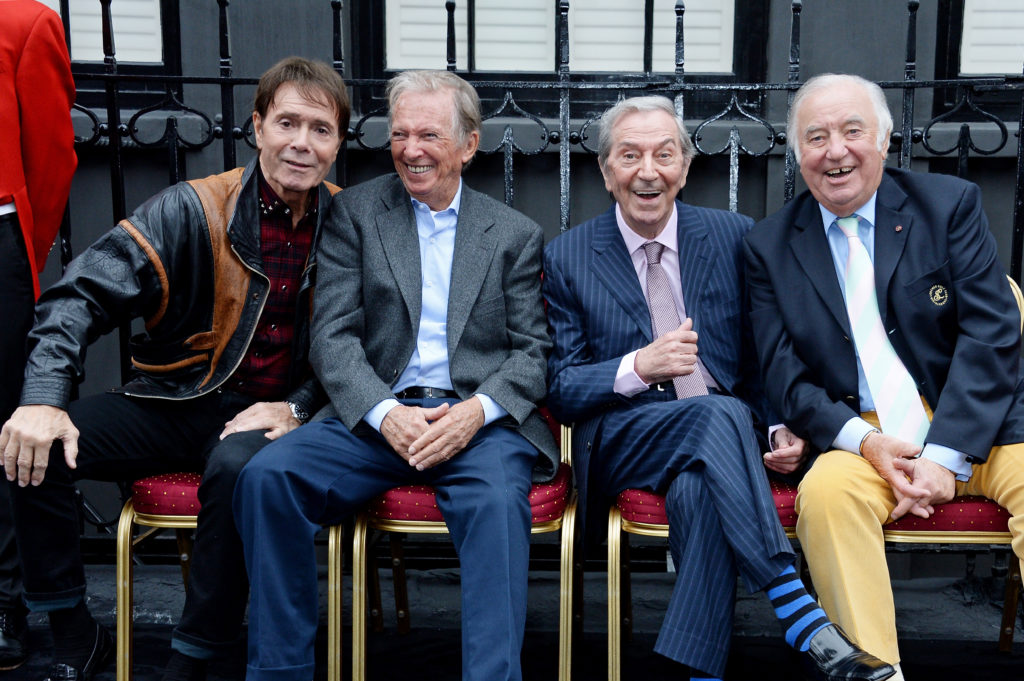 The last time I saw Des was a few years ago when I was walking around Winchmore Hill Green with my brother one evening as we were going for a curry.

I was surprised to see him in the dark standing near his Rolls Royce on the pavement looking lost and asking somebody for the way to the road nearby where Melanie Sykes lived.

We chatted for a while for a brief catch up and I sent him off in the right direction saying we should meet up for lunch soon when he was not on tour.

Alas we never did.

Des O’Connor was the most genial laid-back star that you would never know once had a Worldwide TV audience of 200 million.

With no bad language, religion, politics or sex in his shows, he brought humour and music safely into the family home in the days when families all watched TV together.

That, and his ability to send himself up, made him a beacon in the world of TV entertainment.

His modest background and the family survival from a direct hit by a German bomb in the war predicated his approach to life and he always seemed happy and grateful for what he had got.

Rest in peace, Des, you will be sadly missed.