TRADITIONALLY, SUNDAYS preceding the August bank holiday saw a huge footfall of visitors to the Crawley Irish Festival, latterly held at The Hawth Theatre. It united local people and many travelling from beyond West Sussex. Those who enjoy Irish culture enjoyed a varied programme presented over seven hours.

The organiser and chair of The Celtic & Irish Cultural Society John Nolan, from Co. Carlow, together with his wife Noreen — whose roots are in Co. Tipperary — were at the fulcrum of the event. Along with an organising committee they put together a programme that combined culture, entertainment and heritage.

Sadly, optimism about delivering the 25th festival has led to disappointment. John Nolan has given careful consideration to continuing, but the pandemic has been a game-changer. Regrettably, there are insufficient volunteers to serve on an organising committee to guarantee a safe, professionally run event. John indicates funding is just one aspect; as it’s a ‘hands-on’ event, he needs to be confident of a broad spectrum of back-up, drawing on expertise from others. This appears not to be the case, a result of the pandemic.

It is the end of a great era. 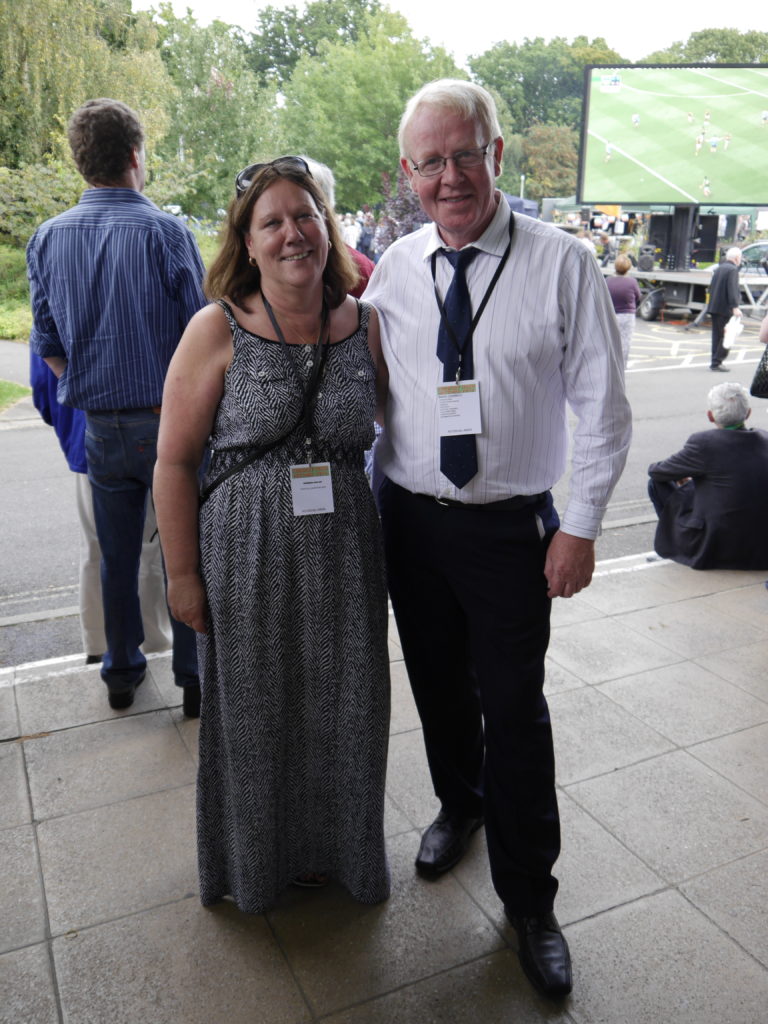 To mark the 21st festival, the then Irish Ambassador to the UK, Dan Mulhall, welcomed organisers, entertainers, volunteers and dignitaries such as Henry Smith, MP for Crawley and Councillor Brian Quinn, to the Embassy for a reception

But no one predicted the pandemic, which impacted when planning of the 25th festival was well advanced. Cancellation was inevitable. John clarified, “The health of patrons, entertainers and volunteers comes first.”

Adrian O’Neill, the Ambassador of Ireland to the UK at the time, tweeted, “Congratulations for past consistency. Cancellation is disappointing but the organisers are to be commended for the responsibility they have shown reaching the difficult decision to call off the festival.”

In 2020, to coincide with what would have been the silver anniversary, Gerry Byrne of Irish Radio invited John to reminisce on what made the Crawley Irish Festival special. John thanked those to whom he was indebted. These included main sponsors: Foundation Developments Ltd, The Killoughrey Group, Coinford Ltd, J Devine Civil Engineering. John confirmed that their valued input, together with funding from the Irish Government’s Emigrant Support Programme and Crawley Borough Council, meant no admission fee applied. People could spend all day enjoying diverse entertainment. There was a main stage with The Irish Post columnist Gerry Molumby at the helm as MC. Traditional, folk and country bands were always featured.

Gerry Molumby comments, “Patrick O’Connell and I from Triskellion Theatre have been alongside John and Noreen Nolan as MCs of the two stages. They’ve been a joy to work with. Planning and delivering a memorable festival takes much advance planning and impinges on your time in summer months. We want to congratulate them for their nearly 25 years of contribution to Irish culture in Britain.”

Patrick O’Connell OBE added, “30 August 2020 would have seen the 25th annual Crawley Irish Festival at the Hawth Theatre. I am sending greetings to John and Noreen remembering the festival now sadly missing from our calendar. It’s one of the few Irish ‘institutions’ that survived for decades in challenging times. Its longevity is due to a willingness to change and present something relevant that audiences came out in droves to support – this takes stamina, courage and perseverance.” 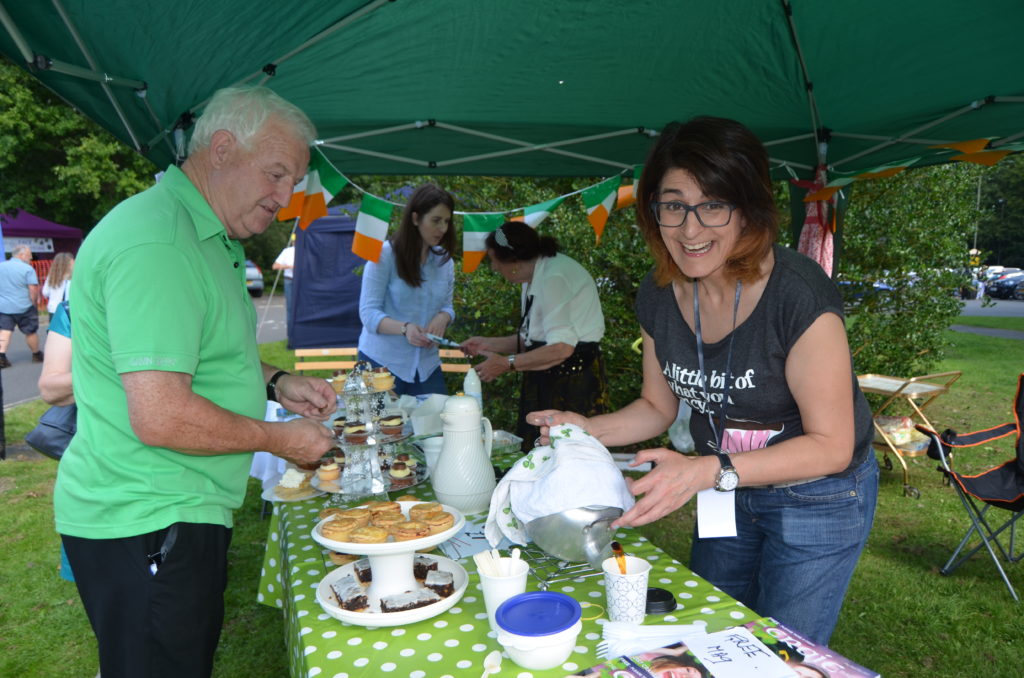 When the festival was in full swing, Patrick would keep things moving at a fast pace on the traditional stage, with his own brand of humour. He acted as anchor man introducing bands, buskers and dancers. There were numerous other attractions – children’s corner, craft/food stalls and outlets, public information stands fronted by charity Irish in Britain as well as other organisations.

A popular tea stall was hosted by mother and daughter team Geraldine — famed for her homemade Irish wedding cake — and Sarah Finucane.

In the radio special further tributes galore came in including from Martin and Annette Logan from Irish TV in the UK who filmed/ televised the event. (See their listing in this paper).

Katie-George Dunlevy, multiple gold medal winner for Ireland as a Paralympic cyclist is a Crawley resident and festival volunteer. Offaly man and former Mayor of Crawley, Brian Quinn, praised the festival’s outreach in promoting culture for generations of the Irish diaspora. He commented, “There would be no ‘Crawley new town’ only for Irish men and women who arrived from the 1940s onwards to work in construction and other industries and then settle with their families.”

Former Mayor is Francis Guidera is Crawley-born but proud of his Irish citizenship; his father was born in Co. Laois. He described the event’s atmosphere as ‘fun and friendly.’

Ann Marie O’Shea a fashion/branding expert who has styled the London Roses was given a showcase. “John’s support for my campaigns has always been terrific.”

At the end of festivals, John could be found at the gate bidding everyone farewell. The presumption was that people would be back next year.

Sadly, that’s not to be.

It seems certain John and Noreen will channel their efforts supporting other Irish endeavours. We can only hope these are as successful as their industry over 25 years with the Crawley Irish Festival.