FORMER Taoiseach Enda Kenny has heaped praise on an organisation in London for a book created in lockdown documenting the lives of the Irish community across the capital.

The Irish Elderly Advice Network (IEAN) published May the Road Rise to Meet You: Irish Elders in Lockdown in December 2020.

The photobook boasts a selection of heartfelt and emotional letters from Irish people living in London explaining what Ireland means to them.

They are accompanied by poignant photographs taken of the letter writers by Eoin Whelan, a London-based photographer, who hails from Limerick, as part of the IEAN project.

“They are images of a resilient, adventurous, and humorous generation - a poignant window into the world of the older Irish of London”, the IEAN explains.

The letters were the idea of IEAN Chair Sally Mulready, who “sought to find ways for older people, particularly those not ‘online’, to stay in touch during these long months of lockdown and isolation”.

Now compiled and beautifully preserved within the book, the letters offer a rare opportunity to learn about the lives of older people within our community at a time of unprecedented isolation and anxiety.

The importance of the book - and the experiences it has captured - was not lost on former Taosieach Enda Kenny, who, having read it, was compelled to write a letter of his own. 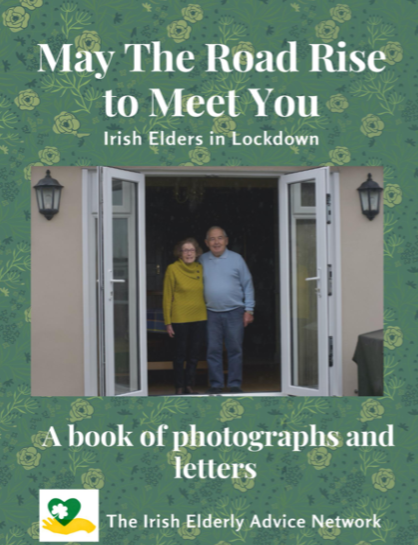 This week the IEAN revealed to The Irish Post that Mr Kenny has sent them a letter thanking them for creating their book.

“What a wonderful book,” he wrote, before confirming “I read it from beginning to end.”

Mr Kenny went on to share some of his own reflections on the publication, stating: “The letters speak of an Ireland that was, but that has changed utterly over the years.

“The nostalgia is reflected in the letters, but the photographs show the faces of experience and courage.”
He added: “Hard to imagine 14 year olds now taking the ferry and train to Euston station and other points not knowing what lay ahead and in many cases not being able to speak English.

“But they left behind an Ireland that had not yet become a modern country, where life was hard if idyllic in some cases, but also where for many ‘the good old days’ were not good at all.”

Through the letters many writers recall their experiences of eaving Ireland and also of arriving in Britain.

Reading them reminded Mr Kenny of his own time as an Irishman living in London, where he recalled “playing football for Guinness Harps in the 70s, the dances in the Galtymore in Cricklewood, and the National in Kilburn, the accents from Galway and Cork, Kerry and Donegal, not to mention Mayo, the beginnings of takeaways and the fights outside the pubs”.

“I recall too the many challenges that Irish people faced over those years,” he added.

But the testimonies of the letter writers in May the Road Rise to Meet You reveal a generation “we can all be proud of” Mr Kenny adds.

“These elders have always proudly proclaimed their Irishness, in forging new relationships, in determining new lives for themselves and their families, and in playing a major part in building Britain and its economy - i’s an Irish skyline,” he states 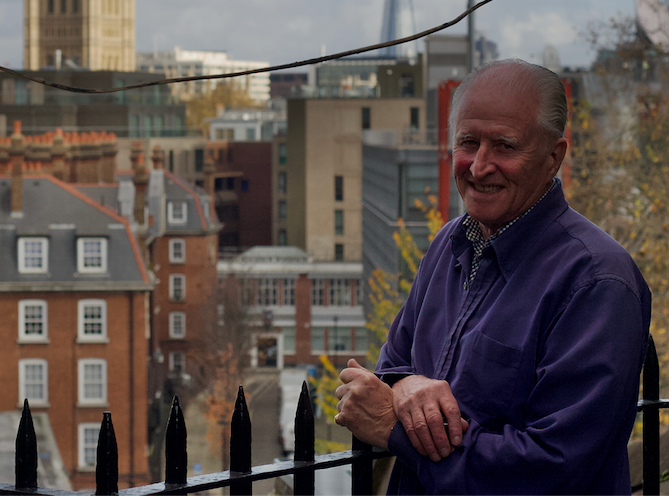 In concluding his letter, the former Fine Gael politician, who served as Taoiseach from 2011 to 2017 and Leader of Fine Gael from 2002 to 2017, thanked the IEAN for creating a book which “like Croagh Patrick, will stand the test of time”.

“These pictures and these stories will still be looked at and read in 100 years,” he said.

“Time is so critical for us all, and in this Covid year it is even more important than ever.

“Thank you Irish Elderly Advice Network for putting this book together - it’s a social history of a generation that met all challenges that came their way. And passed with flying colors.

“We can learn a great deal from their lives.”

The IEAN, which was founded in 1993, is dedicated to combating poverty, isolation and distress amongst the elderly Irish population in and around London.