The most haunted county in Ireland has been revealed

IRISH people love a good ghost story around Halloween, but one of the Emerald Isle’s counties has more spooky tales to tell than most.

From the infamous Hellfire Club in Co. Dublin to the Wicklow Gaol, Ireland has no shortage of scary spots that are genuinely creepy places to be.

But which Irish county has the most ghosts haunting its lengths and breadths? Well, it turns out that none other than County Offaly is the most haunted nationwide.

Not only that, but Offaly is also one of the most haunted areas of Europe – or so a top paranormal investigator has claimed.

According to Irish Ghost Hunters Chief Tim Kelly, the midlands county is not exactly somewhere you’d like to end up after dark on October 31.

"There’s no doubt in my mind County Offaly is the most haunted in Ireland,” Mr Kelly told the Irish Mirror. 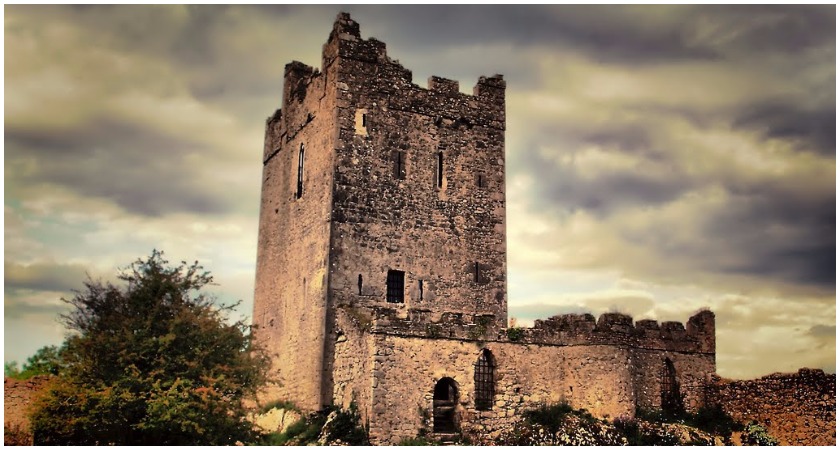 Offaly's ruined Clonony Castle is said to be haunted by a haunted spirit known as 'The Thin Man' (Picture: Flickr)

“Over the years we’ve conducted hundreds and hundreds of investigations and there’s something about it, particularly the energy around that haunted triangle."

The triangle Mr Kelly was referring to are the ancient castles of Kinnitty, Charlesville and Leap – the latter of which is considered by many to be Ireland’s most haunted historic site.

Leap Castle was home to some brutal atrocities in centuries gone by, many of which revolved around the O’Carroll clan who occupied the castle for centuries.

Today the castle is the home of the Ryan family, and while access is restricted, thousands of visitors still flock to Leap every year in hope of catching a sign of the spirits that wander Ireland’s most haunted fortress

Offaly is also home to the abandoned ruin of Clonony – a 16th-Century castle with typical Tudor features including mystery passages and a ‘murder hole’.

The castle was a gift to Thomas Boleyn from King Henry VIII in exchange for the hand in marriage of his daughter Anne – who Henry later beheaded.

Anne’s cousins are said to be buried within the grounds of the castle, and a ghost known as ‘The Thin Man’ has apparently appeared in the past atop its lonesome tower.