Plans for the underground section of the 17km route between Dublin city centre, Dublin Airport and Swords were cut in 2015 because of cost issues.

But the Government are now considering revised proposals that could see more of the track become underground, according to sources at the Irish Times.

The changes are currently being discussed at the highest levels of Irish politics and are part of spending proposals for the next decade in Dublin.

While nothing has been confirmed just yet, the €115 billion capital plan will be published this coming Friday.

Stops along the Metro North route will include O’Connell Street, DCU, Ballymun and Swords Central.

The line will terminate at Estuary in Swords (north) and St Stephen’s Green in Dublin city centre (south) – with the airport roughly halfway between the two.

Take a look at the planned route below… 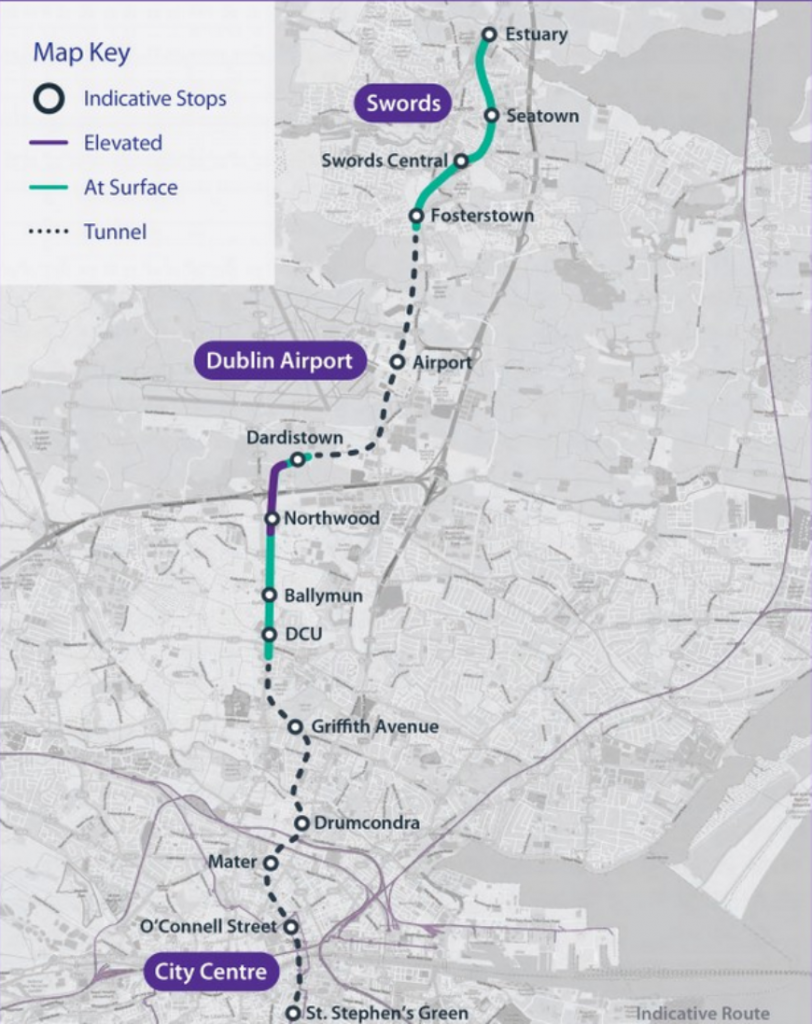