I STOPPED listening. I stopped consuming certain types of news about Ireland a year ago. The miserable stuff about how things weren’t getting better, they were getting worse.

You know the articles about how tourists now rate Ireland as one of the most unwelcoming places in the world; the po-faced sermons about how we were a nation that got drunk on materialism and that the housing boom and banking crisis was just the tip of a crumble that will unfold over the next 30 years.

I stopped reading, watching and listening to this stuff because I don’t believe any of it any more. Don’t get me wrong, I fully believe that the figures, the debts, the statistics and numbers are real. I just don’t believe the daily forecasts and leaps of judgement made by economists who, for the most part, saw none of this coming.

Reports about the Irish spirit being diminished, the attitude of the nation, the consumer confidence index multiplied by the mood of the nation divided by the number of new cars sold in the first quarter can all kiss my arse.

These people, you know the ones, look deep into RTÉ cameras, speak in serious tones, and stand outside Leinster house wearing all grey clothes and rimless glasses while telling us why there is no hope. But they’re wrong.

They are more wrong than they’ve ever been and they’ve been wrong more than anyone in the past 10 years.

I stopped listening when I started to meet some of the people who won’t accept no for an answer; people who had broken the mould and continued to succeed in the face of everything; people who never listen to those who say ‘it can’t be done’.

These are the only ones still standing. These are the people that represent an Irish spirit that can’t be quantified in a quarterly projection.

Over the past few months I’ve interviewed dozens of Irish personalities who have emigrated and found success as part of the Irishman Abroad Podcast. 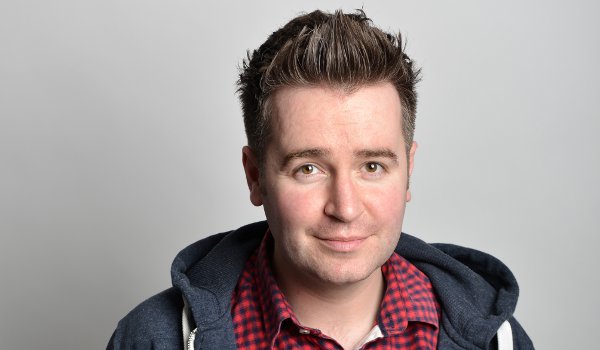 One common idea has come up again and again and again. From actors such as Chris O’Dowd and Robert Sheehan, to writers such as Graham Linehan and Sharon Horgan, from sports people such as Sonia O’Sullivan and Ronnie Whelan, to comedians like Dylan Moran and Dara O’Briain, to varying degrees there is an easily identifiable energy and attitude that is shared between them all.

It’s a belief, it’s an idea, it’s a notion, it is a sentiment that seems to be either hidden beneath or flowing all around the things they have achieved in their lives. It’s not easy to put into words but nothing worth talking about is.

Within every conversation I’ve had with these high achieving Irish emigrants there comes a moment when we get down to “why”. Why did it happen for them? Why is this the situation they find themselves in now?

It doesn’t seem to matter whether they are a musician like Lisa Hannigan or a sportsman like Jerry Flannery, they all describe a resolute decision to get what they wanted no matter what. No matter what work needed to be done, no matter how long it would take, no matter if it meant sacrificing every penny they had.

It’s not a Machiavellian blood-thirsty climb over whoever is in the way approach. To me it is best described as ‘chancing your arm’, in the best sense. These high achieving Irish people are chancers in that they, like so many Irish people down through history, have excelled at taking and making opportunities for themselves in spite of what they were told.

When people speak harshly of how the boom changed Ireland they always forget this aspect of Irish excellence. The tradition, the heritage and culture of making something out of nothing in the face of the worst kind of odds.

The odds appear to be stacked against us now more than ever. The more corruption that’s revealed, the more the men in grey suits tell us we should abandon all hope. But just like every Irishman who’s ever amounted to anything I’m not listening any more.

Jarlath Regan’s acclaimed Podcast, An Irishman Abroad, can be downloaded and listened to for free on iTunes