Where are Ireland’s nine other Euromillions winners now?

THE HUNT is on to find the recipient of a staggering €88million winning Euromillions ticket in Ireland, but what became of the Emerald Isle's nine other winners?

Players across the country will be anxiously checking their tickets in the hopes of collecting the huge sum, but it’s only the third biggest in the history of the draw.

Euromillions was officially launched in 2004 and only had to wait a year before having its first Irish jackpot winner.

Limerick native Dolores McNamara was on a night out with friends in 2005 when she found out she had won a cool €115million.

The fortune catapulted McNamara into 650th place on the list of Ireland and Britain’s richest people, making her richer than David Beckham and his wife Victoria at the time.

Ms McNamara has kept a very low profile since her win, after which she purchased Lough Derg Hall in Co. Clare as well as homes for all six of her children.

Last year, two men were jailed for raiding the home of one of Mrs McNamara's sons.

The second biggest Euromillions win in Ireland happened in 2013 when one lucky player collected €94million at the Lotto headquarters in Dublin.

The winner, who chose to remain anonymous, became the 96th richest person in Ireland after collecting their winnings.

"I'm looking forward to thinking about all the opportunities that are now open to me. It's a really exciting time." 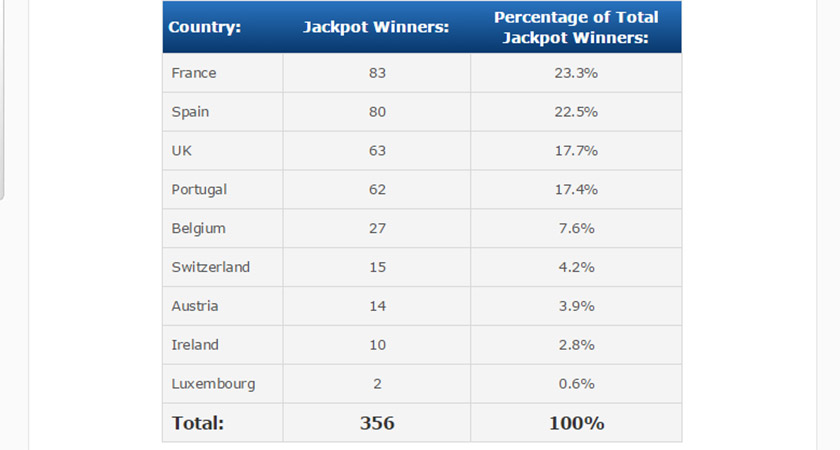 Ireland have the eighth highest number of Euromillions winners in Europe (Picture: Euromillions)
In the same year, one lucky Irishman split a jackpot of €25.6million – which he had won by mistake.

The winner, who opted to remain anonymous, confessed that he had accidentally marked down the winning number of “32”.

"I wouldn’t mind making a few more of those mistakes,” he said.

A number of syndicates have also won hefty Euromillions prizes in Ireland and shared it amongst themselves.

One lucky Irish couple took home a €15million jackpot jackpot in 2008, while an anonymous Irish family won a breezy €29.4million a year later.

A Dublin group took home €86.7million in Ballybrack, Dublin in 2014, and in the same year another family in Castlebar, Co. Mayo scooped €15million. 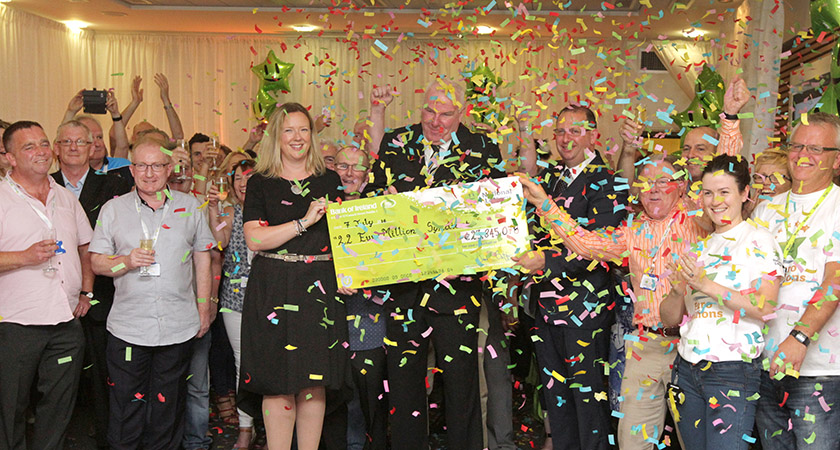 Taoiseach Enda Kenny visited the shop owners who sold the ticket to the family to congratulate them.

As recently as last year a group of friends in Co. Carlow split a €66million jackpot won at a local shopping centre.

The most recent Euromillions win in Ireland was picked up by a group of 22 Dublin bus drivers who took home a €23.8 million jackpot last July.

The drivers drove their busses to the Lotto headquarters in Dublin to collect their prizes.

Craig Shearer, one of the winners, told the Irish Independent that his new found fortune felt like a bonus after beating cancer.

"I was diagnosed with acute myeloid leukaemia two years ago,” he said. “This is like a second win for me.”