AN IRISH wildlife charity has pleaded with the public to properly dispose of their litter, including PPE, after a dead Puffin was found tangled in a face mask.

The Irish Wildlife Trust, an NGO which helps with the conservation of wildlife and their habitations, shared the disturbing photograph on their social media earlier this week, to an outpouring of anger from animal lovers and conservationists.

The image, which was sent in by a follower of the organisation, depicts a dead Puffin lying on a rock with its head and neck tangled up in a the strings of a disposable face mask, commonly worn to protect against Covid-19.

In a short statement accompanying the photograph, The Irish Wildlife Trust wrote simply:

"Someone's thoughtlessness has led to a sad end for a puffin."

Puffins are an iconic bird species in Ireland, visiting the Emerald Isle only between the months of March to September mostly among the west coast, including on sea stacks by the Cliffs of Moher and Horn Head.

The birds are so common on Skellig Michael off the coast of Dingle, County Kerry, that when the Star Wars series was filming on the wildlife preserve, producers were forced to create a new monster, Porgs, as they could not edit the animals out and could not interfere with their breeding grounds. 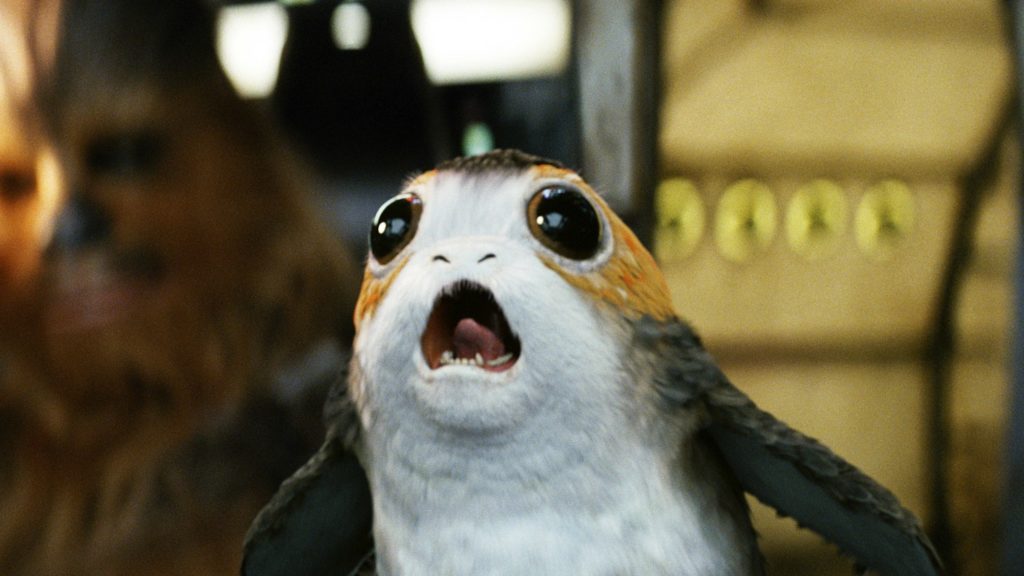 The huge population of Puffins on Skellig Michael were transformed into Porgs for the Star Wars movie filmed on the wildlife preserve (Image: Star Wars/ Lucasfilm)

The puffin is far from the first or the last animal to suffer due to littering, particularly from PPE: in March this year, The Irish Post spoke to an Irish wildlife hospital after they saved a young swan who was being strangled by a disposable facemask in Bray Harbour.

A volunteer with Wildlife Rehabilitation Ireland was  able to remove the mask, and after giving it a quick check, allow the cygnet to return to the wild immediately, but if the item had gone unnoticed or untreated for much longer it could easily have caused serious damage or even death to the swan. 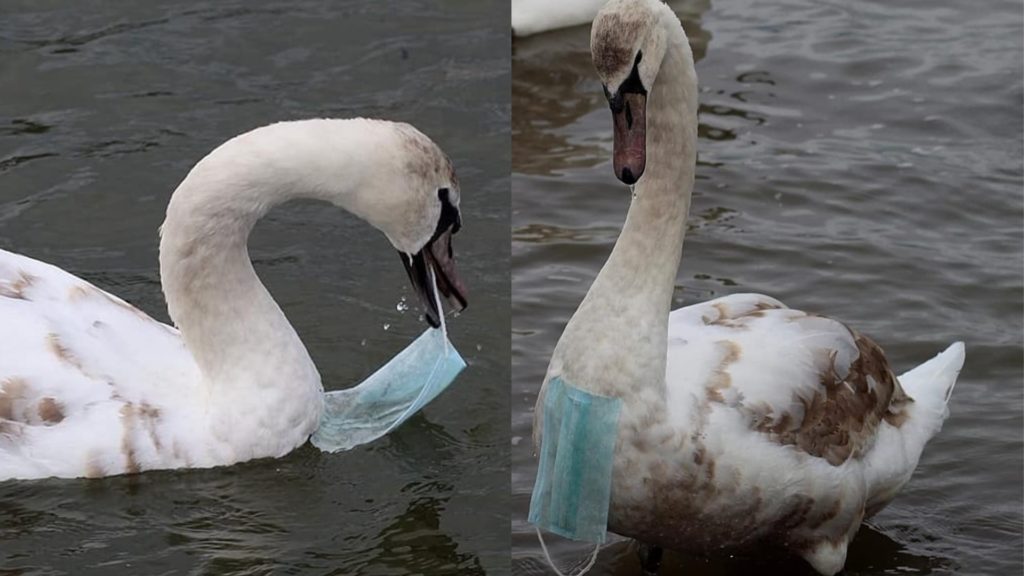 Wildlife Rehabilitation Ireland's Education Officer, Aoife McPartlin, spoke to The Irish Post where she said ongoing littering issues combined with the huge rise in disposable PPE means there is likely to be many more stories like this in the future.

It is vital that people dispose of their PPE properly, Aoife says, particularly single-use facemasks, by cutting the ear strings or easily pulling the strings out of the mask before binning it.

"The ear-string loops can constrict the airways, especially if they wrap around the animal a few times," Aoife tells The Irish Post. "They can cut off blood supply and cause dead tissue and become very serious.

"That swan was very lucky. It was trying to pick off the mask, and it would have done a lot of damage had it remained in its beak area, because it would have blocked it from being able to swallow.

"Or it would have wrapped its way around the beak in such a way it wouldn't have been able to eat at all"-- which may have happened to the puffin in this situation.