GAME-CHANGER: Irish great-grandmother is first person in Britain to get in-heart monitor

Margaret McDermott, 75, (front, left) is 'thrilled' with her progress

AN Irishwoman has become the first person in Britain to be implanted with an in-heart monitor that could prove a game-changer in the treatment of heart conditions.

Margaret McDermott, 75, who lives in Moseley, was implanted with the microcomputer at the Queen Elizabeth Hospital Birmingham last month.

Ms McDermott, whose parents were both Irish and whose husband hails from Co. Tyrone, has seven children, 15 grandchildren and one great-grandchild.

She has suffered with heart problems for roughly 20 years, but claims she is already feeling the positive impact of the pioneering device now fitted in her heart.

“I’m thrilled with how well the operation went and feel so honoured to be the first person in the UK to have had this operation,” she said.

“It’s amazing to think that something so small can find out so much about my heart.” 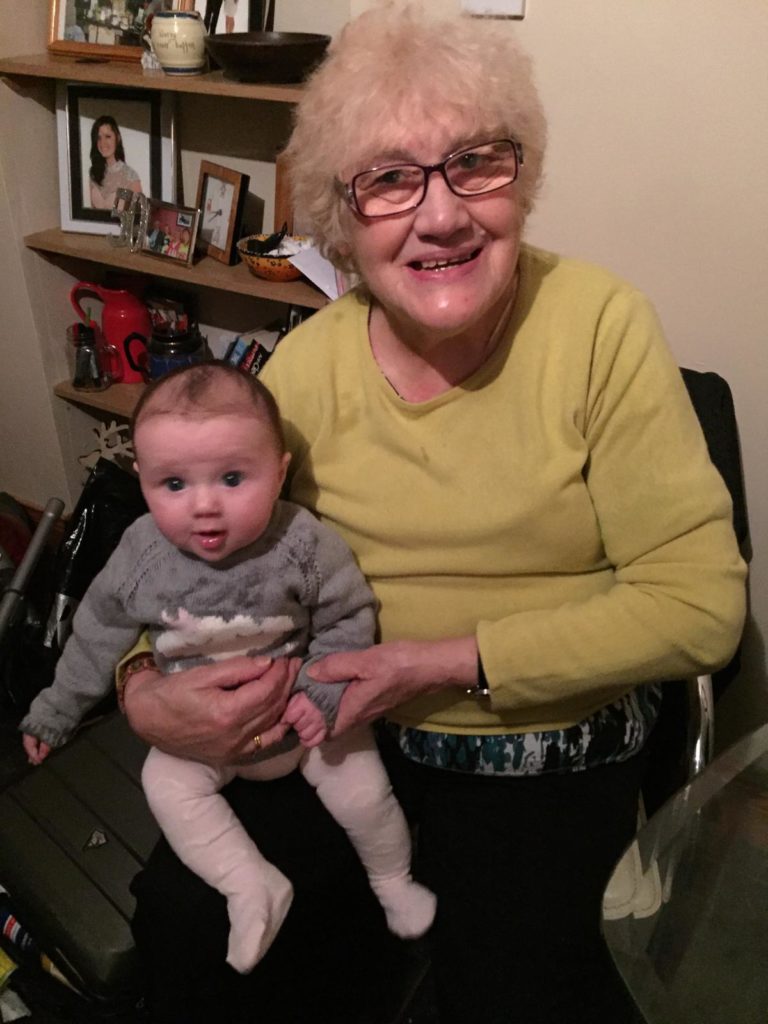 Margaret McDermott with her great-granddaughter Amelia

The device, called V-LAP, is implanted into the heart’s left atrium, from where it provides accurate data about the heart and its performance, including blood pressure measurements.

The information is sent in real-time to hospital staff, with the patient contacted if pressure is too high to ensure treatment can be delivered quickly and prevent water developing in the lungs.

The hope among medical professionals is that by providing regular data, doctors will be able to work with patients to actively manage their health conditions and reduce the need for them to be admitted to hospital.

If rolled out across the country, up to one million people with heart failure could benefit from the new device.

Professor Leyva said: “This new device has the potential to combat three of the biggest problems relating to heart failure disease; low patient quality of life, repeat admissions to hospital and the astronomical cost to the healthcare system of readmissions due to acute heart failure.

“Today, physicians base the treatment of heart failure on external signs and symptoms such as shortness of breath and gaining weight – which appear at a late stage, so the patient doesn’t get the medication they need to stable their condition early enough.

“44% of patients are re-hospitalised within a year from the first acute event, so this device shows real promise in reducing those readmissions, and the costs associated.”

The operation is low risk and takes less than an hour, with patients discharged from hospital the next day following routine overnight observations.

The V-LAP device does not have a battery, and is remotely charged, feeding back data to Prof Leyva and his team as it does so.

The microcomputer, produced by Vectorious Technologies, has already been successfully implanted into a number of patients in Germany and Italy.

Oren Goldshtien, Vectorious’ CEO, said: “We believe the V-LAP monitor is a game changer in helping the one million people living with heart failure in the UK take control and manage their disease.

“We are very excited about running our study now in the UK, and would encourage existing patients at UHB to ask if they could be enrolled in our ongoing study.”

More V-LAP implantations are expected to take place at UHB later this year.