PEOPLE aged over 50 are getting help to get online and use the internet to improve their health and wellbeing.

A new project being run by three charities, is designed to bring economic and social benefits for members of the older community based in two constituencies in south Birmingham.

The initiative, which includes a lending library of laptops, is being led by organisations tackling heath and other inequalities in Birmingham's Edgbaston and Northfield areas.

It has already achieved a boost to their digital literacy plans, with the recent addition of Irishwoman Pauline Roche as the scheme’s Digital Literacy Coordinator.

Neighbourhood Network Schemes in south Birmingham – namely Northfield Community Partnership and Gateway Family Services – working with Age UK Birmingham identified in both constituencies a lack of digital literacy support not only through lack of data but also knowledge and devices.

The partnership was established as a result, to ensure that older people across both constituencies have access to a digital lending library which will provide them with use of a digital device to address digital exclusion.

“There is a pressing need to ensure that older people increase their digital literacy, exacerbated by the Covid 19 pandemic,” a spokesperson for the project explained.

“An estimated 2.7 million people in the West Midlands are still unable to access the internet. “Nationally, according to Ofcom, older people are less likely to have home internet access (18% of over 64s do not have access) as well as those in lower socio-economic households.

“Some economic factors do not allow for ownership of devices and data.” 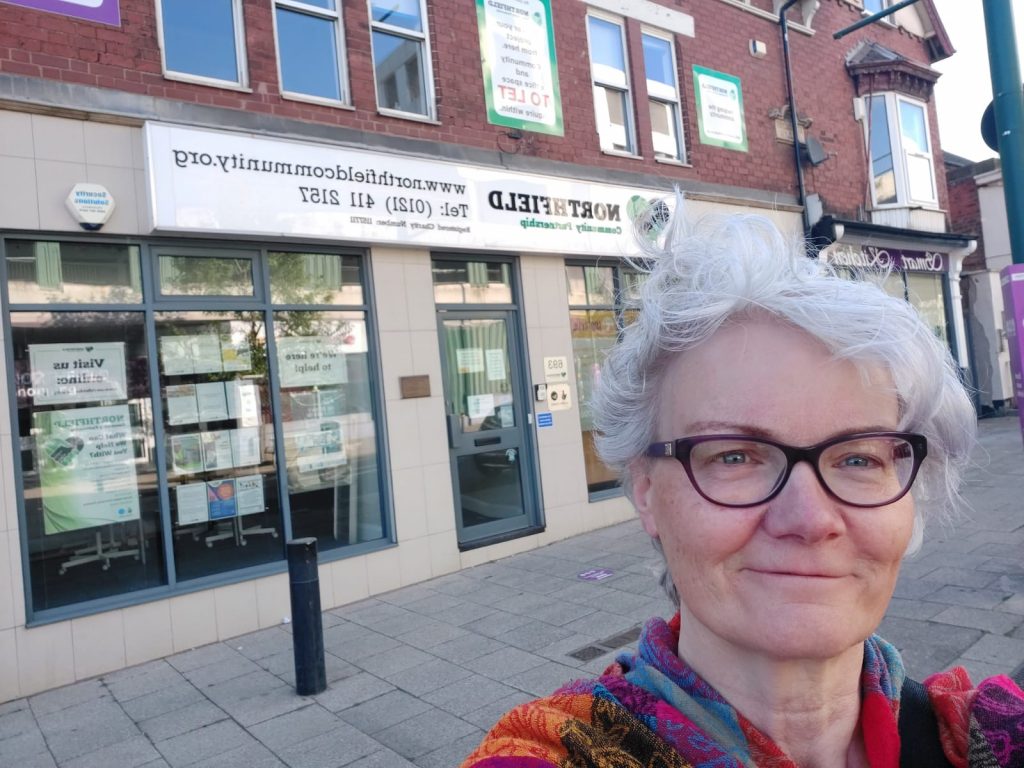 The impact of Ms Roche’s addition to the team has already been realised, the project confirms.

“Pauline's commitment, experience and expertise in increasing digital literacy, especially for people connected with smaller charities is well-known, both in the West Midlands region and nationally,” they admit.

“She has been called "one of the charity sector's best known and most interesting commentators on digital" and has been organising, training, writing and broadcasting on digital inclusion since 2017.”

Ms Roche, a Galway native, was previously a trustee of Irish in Britain and is on the grants advisory panel for the Irish Youth Foundation

Rebecca Debenham, CEO of Northfield Community Partnership, said: “We are delighted to have Pauline on board, she brings many years of experience of working with communities to address digital poverty.

“This project will go a long way to address the digital divide in South Birmingham.”

Of her appointment, Ms Roche said: “I am delighted to be continuing with this important project in south Birmingham, and am currently recruiting a couple of project workers to support citizens to engage in exciting digital inclusion opportunities across Northfield and Edgbaston constituencies".”

The overall aim of the project is to build greater resilience to digital illiteracy in the two constituencies, while the learning from the project will be used to inform the wider work of the ten Neighbourhood Network Schemes that exist across Birmingham.

Funded through the Heart of England Community Foundation, the digital inclusion project will ensure that people aged over 50 will have access to increased digital literacy opportunities through a range of mechanisms and specifically a digital lending library.

If you would like to know more, or get involved with the project, contact Pauline at [email protected]