Irishman takes the best iPhone photo in the world

CORK-MAN Brendan Ó Sé has returned to the Rebel County victorious after being crowned Photographer of the year in the 10th annual iPhone Photography Awards in New York.

The winning photo Dock Worker was taken in April 2016 and is a wonderful, textured shot that portrays the dirty, hard working hands of a dock worker in Jakarta.

"I shot this photo on an early morning photo walk around the docks," he said. "These were the hands of a dock worker who was taking a break."

The iPhone Photography Awards are open to worldwide iPhone and iPad users, with thousands of images from 140 different countries being entered into the competition.

This year's overall winning photo was Children of Qayyarah by Sebastiano Tomada.

Last year the Irishman, whose photography has been exhibited from Cork and Galway to Miami and Jakarta, came first in the iPhone street photography category.

Read our interview with Brendan Ó Sé below... 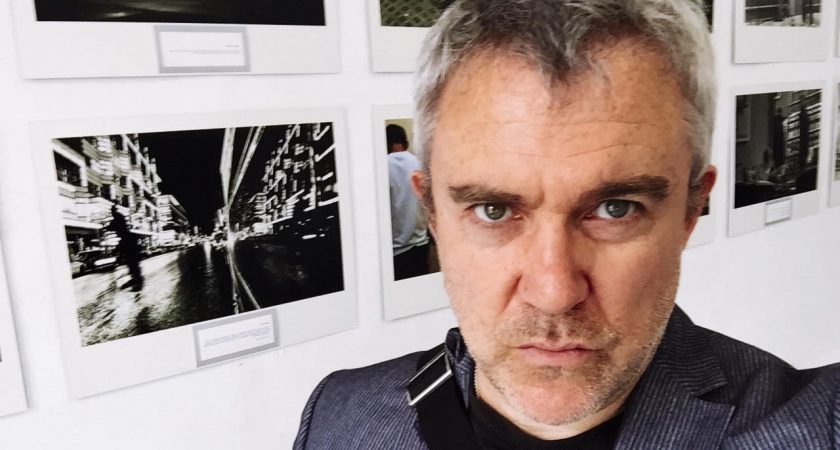 In an interview with The Irish Post, Brendan reveals a bit about himself and what it was like to win the competition...

What inspired you to pick up the camera?

I come from a creative family and have always had an interest in the arts. Photography's been a hobby of mine for years, but I only got seriously into since 2012 when I began to shoot on a daily basis with the iPhone.

People make the mistake to think photography is about cameras. It's not. It is about composition, light, moment and making memories.

You can have the most expensive camera out there and never use it, but with the iPhone you always have it with you and because of that it becomes a great learning tool as you begin to see and think more photographically.

Where is your favourite place to photograph in Ireland and why?

"I love Kinsale which is about a 20-minute drive from Cork city. It has so much to offer.

Its location, by the sea, is so picturesque, and the locals keep the town in such great condition and when the sun is shining the colours really come alive.

And if you are a food lover, there is no better town in Ireland.

What is the story behind the Dock Worker photo?

I was in Jakarta, Indonesia in April of last year and out on a photo walk in docks area of the city with my friend Elfie when we came across a group of dock workers who were taking their morning break.

Their hands and bare feet were encrusted in dirt. I asked Elfie to ask if with their permission I could photograph them. They obliged.

I recall how still they stayed as I got my few photographs. I made images of their hands and some of their feet. The textures of dirt on the skin both hide and reveal.

How did it feel to win the award?

It was a wonderful surprise. I knew the competition would get a huge number of entries from all over the world and that the quality would be really high.

I was hoping I might get a few honourable mentions, so to win first place was fabulous. The best thing about it has been the reaction of my family and friends. It's been so nice to see how have reacted to it.

Have you a great idea for a story? You could Win €500 in our Listowel Writers’ Week writing competition