James Fitzmaurice: Five facts about the Irishman who was first to fly across the Atlantic from east to west

ON this day in 1965, the Irish aviation pioneer James Fitzmaurice died after a remarkable 67-year life.

Fitzmaurice fought in World War One during the Battle of the Somme, before training to be a fighter pilot and eventually achieving an aviation first.

Here are five facts about the flying Irishman:

1. He completed his fighter pilot training the day World War One ended

In 1915 at the age of only 17, James Fitzmaurice enlisted in the British Army, 17th Lancers. He was sent to France, fought at the Somme, was wounded and twice recommended to be promoted to an officer.

From 1917 to 1918, Fitzmaurice was trained at various aeronautics academies, and upon completing his training was due to sail to France on November 11, 1918. Only, that was the day that the Armistice with Germany became effective. Fitzmaurice’s posting to France as a fighter pilot was cancelled after two years of preparation.

Fitzmaurice’s posting to France as a fighter pilot was cancelled after two years of preparation.

2. He moved over to the Irish Free State

Fitzmaurice continued to serve in the RAF until December 1919, when he was demobilised. He moved quickly back into civilian life, spending the next 18 months making his living as an insurance salesman.

In 1921, he was recalled to the RAF, but joined the Irish National Army’s Air Service a year later following the formation of the Irish Free State. Several promotions later, he was made Commandant on September 1, 1927.

Fitzmaurice made his first attempt to fly the Atlantic that year in the Princess Xenia, but poor weather off the Galway coast meant he and his partner had to turn back after five and a half hours and 300 miles. 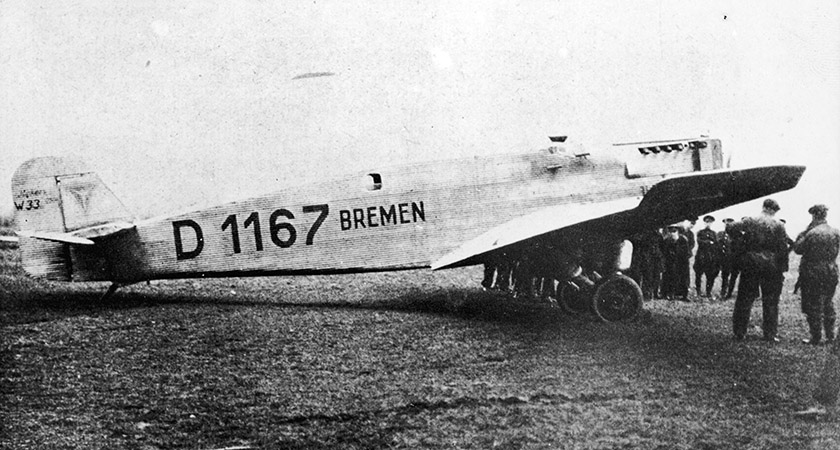 3. His famous flight made him a national hero

On the morning of April 12, 1928 Fitzmaurice, Hermann Köhl and Ehrenfried Günther Freiherr von Hünefeld took off from Dublin’s Baldonnel Aerodrome in the famous Bremen aircraft.

Despite bad weather and compass issues, the men landed the next day on an iced-over reservoir on Canada’s Greenly Island. The plane was slightly damaged in the landing, but the three men escaped with little more than drenched clothing.

Fitzmaurice along with his two crewmates then began a two-month tour of cities in the United States and Europe, where they were welcomed as pioneering heroes.

4. He was decorated by a US President

On June 30, 1928, Fitzmaurice and his crewmates were granted the Freedom of the City of Dublin, the point of origin of their historic flight. 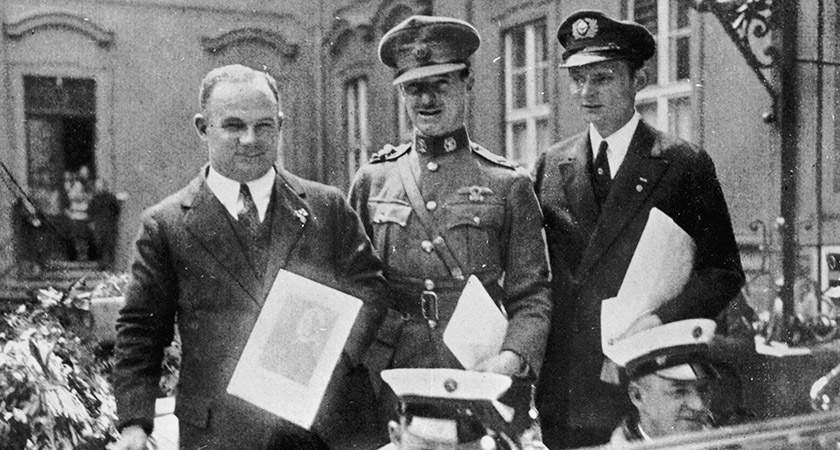 5. His legacy lives on

In February 1996, the Fitzmaurice Flying School was opened in Baldonnel in James Fitzmaurice’s honour. In 1998, for the 70th anniversary of the famous flight, a short film was made profiling the life of Fitzmaurice with a dramatic reconstruction of the flight.

On the forty-fifth anniversary of the flight in 1973, a commemorative plaque was unveiled by the Taoiseach Liam Cosgrave in Balldonnel. The plaque marks the spot where the Bremen took off.

An Post later issued a postage stamp commemorating Fitzmaurice as part of a series of four stamps of Irish aviation pioneers. A link road between Saggart and Rathcoole, two villages close to the Irish Air Corps in Baldonnel, is named Fitzmaurice Road in recognition of his achievements.