Members of the club came together to celebrate Tommy McLoughlin, who has now been the Manager at the popular venue for an impressive 45 years.

Opened in 1970, the centre celebrates its 50th anniversary this year. 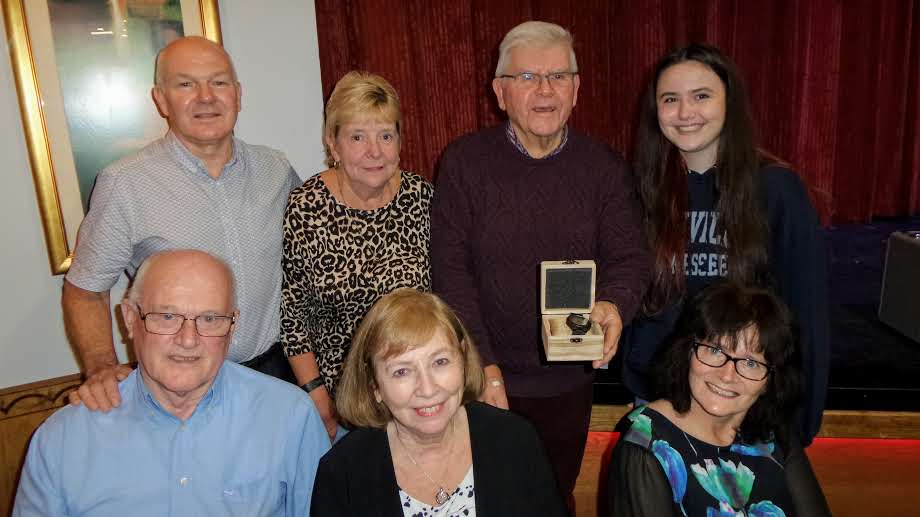 Mr McLoughlin, the driving force behind the establishment for most of those decades, was presented with a watch by members last week, to mark his magnificent milestone.

Planned celebrations for both anniversaries have had to be postponed due to the coronavirus pandemic.