THIS year’s Manchester Irish Festival runs until Saturday March 19 with a packed line-up planned over the coming week, including a grand parade on March 13.

The festival, of which The Irish Post is the media partner, is this year celebrating its 21st anniversary.

100-year-old Maggie O'Malley will also be present on the night.

Maggie was born in Co. Mayo a couple of months before the 1916 Rising. As the evening's special guest she will focus on what Ireland and its Diaspora has achieved over the last 100 years. 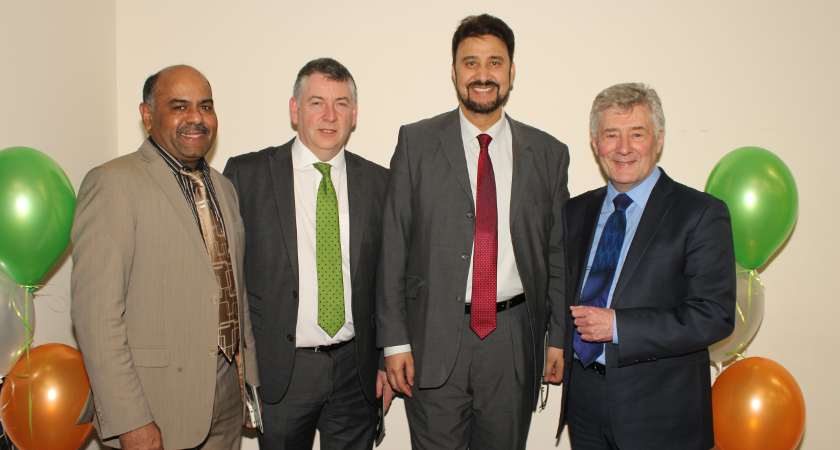 The Manchester Irish Markets will remain open until Sunday, March 13.

For many years, Irish traders and local Manchester Irish businesses and charities have set up stalls on the cobbles of Albert Square (just outside Manchester Town Hall), giving a great Irish community feel to the city centre.

Drop by to sample the best of Irish goods, souvenirs, food and drink.
Sunday, March 13
Manchester’s St Patrick’s Parade - celebrating 26 years of the parade in Manchester

Before the parade, a Gaelic Mass will be said at the Irish World Heritage Centre, Cheetham Hill from 9.30am with the Redemptorist Centre of Music Concert Band from Limerick City taking part in both.

The parade will leave the Irish World Heritage Centre at noon, and will make its way to Manchester Town Hall for around 1pm.

This year the parade will focus on Myths and Legends to mark 21 years of the Manchester Irish Festival.

Walk the Plank who have previously assisted in Derry Capital of Culture and the Manchester Day Parade, have worked with five county associations (Donegal, Galway, Longford, Mayo and the Claddagh Association of Irish Dance) to being a special quality to the festival.

Look out for the Galway races, St Patrick and the snakes, Grace O’Malley, and the fishermen and women of Donegal. 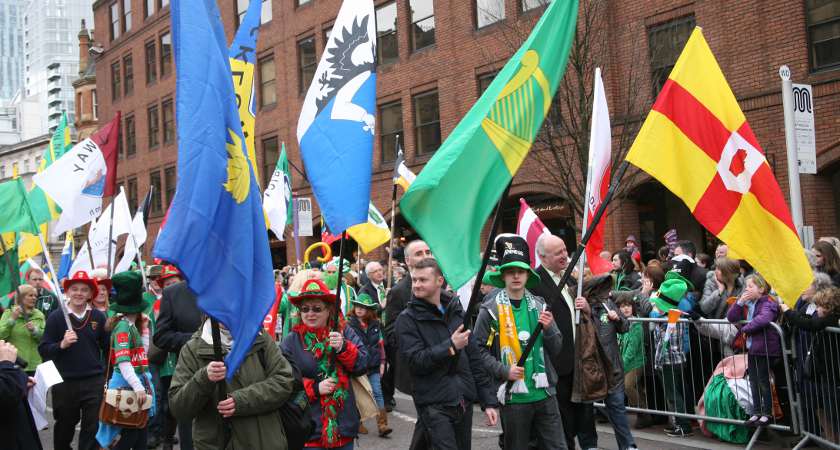 History of the Manchester Parade...

Ever since 1992, the parade has made its way to Manchester Town Hall, Albert Square.

In previous years, we have been joined by Taoiseach of Ireland Bertie Aherne, and Ministers Brendan Smith and John O’Donaghue.

Tens of thousands of people turn out every year to join in the celebrations and watch the parade as it makes its way into the city centre.

After the parade, Céilí and Set Dancing will take place in the Great Hall, Manchester Town Hall from 2pm.

The Irish Associations in Manchester are holding a night of music, dance and storytelling in a traditional ‘Around the Fire’ tradfest.

The associations play a crucial role in Manchesters Irish community and during the festival.

Free and open to all.

This year, the Manchester Town Hall will not be turning green, rather the Town Hall and its clock will turn the colours of the Irish flag to mark 21 years of the Manchester Irish Festival, and to commemorate 100 years since 1916.

The main clock face on the Manchester Town Hall will be white to symbolise this iconic year and peace in Ireland.

Where events are taking place...