IT costs almost 10 times less to live in the cheapest area of Ireland compared to the most expensive, new figures reveal.

The latest Residential Property Price Index from the Central Statistics Office (CSO) shows that – shock horror – Dublin 4 was the most expensive area to buy a house in Ireland in 2017. 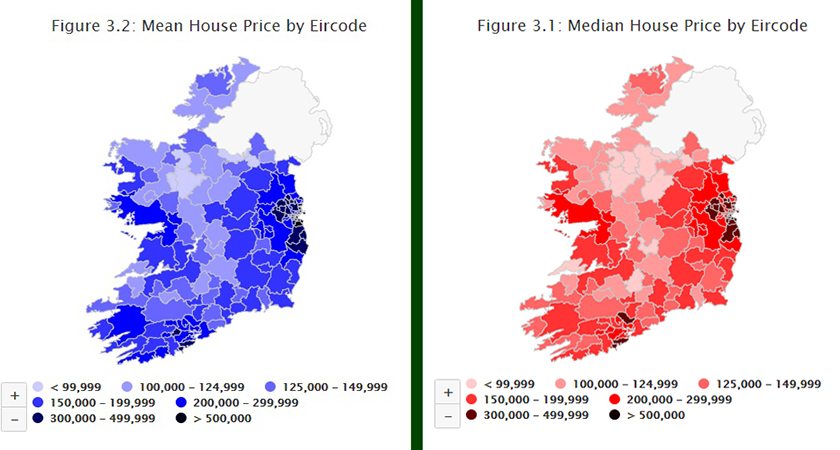 So where's the cheapest place to live in Ireland? No prizes for guessing that it’s out west – with the Eircode of Castlerea in Co. Roscommon having a mean price of just €76,025.

That’s just under ten times cheaper than living in Dublin 4 – a great deal if you don’t mind living next to the River Suck (it exists).

Ballyhaunis in Co. Mayo (€76,098) and Clones in Co. Monaghan (€84,420) were the second and third least expensive Eircode areas, with Connaught the cheapest province to call home overall.

You can take a look at the Residential Property Prince Index 2018 here.

How many people now live in Ireland and how much has the population grown since 1956?