A POSTCARD sent by a 'hero' on board the Titanic weeks before it sank has gone up for auction.

The 'exceptionally rare' letter, sent by Chief Wireless Operator Jack Phillips, who turned 25 years old on the fateful voyage, was written to his sister Elsie from Belfast on 7 March.

The RMS Titanic hit an iceberg and sank to the bottom of the Atlantic ocean on the early hours of 15 April, 1912-- weeks after the young radio operator sent the loving message to his sister.

Sent to an address in Surrey, Jack wrote: 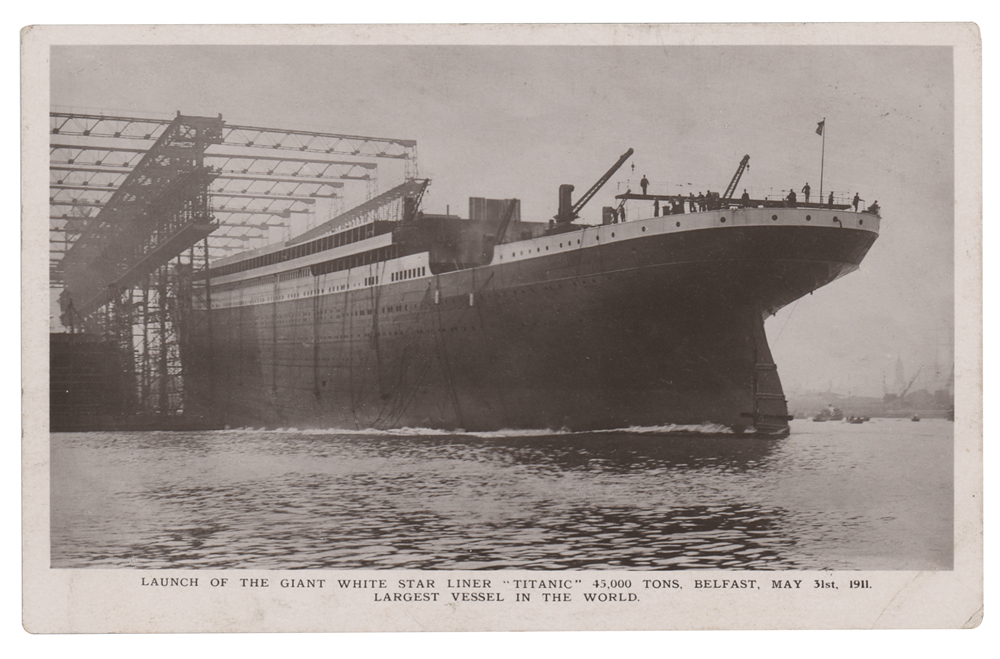 Jack Phillips would go on to be known as the man who remained at his post, attempting to contact nearby ships for assistance as the Titanic began sinking, abandoning ship only when water began lapping at his feet.

He was described by the Titanic's junior radio operator, Harold Bride, as "the man who saved us all".

Despite his heroic actions, Jack died in the freezing Atlantic in the morning of April 15, having ended up on a lifeboat which overturned, and dying from exposure like thousands others. 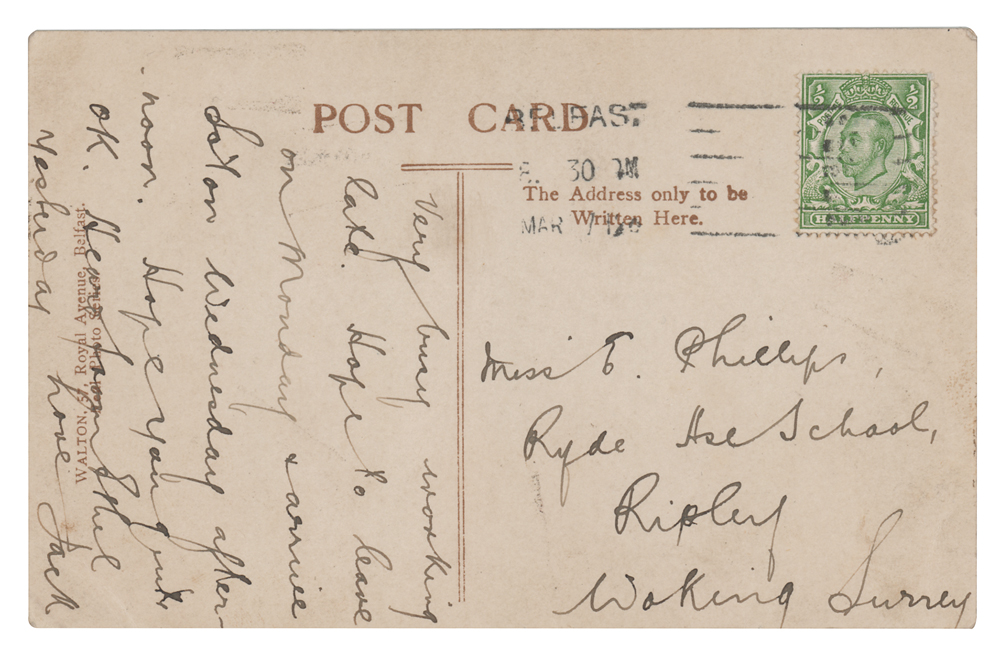 The postcard from Jack Phillips to his sister, weeks before he helped save countless lives by contacting other ships for assistance (RR Auction)

His story is shared by auctioneers RR Auction, who expect the historic postcard to fetch up to $15,000-- they write that Jack's sister, Elsie, saved up to 300 letters from her brother, who kept in constant contact with her during his career as a radio operator.

This postcard is special, however, as it was sent days before the ship set sail for the first time, and just weeks before the catastrophic sinking.

It is in excellent condition and bears an image of the Titanic on the front-- you can read more about the postcard or make a bid on the RR Auction website here.