THE world’s largest vegan burger has been recorded in Northern Ireland weighing in at a whopping 162kg and measuring 1.2metres in diameter.

The record-breaking burger was created by the food producer Finnebrogue Artisan.

It was made by 10 colleagues based at the plant-based facility, which is in Downpatrick, Co. Down, and was equal to them creating 1274 of their standard sized naked evolution burgers.

Once the team at the Guinness World Records had verified their record, the huge vegan patty was shared between staff members as well as the local homeless community.

The £30million Finnebrogue Artisan facility was launched in December 2020. 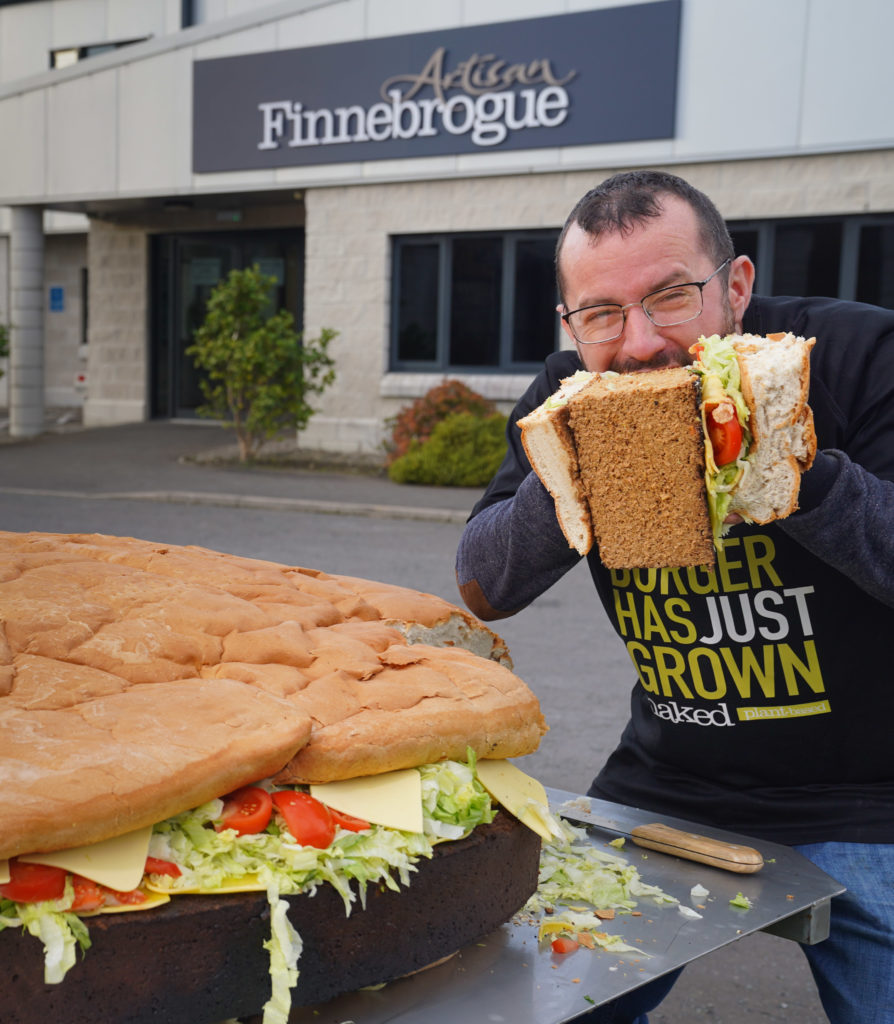 Commenting on what was required to set the record, Anthea McAuley, Finnebrogue’s Communications Manager, said: “All ingredients had to be verified as vegan.

“We used our own Naked Evolution Burger recipe, which we launched in September 2021, and worked with local bakery, Irwins, to create a vegan bread bun.”

She added: “To avoid food waste on the day, which is in line with our own policies and that of the Guinness World Records, we donated some finished burger to homeless charity, The Simon Community. Our staff also enjoyed the burger for their lunch.

“All stages of the record attempt was evidenced and verified by independent experts before the adjudicator confirmed a record was set.” 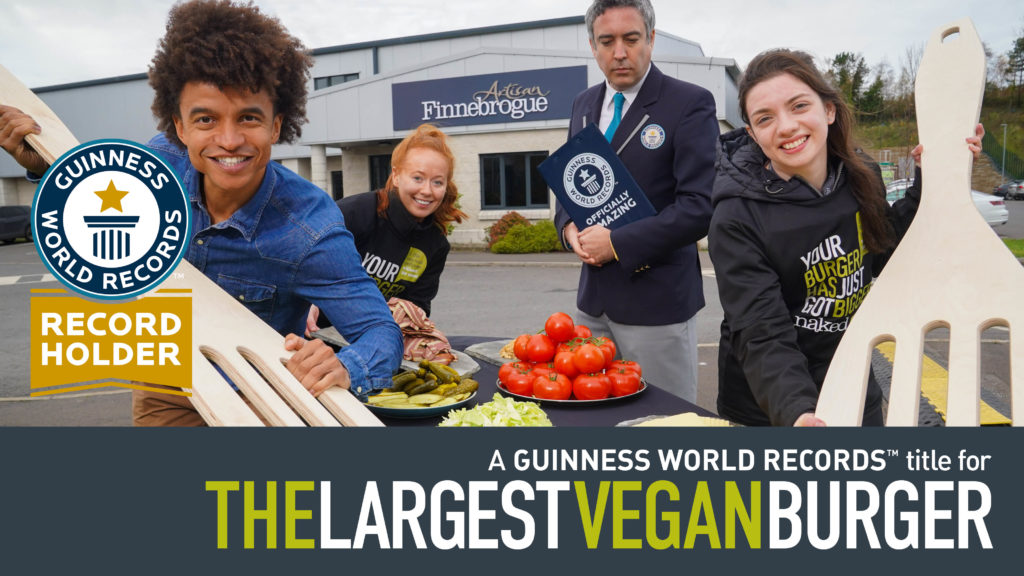 “We were set a target weight of 100kg, but we knew from the outset we wanted to exceed that.

“The team included representatives from NPD, marketing and engineering; and together we designed and built everything, including a swing to aid turning the patty during cooking. That was perhaps the most challenging part of the record as we didn’t want to break the patty.”

He added: “The patty took almost nine hours to cook so the day was long. However, when we added all the condiments and Jack revealed the weight of the burger, we were elated!”

The Guinness World Record for largest vegan burger was set at 162.5kg, which is almost 40 per cent heavier than the target weight of 100kg.

“It takes some considerable planning and organisation to pull off a feat of this magnitude.

“They observed the strict guidelines provided by Guinness World Records to the letter, and it was a pleasure to witness such a dedicated team at work.”

A multi-million pound project will transform the village of Hillsborough in Co. Down