MICHELIN star chef Richard Corrigan will be on the judging panel for this year’s BBC Food and Farming Awards alongside acclaimed chef Raymond Blanc.

The awards will celebrate the people and organisations in Britain who produce and sell quality food.

BBC Radio 4 launched the categories for the 2014 Awards and opened nominations on Sunday 5 January.

Richard Corrigan said ahead of the awards: “We’re always amazed by the stories that come in to us as judges, and we never know where in the UK the nominations will take us.

“From visits to cheese-makers and dinner ladies to farm shop owners and national retailers... but we care about each and every one, the stories are inspiring”.

Corrigan has an extensive culinary career that led him to spend several years in the Netherlands, become head chef of Mulligan’s in Mayfair in London and to achieve his first Michelin star when he was head chef of Stephen Bull in Fulham, London in 1994. 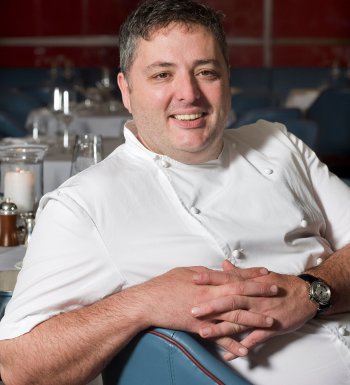 He then went on to open Lindsay House in Soho, London, and was awarded a Michelin star there in 1997. He later bought and refurbished Bentley's in 2005, just off Piccadilly and went on to open Corrigans Mayfair in 2008.

This year’s judges for the awards include two restaurant chefs, a prison cook and a food blogger who are all leading a BBC mission to find the very best in British food and farming.

Corrigan and Blanc are being joined by Al Crisci, the founder of the Clink restaurant in Highdown prison; blogger Jack Monroe; cook and writer Valentine Warner and critic and broadcaster Charles Campion on the 2014 judging panel.

Presenter of the Food Progamme and one of the founders of the Awards in 2000, Sheila Dillon said: ‘‘They’re your awards, which are set up to highlight the achievements of people, mostly working under the media radar, who add to the quality of all our lives.’’

The winners will be announced at the awards ceremony at St George’s concert Hall in Bristol on Thursday 1 May 2014.