The humble beginnings of a flamboyant Irish poet

The mighty Madge Herron was born in a farmhouse on December 12, 1915 near Fintown, a small village on the banks of Lough Finn, Co. Donegal.

Her mother had borne nine children before her.

Her upbringing was understandably tough, her family struggled to feed and clothe their many children, and her father was also a troubled alcoholic who died when Madge was just five years of age.

Despite all obstacles Madge would forge a new life for herself in London and a poetic career would blossom from the ashes of her troubled childhood.

Here is a poem she wrote in memory of her father...

March is by far the cruelest month
The whirl of the seed in the womb of the goat
The soiling of ether on limestone rock
He died with the Spring, the clutch of the season.

The Irish woman had an eccentric and fiery temperament

Herron became well known for her poetry, as well as her eccentric and fiery temperament - potentially perpetuated by her move to London shortly after the end of the Second World War.

It was during her time in London that she became a highly revered presence on the poetry scene during the 1970s and 1980s.

She possessed a domineering stature combined with an uplifting voice reminiscent of Dylan Thomas, yet was often described as ‘her own worst enemy’ due to her opinionated nature and disregard for the publication of her work, which left many of her moving poems under appreciated.

This is precisely why her niece, Patricia Herron has now written the book ‘Madge: Portrait of Donegal Actress and Poet Madge Herron’ in an effort to remember more than just the enigma of Madge, but also her touching life’s work. 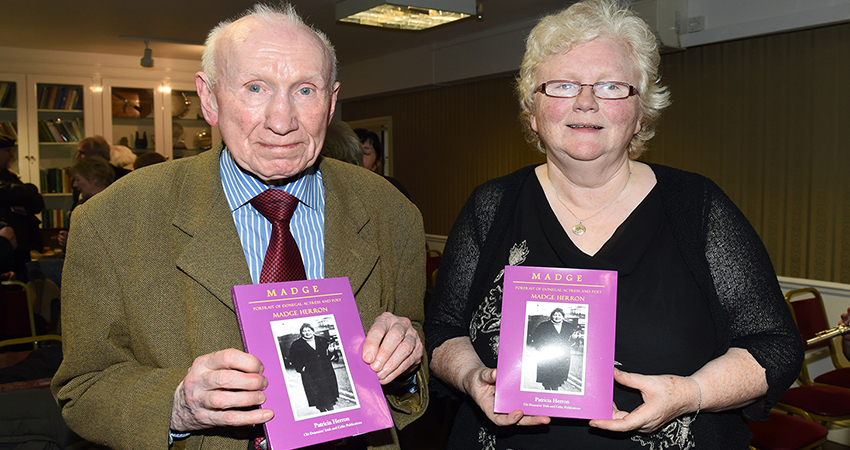 It was during her teen years that Madge's creative spark was first ignited.

She wasted no time and subsequently made her way to study at the Abbey School of Acting in Dublin with the same steely Irish determination she’d harness throughout her career as a poet.

It wasn’t long until she was moving to London and attending one of the oldest and most reputable drama schools in Britain -  the Royal Academy of Dramatic Arts.

At RADA she continued to work on her creative talents while funding herself through domestic service, displaying a raw determination to make a success of the creative career she aspired to...but on her own terms.

Before deciding to concentrate her efforts solely on her poetry, she became a film actress for a short while.

Despite her illustrious drama schooling, it was her poetry which has subsequently stood the test of time and delighted readers and critics.

The BBC endorsed her talent as ‘perhaps the best work of any poet this century’.

She was also a mentor to many young and established poets.

In 1977 RTE broadcast a radio documentary about her life and poetry and in 1979 she made her way home to Ireland for one night to give a poetry reading at the Peacock Theatre in Dublin to more critical acclaim.

Despite the notoriety she gained during her lifetime, in poetry circles in London and beyond, she continually declined offers to publish her work, out of her life-long devotion to the spoken word, preferring to perform her poems from memory.

The main themes of her poetry included God, spirituality, nature, her motherland and love. 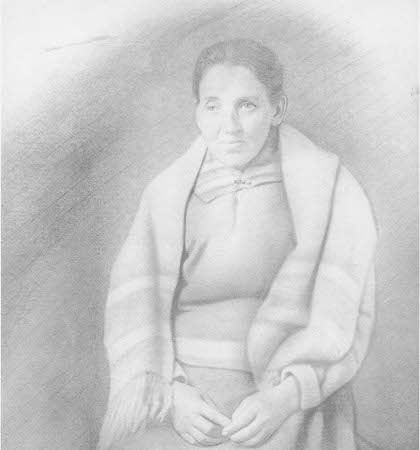 'She loved her dogs. She went to Westminster Cathedral for two weeks after one died and had a Mass for it every day'

Her habit of keeping stray cats and dogs and her disregard for keeping up physical appearances led many to believe that she was ill and homeless - a myth her niece Patricia Herron was determined to dispel.

Herron moved between two properties on Fortress Road and Islip Street, she was never homeless nor ill.

She was a well-known figure in North London, often seen with shopping bags and dogs in tow, shouting her epic verse at passers-by, the streets becoming her stage.

Below is part of a poem dedicated to her beloved dog who passed away in London, she self-deprecatingly described the poem as ‘very silly’ in a radio documentary presented by Kevin O’Connor on RTE in 1977, yet her words are deeply moving.

“It’s raining in the window
The light is growing thin
And I must cross the fields
And fetch the cattle in.
And barking in the shadows
You will follow me along,
While I’ll pretend I’ve lost you,
My darling little one.”

Patrica Herron said: “They would say she was a good poet, eccentric, but then add derogatory things about her appearance, about how she kept dogs and cats.

"A lot of the stories and anecdotes like this meant that was all she was being remembered for, not the poetry.”

Perhaps it was not Herron’s appearance, or her distaste for writing her work down that kept her talent somewhat shrouded in mystery, but instead it could also be accredited to those moving in literary circles and their confusion and misunderstanding over her temperament and appearance.

Even those championing her work were not prepared for her own enigmatic brand of fire and her rare gift.

Madge Herron’s poetic justice may come too late for her, after her passing in 2002, however it’s the very least her work and mystifying legacy deserve.

Her poetry is published in Aquarius, Pillars of the House, An Anthology of Verse by Irish Women. (Ed. A.A Kelly, Wolfhound Press, Dublin 1987), and Love Poems by Women: An Anthology of Poetry from around the World and through the Ages - edited by Wendy Mulford, Fawcett Columbine, New York, 2000.

The London Irish Centre in Camden was the venue for the London launch of Madge, a portrait of Donegal actress and poet Madge Herron, written by her niece Patricia Herron last month.

See our gallery below for pictures from the launch night...