DUBLIN artist Gerard Byrne has returned to Dingle in Co. Kerry to exhibit his work for the first time in 14 years.

The artist, whose works hang in Irish Government buildings, at Dublin Castle as well as in a number of foreign embassies – including the Irish Embassy in Beijing, brings his latest exhibition To The Sea to the seaside town.

Fittingly, it is a collection of work inspired by his recent summer staycation enjoyed in Dingle and pays homage to its landscape, as well as the “power of the ocean and its imprint on the west coast of Ireland”.

His last solo exhibition in Dingle was at the Greenlane Gallery in 2007.

This month he finds himself back at that gallery, with his Wild Atlantic Way & Great Blasket Island exhibition set to run there until early next year. 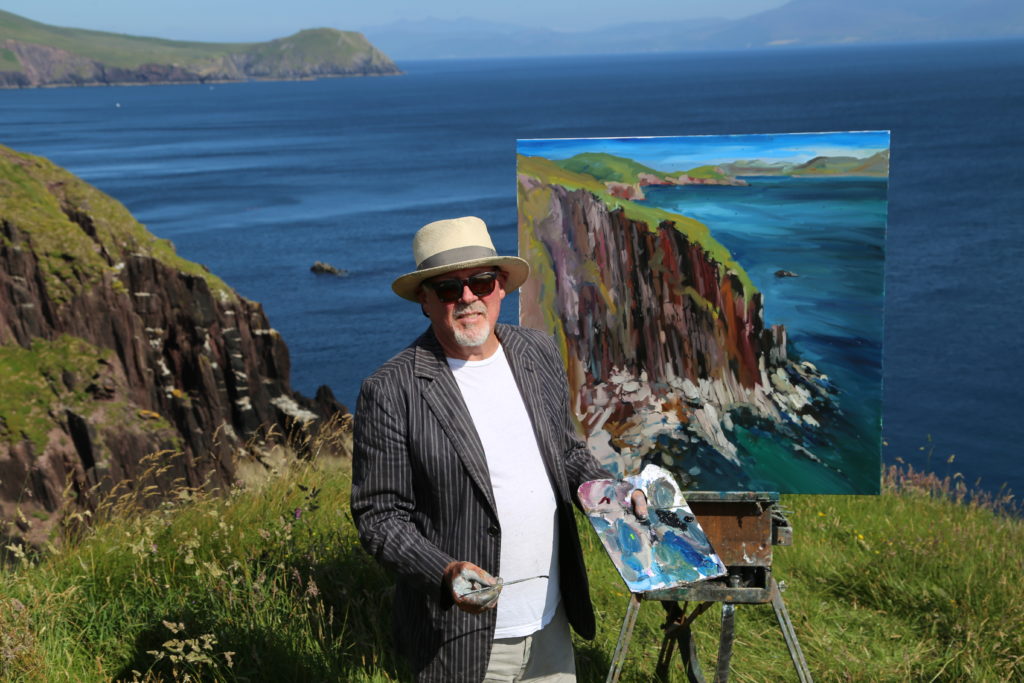 “As a former Lighthouse Technician with Irish Lights, Gerard’s inspiration comes from observing the vastness of the sea,” a spokesperson for the Gerard Byrne Gallery explained.

“Over the summer months he found inspiration in the outstandingly beautiful Dingle Peninsula & West Kerry Gaeltacht.”

They added: “In 2003 Gerard participated in the ‘Great Blasket Island Inspired’ Exhibition at the Greenlane Gallery to commemoratively mark the 50th anniversary of the abandonment of the Island in 1953.

“He has continued to visit here and capture the wild beauty of the West Kerry Gaeltacht along the Wild Atlantic Way.”

“This area, Europe’s most westerly point, inspires exceptionally strong responses. It has an ineffable light which is powerful and special.” 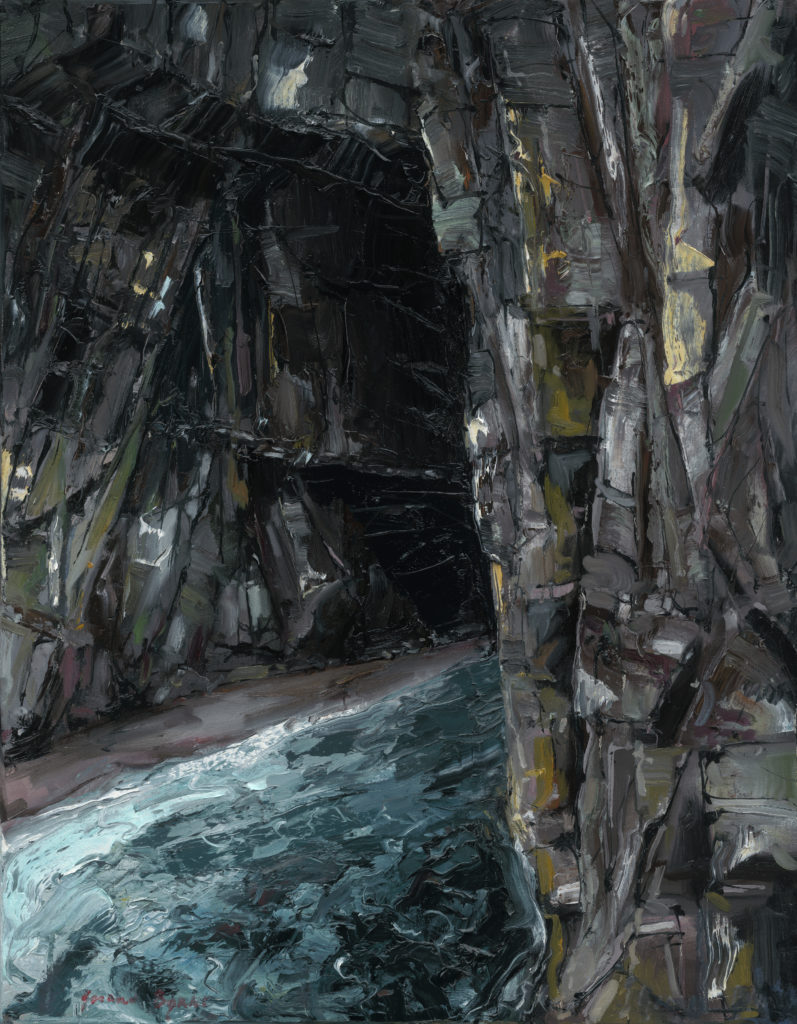 Byrne's piece Going Nowhere is part of the new collection

They explained: “For Gerard painting is about revealing the beauty hidden in the everyday.

“His artwork elevates the ordinary to the extraordinary, finding harmony and elegance all around him.

“He uses light and colour to present the world through his own lens, he allows us to view his vision.”

The artist himself admits that his extensive and varied life experiences and time spent travelling and exploring life inspire the spontaneity of his works – as well as their boldness, scale and sharp perspectives.

“Painting is what I do. I need an outlet for all of the energy stored up in me and canvas has become that outlet,” he said.