An estimated 200,000 visitors from all over Britain and Ireland will descend upon Manchester for the event which runs for 11 days, culminating on St Patrick's Day.

This year’s Irish cultural extravaganza is set to be the best yet, with a full programme of Irish culture, comedy, heritage, literature, music, sport and theatre. Over 100,000 visitors are expected to converge on the city centre for the St Patrick's Day Parade to greet the annual Parade. 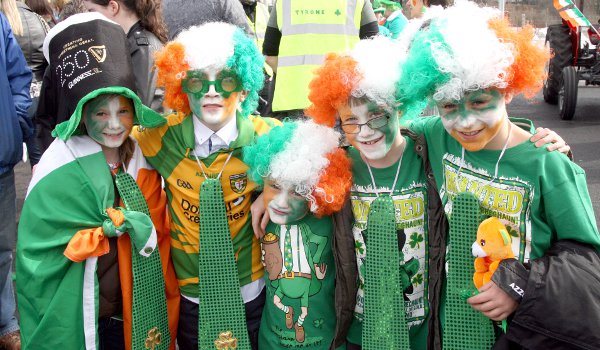 Lawrence Hennigan the marketing director of the festival website said: “This year’s festival is a celebration of our achievements of last year working with Tourism Ireland to promote Tourism links between Manchester and Ireland. We were delighted to receive the Mayo Diaspora award from the Taoiseach, and to be named as the biggest Gathering organised by any group in the UK by Tourism Ireland.”

There will be laughs courtesy of the Irish Comedy Festival, plus art, dance and theatre events for all ages.

For more information visit the festival website at www.manchesteririshfestival.co.uk

Mass in Gaelic at Irish World Heritage Centre start at 10am

The St. Patrick’s Day Parade will line up on Queens Rd, starting at 12 noon from the Irish World Heritage Centre and will finish in Albert Square at around 1.30pm.

SHOP TILL YOU DROP 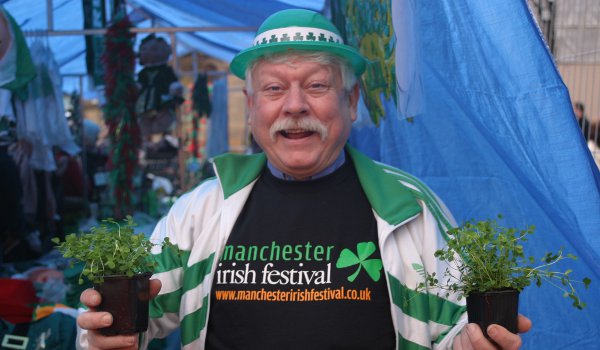 This year’s Manchester Irish market will take over Albert Square for four days giving festival goers a chance to browse and shop for Irish fare. Stock up on Tayto Crisps, Clonakilty Black Pudding and  Galtee Cheese.

Update your Irish Music collection or pick up books, clothing, jewellery, arts and crafts and souvenirs at the Irish Village Green. There are children’s rides and even visit a Leprechaun House top pop into, if you can fit. 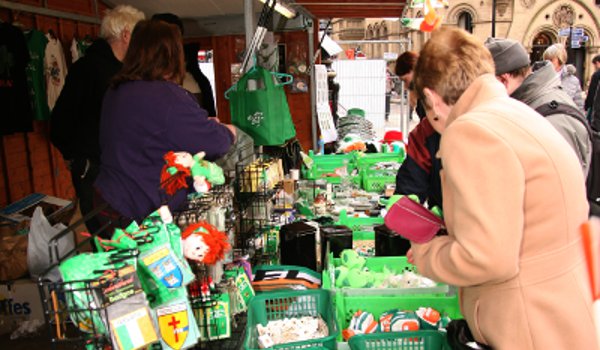 The Manchester Irish Festival Market 2014, Albert Square (outside the Manchester Town Hall), Thursday 13th to Sunday 16th March from 9am to 6pm.