Photos of President Michael D Higgins and Boyzone’s Keith Duffy will feature in the exhibition, which charts the 14-month build up to last August’s nine day event.

According to Tourism Ireland, the event was “the biggest Gathering event in Ireland organised by anyone in the UK”. 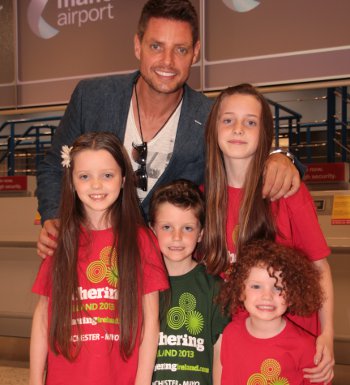 It will be staged in the Union Inn on Stockport Road in Levenshulme village as part of the Levenshulme Pub Company’s 25th Anniversary celebrations from this Friday (March 7) to St Patrick’s Day.

The Manchester Mayo Gathering attracted an estimated 100,000 visitors and generated just over €1m for the local tourism economy, according to the event’s organisers.

Tony Hennigan, curator for the exhibition and one of the main organisers for the event said: "We were delighted to be part of Ireland's biggest ever tourism drive and the exhibition hopes to capture some of the key moments leading up to the festival and the highlights during it."

The Irish Post is a media partner of the Manchester Irish Festival.