A SHOW featuring over 100 Irish dancers, musicians and singers from the Young, Gifted & Green at St Bede’s College kicked off this years’ Manchester Irish Festival.

Last Saturday's sold out show by the College and Prep School in Alexandra Park also showcased a whole host of Irish dance groups and special guests.

Joe Casserley from the Full Irish Radio show hosted the event -sponsored by the Irish Post - which saw performances from this years’ BBC show The Voice contestant Joe Keegan.

Director of Young, Gifted & Green and Head of Technology at the College Tony Hennigan said: "It was a fantastic celebration of the immense Irish talent that we have in the Prep, College and around Manchester.

“The show was staged in the splendour of the Academic Hall which was once the Manchester Aquarium and for one night only become a ‘Riverdance’ of Irish talent. 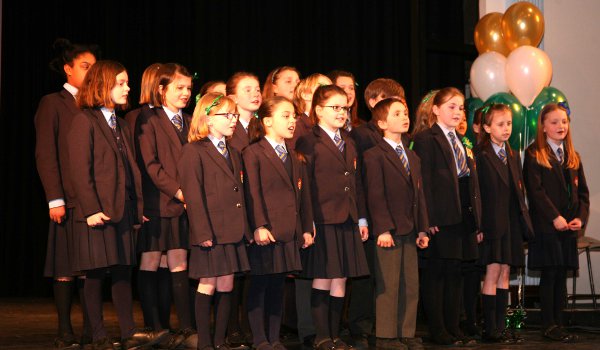 “The evening featured performances from students as young as six and we are indebted to all the special guests who gave up their time to join in the celebration which pre-launched this years’ 2014 Manchester Irish Festival.”

Tara O’Carolan CCE Traditional Irish Music group who were one of the original performers at YGG’s first show in 1995 were the house band for the performance.

The Young, Gifted & Green is a recipient of the Royal Variety Club of Great Britain ‘Pride of Eireann’ and has appeared on numerous national TV shows including Blue Peter.