IN mid-May, I met Cathal McCarron in Dublin city centre.

It was the week that Tyrone were due to play Derry in the Ulster quarter-final. McCarron had just come from chairing a Gamblers Anoymous meeting in Teach Mhuire on Gardiner street.

The match was clearly on the horizon but, in McCarron’s world at that moment, going to GA meetings was the most important part of his life.

We went for food in a restaurant beside O’Connell bridge where McCarron recounted the story of spending Christmas 2013 alone in an apartment in south London.

A tin of beans and a couple of rashers were his Christmas dinner. The only reason he had the food was because his flat-mates had left it in the fridge.

A couple of days later, McCarron texted a friend and asked him to send some money from Tyrone.

His background story was full of lies; he hadn’t been paid; he was low on funds. The friend sent him £300. As soon as the money arrived, McCarron took off down to Stamford Bridge, where Chelsea and Liverpool were playing.

The match was already on ten minutes when McCarron offered a tout £250 for a ticket. The tout wanted far more. If McCarron had it, he would have handed it over.

‘What was wrong with you?” I asked him. “You were starving. That money would have fed you for two to three weeks.”

His response was emphatic and crystal clear. “Addiction,” he said. “It doesn’t make you think like a rational person. I had got money. I would get more money. As soon as I had money, I was almost trying to get rid of it again through gambling.”

A week later, I travelled to Coolarne in mid-Galway, a tiny townland enveloped by a rolling landscape of huge farmland and stone walls, about five miles outside the town of Athenry. 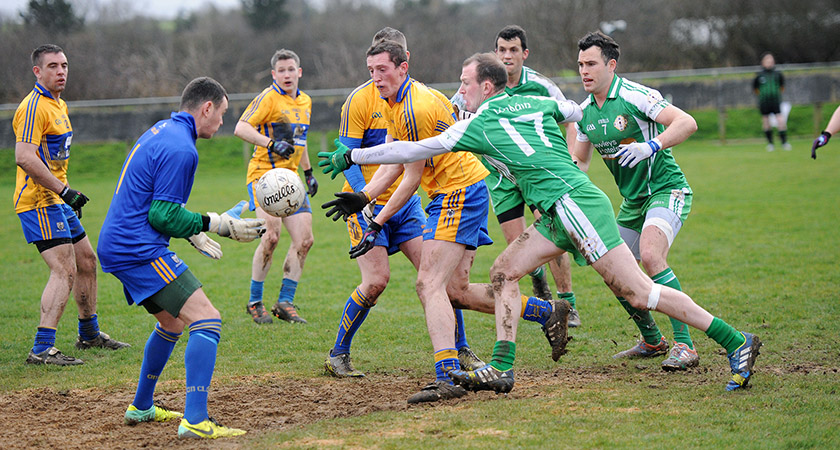 McCarron (far right) playing for London in 2013 [Picture: Malcolm McNally]
It took an age to find the place through a complex network of back roads but in the middle of that nowhere is one of the biggest addiction treatment centres in the country.

I wanted to get a picture in my head of the Cuan Mhuire centre, of what lay beyond the big concrete pillars, of the grey building at the end of the long meandering driveway, the place where McCarron spent three months in recovery for gambling addiction during the hard winter of 2009-10.

I walked around, mostly in the courtyard behind the main house. I tried to remain as discreet as possible, quickly moving out of view as soon as people began gathering outside one of the back-buildings for a recovery meeting.

At the side of the house, I passed a young man, sitting on the path, alone. His black hoodie was pulled below his eyes. His body language smacked of desperation, desolation. It could have been Cathal McCarron. It could have been anyone but it was a window into a world that society often doesn’t even know exists, but one which is decimating and destroying large sections of that society.

That is the story McCarron wanted to tell, the one I wanted him to tell. His autobiography ‘Out of Control’ is primarily about addiction. That plight is not an excuse for his self-destructive tendencies and instincts, an often-chaotic lifestyle which has heavily affected his, and the lives of others.

McCarron’s demons still stalk him but trying to overcome those difficulties is a raging battle some addicts have to fight every day of their lives.

McCarron is still waging that war. The negativity and controversy of his darkened past have made it easy to form an opinion of him. A lot of people don’t like McCarron. Even after reading his book, many never will. Yet his character isn’t dressed up or diluted down. He is who is he. His story is what it is.

It hits hard because McCarron doesn’t hold back. From the first time we met, I demanded total honesty. I asked a lot of hard questions, many of which were uncomfortable for McCarron. He never ran, or hid, from any of them.

He has lied, stolen, cheated, deeply hurt lots of people, many of whom were his own family, close friends and team-mates. His story does not seek to glorify his pursuit of a better life, and in trying to become a better person, but McCarron is undeniably a product of the skewed and dysfunctional life triggered, and fed, by chronic addiction. 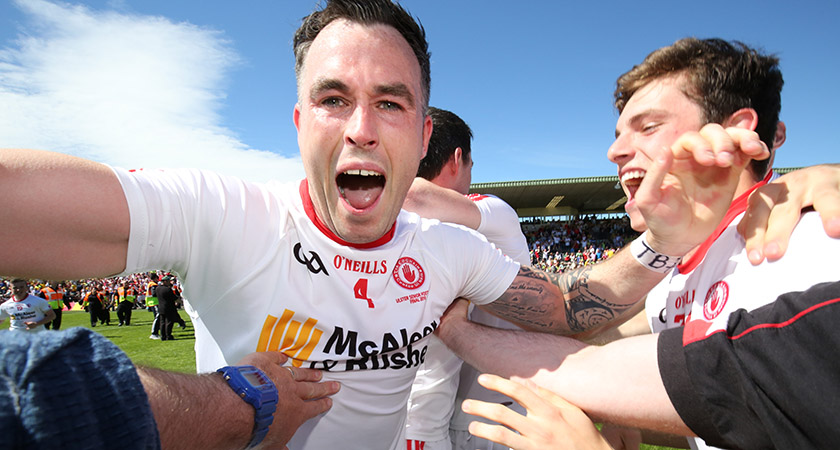 How did he stoop that low? What kind of person commits those acts? Addiction doesn’t recognise or acknowledge perspective. It warps reality, where the only reality is feeding that addiction. McCarron had no money. He was starving. He had to steal to eat.

He hadn’t eaten in days but a Yorkie bar staved off the hunger in order to save more time for gambling. Within 24 hours all the money – £3,000 – was gone. McCarron had sold his soul for a day’s gambling.

When the video went viral on the internet, McCarron went to a tube station in Wimbledon to kill himself. Thoughts of his family stopped him. He went back into recovery. He got his life back on track.

For a guy who once looked instantly unemployable in Ireland, he now has a good job. He is also training to be a counsellor. For many young people poisoned by addiction, McCarron is often their first source of advice. Telling his harrowing story is another means of trying to help others.

His own personal battle is ongoing but McCarron is doing his best to fight that fight. On the pitch, he has to listen to vulgar and vicious personal abuse but successive All-Star nominations have underlined his immense mental strength.

Mickey Harte was often advised to never select McCarron again but that’s a common generalisation about a tainted character, without fully understanding, or wanting to understand the person, and why they have been blighted by such desperate problems.

In their Irish News columns last week, former players Danny Hughes and Kevin Madden criticised McCarron, even though both admitted to not even having read the book.

‘Out of Control’ is hard-hitting, disturbing in parts, but always brutally honest. And Cathal McCarron, and his story, can only be fully judged by those who read it.