(L-R) Britain's Chief Scientific Adviser Patrick Vallance, Britain's Prime Minister Boris Johnson and Dr Susan Hopkins of NHS Test and Trace and Public Health England attend a virtual press conference inside 10 Downing Street in central London on October 16, 2020 - one of many that have taken place over the last year

IN January 2020, few people in the West had heard of, or indeed were particularly interested in, a flu-type illness affecting parts of Asia.

By January 2021 it had devastated families throughout the world and brought industries, particularly travel and hospitality, to their knees.

Lockdowns heralded in new ways of working and socialising; zoom and gloom for some, for others working at home was like eight months of duvet days.

But overall it was a year of global dolorousness. Disruption to supply chains across the world heralded in shortages across the board. The world, it seemed, was running low on everything.

In Ireland and Britain the vaccine programme helped the situation, allowing some return to normality.

Unlike citizens of some fellow European nations ‘vaccine hesitancy’ refused to take a major hold in either Ireland or the UK.

Sometimes the opposite was the case: jab jealousy set in in around February and March — “How come that 17-year-old got his injection and my granny is still waiting,” became the template for some complaints.

But by the year’s end throughout these islands take-up of vaccines was substantial, and it looked as if being double-jabbed and boostered would provide protection from the new variant of the virus, Omicron.

By December, Omicron was making its presence felt. Ireland announced severe new restrictions, even though 91 per cent of eligible people over the age of 12 are now fully vaccinated. Stricter measures were introduced both in Ireland and the UK. 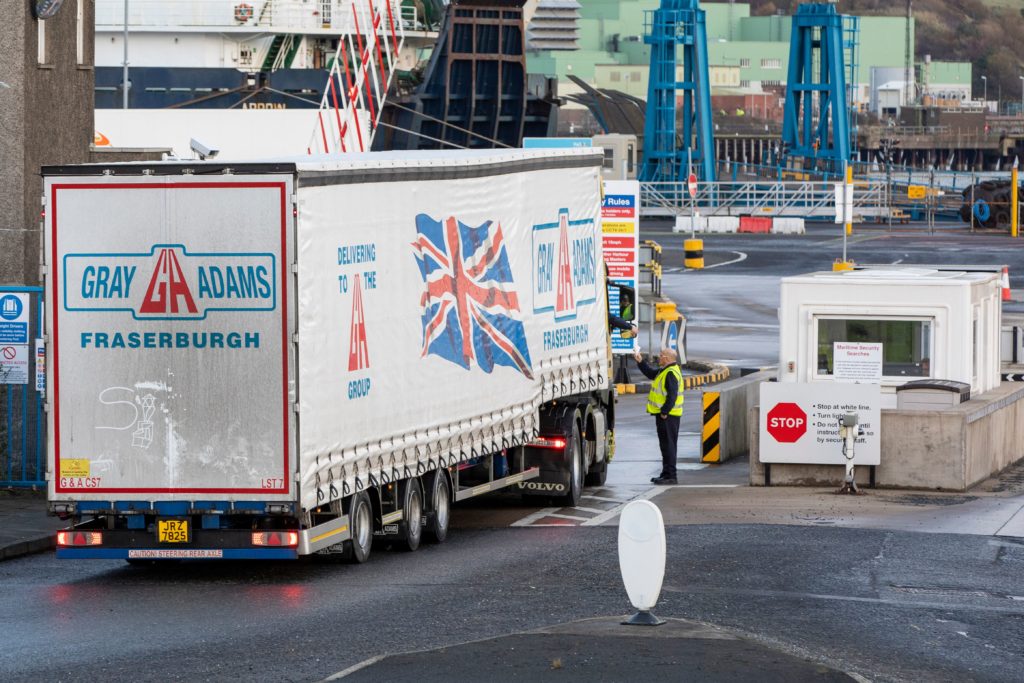 A lorry arrives at Larne port in Antrim, where a customs post has been established as part of the Northern Ireland Protocol

In Europe, Brexit negotiations ground on in the background to the pandemic, with the Northern Ireland Protocol a centrepiece to ongoing negotiations.

A bitter wrangle over the status of Northern Ireland has continued to be the most complex aspect of Brexit, attracting the attention of all parties including the Biden administration in the US.

Well-founded concerns about the fragility of peace in Northern Ireland, so painstakingly achieved in the early part of the 21st century, have raised the stakes beyond those normally encountered in trade disputes.

The Northern Ireland Protocol aims to solve the border question. Many anomalous situations have arisen due to Brexit, not least the situation that pertains if you were born in Northern Ireland and opt to take Irish citizenship.

This is the right of any person born on the island of Ireland and is copper-fastened by the Good Friday Agreement.

In other words, a Northern Ireland person with Irish citizenship living under British jurisdiction is in fact part of the EU — this is a guaranteed legal position.

The situation of imports and exports is every bit as complex, and certainly more immediate and tangible.

Earlier in 2021 an argument over this multifaceted question led to the Sausage Wars — when it appeared that for a time Britain might have to do without Irish bangers.

As the year ended, new proposals from both sides were on the table, but no agreement had been reached. But Irish sausages were once again on British menus. 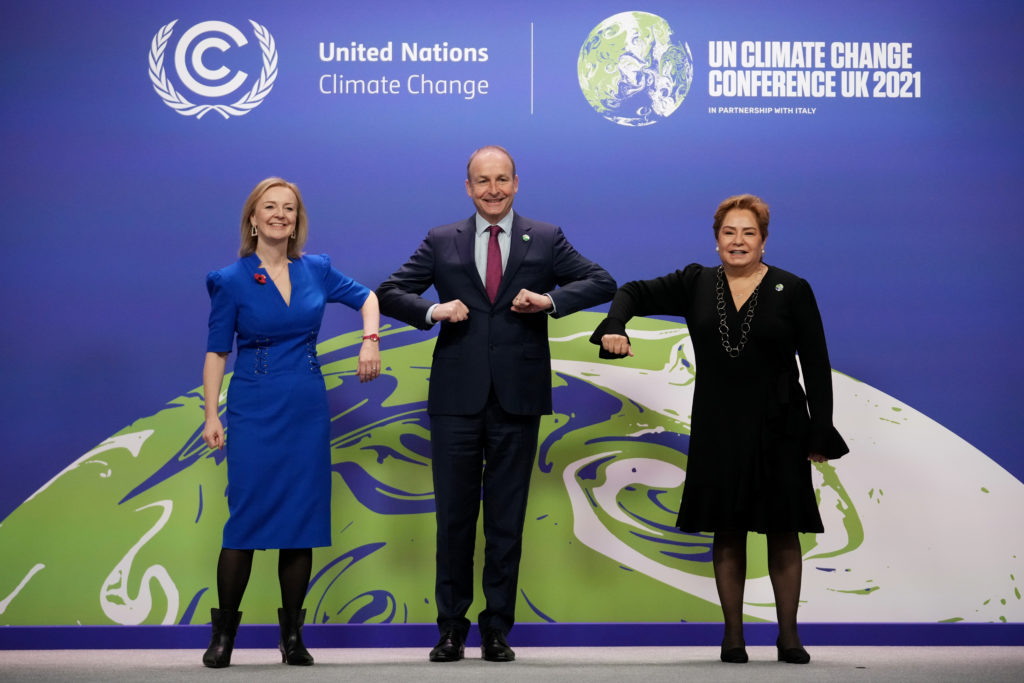 Climate change edged its way up the agenda. For years it has been on the back burner, that burner all the while pumping CO2 into the atmosphere and heating up the planet.

But increasingly regular climate catastrophes — storms, bushfires, flooding — have moved the topic right up the agenda.

Rainfall has already increased in Ireland, with consequent heightened risk of river and coastal flooding.

But it is the poorer nations who are feeling the brunt of climate change, something that former President of Ireland Mary Robinson has turned her attention to, setting up The Mary Robinson Foundation – Climate Justice to address that situation.

Mary Robinson gave her views powerfully at the COP26 climate change conference in Glasgow, arguing that it was the poor, the disempowered and the marginalised across the world who were at the sharp end of climate change.

One way that climate change will change Ireland irrevocably is through the demise of turf fires.

Turf as a fuel is a highly carbon-inefficient fuel, more so even than coal. But as a country without its own oil, a limited supply of gas and almost no coal, turf has been an important fuel for Ireland, providing the island nation with some energy self-sufficiency. But most commercial bogs in Ireland have closed, or will do so soon.

It’s not just climate change that burning turf damages — many of the boglands are home to protected species of flora and fauna.

In addition to phasing out turf, the Irish government has spent several million euro protecting and conserving bogs. 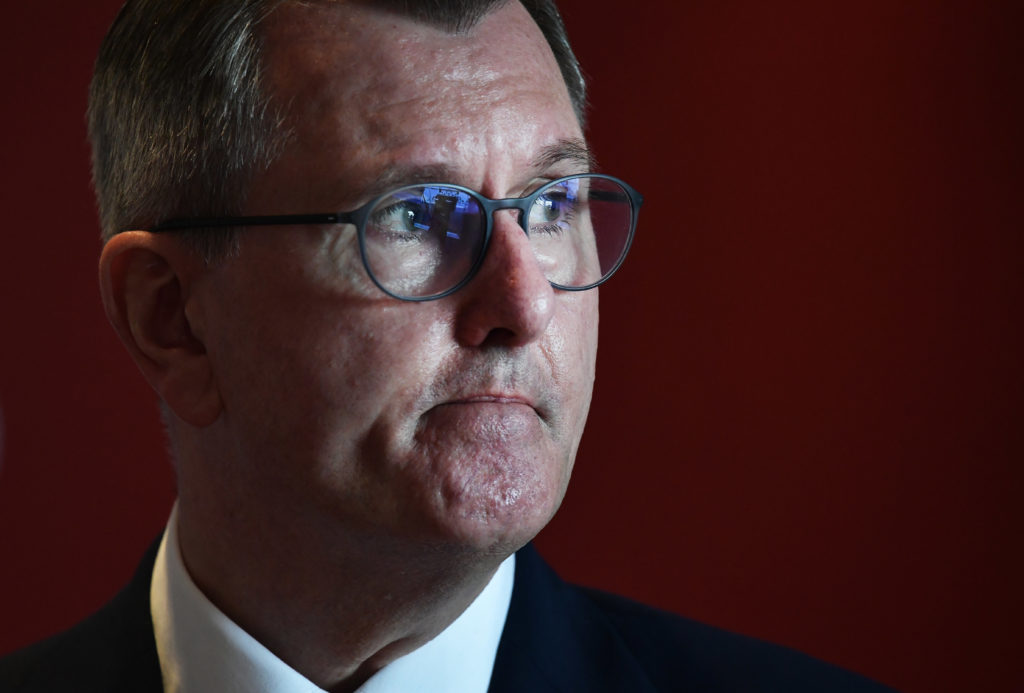 Arlene Foster was the first woman to serve as First Minister and Leader of the Democratic Unionist Party (DUP).

Foster, a Member of the Legislative Assembly (MLA) for Fermanagh and South Tyrone, was forced to resign by her fellow DUP colleagues as leader in May 2021, with her tenure as First Minister coming to an end in June.

Foster’s grip on power was loosened by various events.

To start with her gender still caused concern amongst the backwoodsmen of the DUP. Added to this, she is a member of the Church of Ireland, while the bulk of the DUP is the much more muscular Free Presbyterian CHuch.

The so-called Cash for Ash scandal was particularly damning for her.

The Renewable Heat Incentive scheme suffered an overspend by £400m. The scheme, designed to promote ‘green’ policies was supported by Foster.

Her relationship with the Deputy First Minister Martin McGuinness was always a tense affair, and this latest incident brought about the collapse of the power-sharing executive.

Foster also attended an LGBT event in Belfast, much to the disapproval of the DUP rump which is implacable in its condemnation of gay rights.

But more important than all these, it was her handling of Brexit that led to her demise.

She supported the Leave campaign in the 2016 referendum, despite the obvious challenges this would pose for Northern Ireland.

It also flew in the face of opinion polls that found a majority in the region opposed Brexit — ‘Remain in the EU’ had support across the political divide.

Her confused ‘support’ for Theresa May’s government — which at times was a very flimsy support — helped allow Boris Johnson to subsequently replace Prime Minister May.

He didn’t need Foster’s support for long, and so brokered a Brexit deal that created a border in the Irish Sea. For unionists, this meant their Britishness was at stake.

The fact that the DUP, under Foster, facilitated this outcome meant her political fate was sealed.

Foster was succeeded by Edwin Poots as DUP leader on 28 May 2021.

Poots, a creationist (he believes the world was created 6,000 years ago) was delighted to get his new job.

He bade Arlene Foster goodbye, saying her most important job was as a "wife, mother and daughter". The remarks received widespread criticism.

But Poots barely had time to get his office seat to the right height when he was ousted out of it, to be replaced a month later by Sir Jeffrey Donaldson.

However Paul Givan, who replaced Arlene Foster as First Minister, continued in the role. 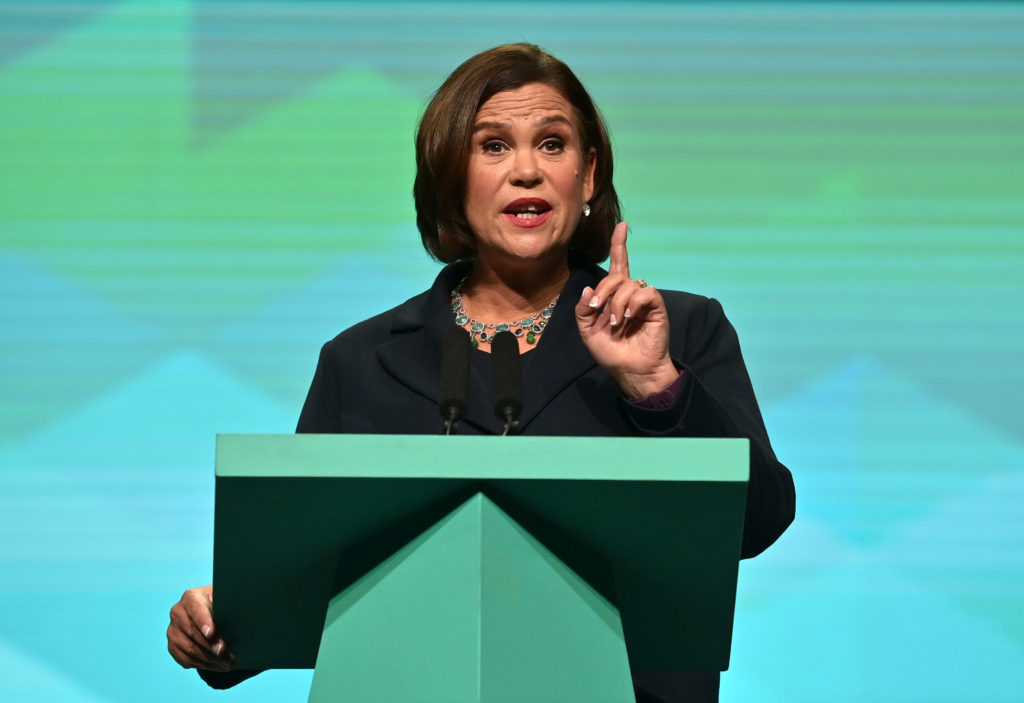 By October 2021 Sinn Féin were the most popular party in the Republic, with the support of almost a third of voters at 32 per cent, far ahead of Fine Gael (22 per cent) and Fianna Fáil (20 per cent) in an Irish Times/Ipsos MRBI opinion poll.

Were there to be an election any time soon Mary Lou McDonald, the Sinn Féin President, would be Taoiseach.

As it happens, and fortunately for the other two main parties, a general election need not be held until Thursday, February 20, 2025.

And as we know, a week is a long time in politics, never mind four years.

The coalition government also had to deal with one of the worst scars on recent Irish history.

The Mother and Baby Homes Commission of Investigation published its final report.

Taoiseach Micheál Martin issued a formal apology to victims and survivors of Mother and Baby Homes, on behalf of the state, and promised that the apology would be followed by actions, including access to counselling and records, provision of medical cards, and a system of reparations.

The St Patrick’s Day Parade In Dublin was cancelled for the second year running, as indeed were many other calendar fixtures such as the National Ploughing Championships (basically the Olympic Games for Irish farmers) and the Rose of Tralee. 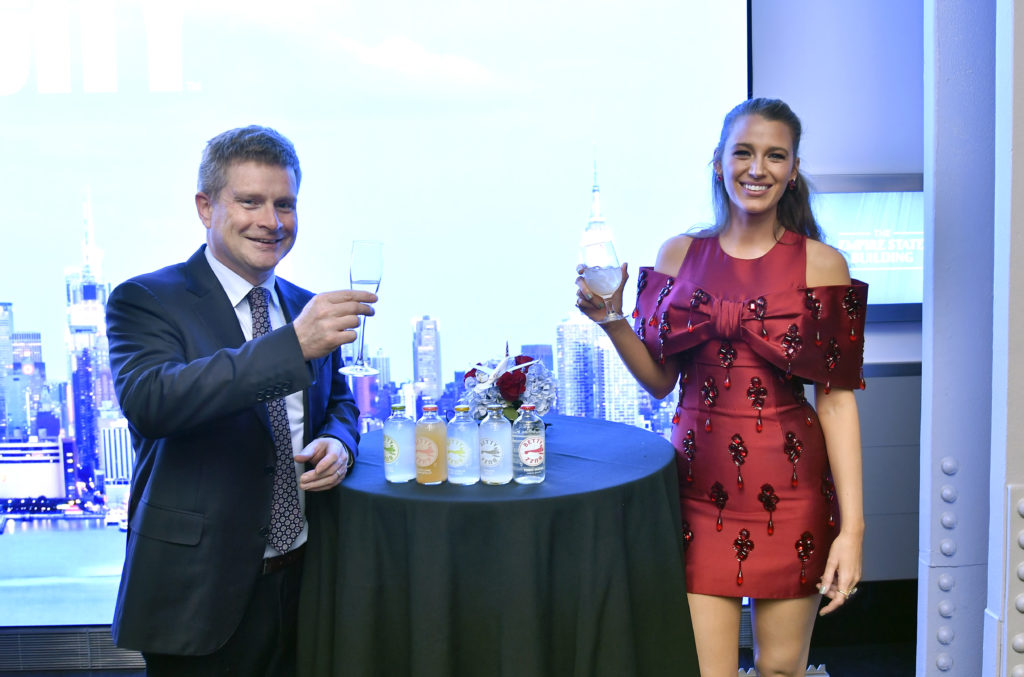 The Irish leaders in Britain

In 2021 Irish people continued to occupy the boardrooms of some of the most significant companies in the UK.

Willie Walsh (60) is the current Director General of the International Air Transport Association. Until 2020, he was CEO of International Airlines Group, and had previously been CEO of Aer Lingus and British Airways.

In December 2021 it was announced that the airline would become the world’s first to use sustainable aviation fuels (SAFs) produced on a commercial scale in the UK for its flights starting from 2022.

Sean Doyle said: “This agreement marks another important step on our journey to net zero carbon emissions and forms part of our commitment, as part of International Airlines Group, to power 10 per cent of flights with SAF by 2030.”

Trainline chief, Dublin woman, Clare Gilmartin stepped down in February to spend more time with her family. Last year she scooped a massive £50million windfall when her company floated on the London Stock Exchange.

Gilmartin will stay on as a 'senior advisor' at the business.

Kerry man Bernard Looney CE0 of BP, needs to come up with radical solutions to unprecedented challenges in the energy sector.

This has been hit by both Covid and concerns over climate change.

Corkman Ken Murphy became CEO of Tesco, the third-largest retailer in the world measured by gross revenues in 2020 had plenty on his plate.

Supply chains hit by both Covid and Brexit were on top of his agenda most days throughout 2021.

The Kildare woman specialises in infectious diseases and microbiology, so has advised the British government on the ongoing public health risks associated with Covid.