WELL 2021 has been another year of ups and downs. Here's how it played out in the quotes and statements that made the headlines...

“If you take the Pfizer vaccine, 280 materials go into making the vaccine, 86 suppliers supply those materials from 19 countries around the world. If you start putting up barriers, other countries may follow suit in terms of some of those vital raw materials that are required. If we start that we are in trouble.”

Taoiseach Micheál Martin, who earned international respect for Ireland due to his even-handed approach to vaccination programmes throughout the EU.

"These are the titles of Gaelic chieftains; would they really be appropriate in a unified island where a million people are British?"

Tánaiste Leo Varadkar saying that titles such his own, Tánaiste, and that of the Taoiseach might have to be re-evaluated should a unified island become a reality.

“If levelling up means anything, it must mean levelling up living standards. We need an economy that treats everyone with dignity, that rewards hard work, that helps working families and communities thrive.”

Frances O’Grady, General Secretary of the TUC in Britain.

“It does annoy me when people say you have to take religion out of politics and leave it at the door… like it only happens at the weekend. It is part of who you are.”

Former First Minister of Northern Ireland Arlene Foster, who is an Anglican.

“My Dad, a true Belfast man, collected himself and declared Stanley Johnson a ‘dirty oul get’, which I appreciate might not translate.” 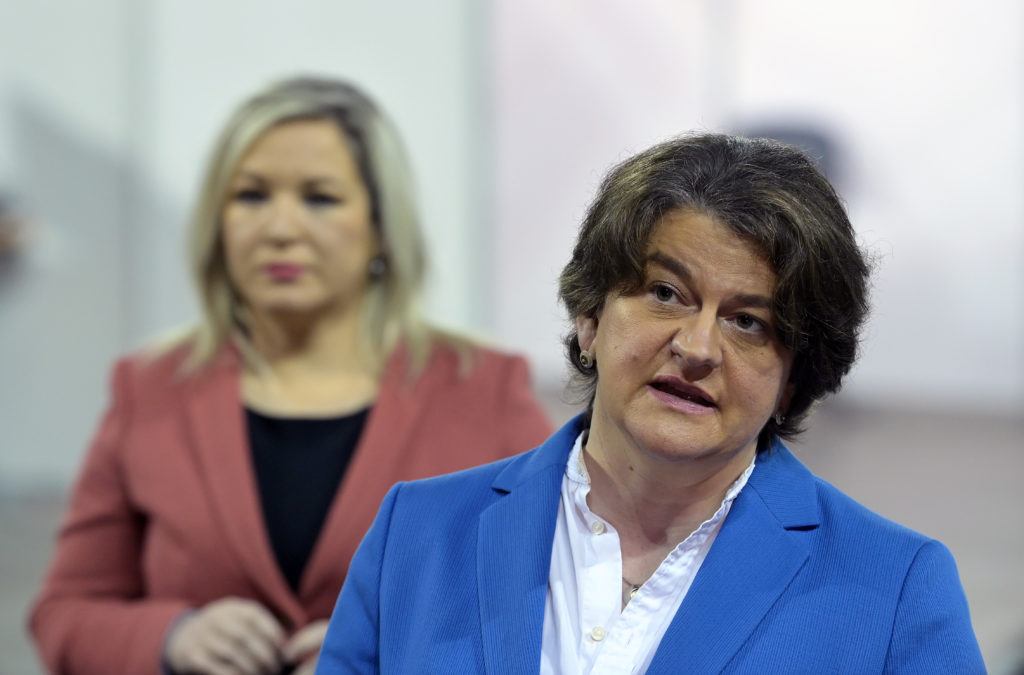 Journalist Ailbhe Rea, who in November accused Stanley Johnson (the father of the prime minister) of touching her inappropriately.

”I’m saying to the leaders who are here now that we are literally talking about having a safe future…you can’t negotiate with science. We can’t talk about the glass being half full; we have to be on track for 1.5 [temperature rise] and it is doable.”

“The Irish Sea border is a ‘figment’ of Northern Ireland’s narrow identity issues.”

Actor Stephen Rea weighing into the Northern Ireland Protocol issue that dogged politics for most of the year.

"If you take away supply but demand does not change, the only thing that happens is prices go up. So we need to be very careful about prematurely taking away supply from the market."

Bernard Looney, the Kerry-born CEO of BP (now styled bp). He was referring to a proposed British government embargo on oil and gas drilling in the North Sea.

“I don’t think Dr Jessen will be laughing this morning.”

Arlene Foster’s solicitor, Paul Tweed, speaking after celebrity doctor Christian Jessen had been ordered to pay £125,000 in damages to then Northern Ireland First Minister. Dr Jessen had tweeted a totally false rumour that First Minister Foster was having an affair with a protection officer.

“One March evening in 2015 I was assaulted. I thought . . . everything will be tracked and traceable. But I found that Uber wouldn’t cooperate with the police; they wouldn’t identify the assailant…Uber had created this fiction that I was contracting directly with the customer and that it was merely a booking agent.”

Wexford man James Farrar speaking on LBC. Mr Farrar took Uber to court to force them to classify its drivers as workers rather than self-employed, third-party contractors. After a five-year battle the Supreme Court ruled in Mr Farrar’s favour, along with his colleagues.

“I spend a lot of my life still in the North. The reality is in East Belfast and in the ghettos and in the areas where you’re likely to get trouble, is that people haven’t got a clue about the Protocol, not a clue…They see it as a road to the Dublin Government taking over again and this is a pathway to that. That’s the hard reality.” 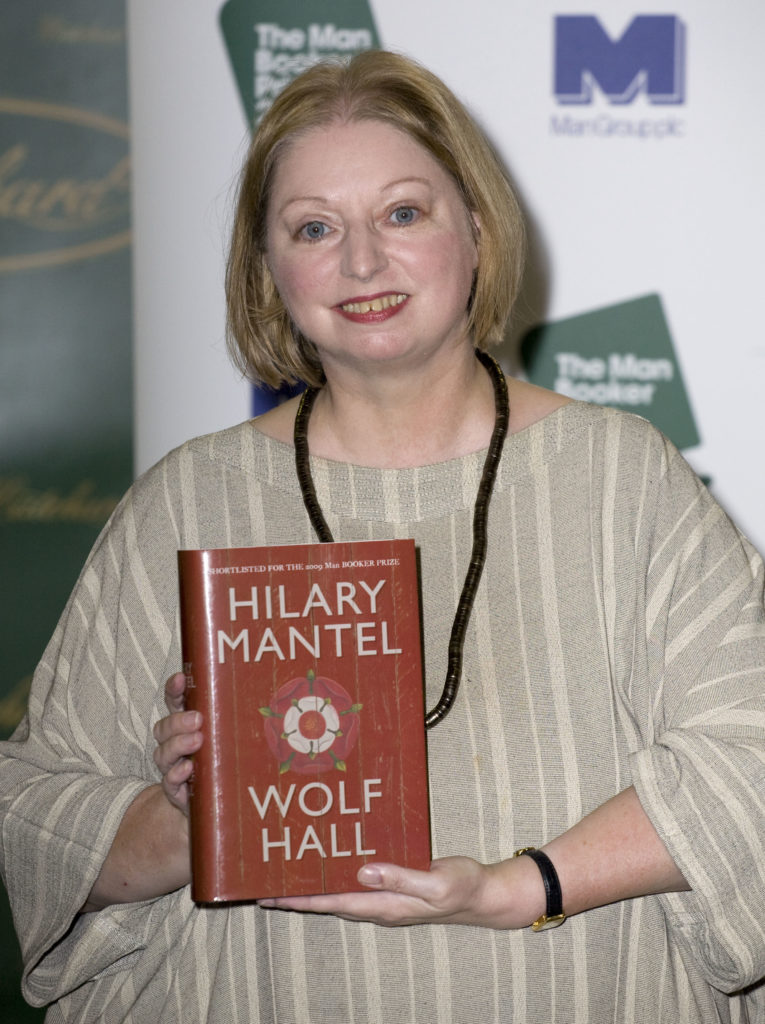 “The function of the original lockdown was to stop people congregating and behaving irresponsibly, and the Government policy now is to depend on people to do that voluntarily. Of course if they don’t do that voluntarily, it could inevitably lead to another lockdown, which nobody wants.”

“It was my grandparents’ generation who were immigrants from Ireland; sometimes my life gets confused with my fiction, because a number of my characters have Irish parents.”

Hilary Mantel, the twice Booker prize-winning novelist. In September she revealed her intention of relocating to Ireland. The Guardian reported her saying that said she feels ashamed at the UK government’s treatment of migrants and asylum seekers and is intending to become an Irish citizen to “become a European again”.

"Two years ago, after I won in China, I flew back home privately and it was just me on the plane. And I just got this massive sense of guilt come over me just because this can’t be good. So we ended up reaching out to the GEO Foundation who do a lot of great sustainability things in golf [who] I guess could help us go in the right direction.”

“The great thing about beating New Zealand is that it gives a lift to the country, but you don’t win a trophy and you don’t have something to show for it, as such. As happy as we are, we need to push on.”

“I liked the Orange Walk too — it looked like such fun. They were probably all headed for hell, but then, absolutely everything I liked was headed for hell.”

Comedian Billy Connolly, who has Irish Catholic roots, speaking about his upbringing in Glasgow. 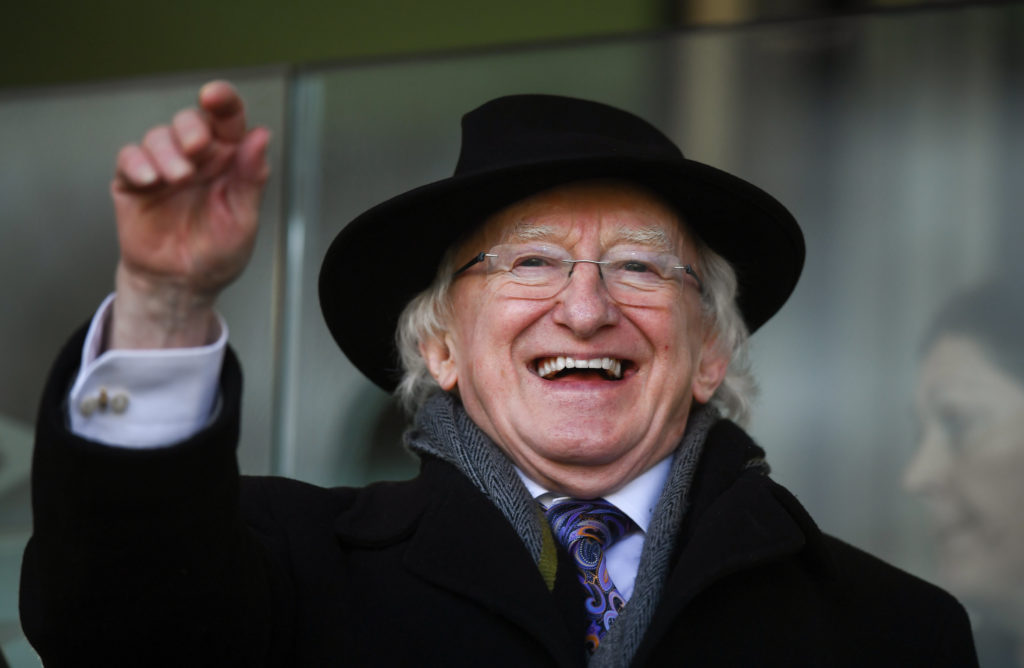 President Michael D. Higgins, who took exception to the wording of an invite, causing him — among other considerations — not to attend an event to commemorate the partition of Ireland and the establishment of Northern Ireland.

“The army and the armed forces associated with Prince Charles carried out many, many violent actions on our island. And I can say, of course, I am sorry that that happened [the Mullaghmore attack on Lord Mountbatten’s boat]. . . . .  it is all of our jobs to ensure that no other child, no other family, irrespective of who they are, face the kind of trauma and heartbreak that was all too common on all sides – let me emphasise on all sides – of this island and beyond.”

Sinn Féin leader Mary Lou McDonald, when asked on Times Radio if she would personally apologise to Prince Charles for the attack in Co. Sligo that killed Lord Mountbatten (Prince Charles’ uncle) and four others.

"I get very distressed when people do actually call me a homophobe because that's something I am not. . . . . I have many friends who are homosexual, they know my views on same-sex marriage, and in any event, same-sex marriage is now the law here in Northern Ireland and has to be upheld.”

“To repeat the point, equivalence is not about recreating single market access; the UK lost that because of the form of Brexit they chose. Therefore, we will be looking at each particular element where we see an advantage or indeed for us to take action, and I dare say the UK will continue in that same vein.”

Mairead McGuinness, the EU commissioner for financial services, speaking about the continuing ramifications of Brexit and its affect on trade between the EU and Britain.

"I don't feel male or female right now. I don't even feel human."

“The pope’s chummy words to the press often quite reasonably raise hopes of church reform which are subsequently almost invariably dashed by firm restatements of unchanged church teaching…he is the pope who toes the old hard line.” 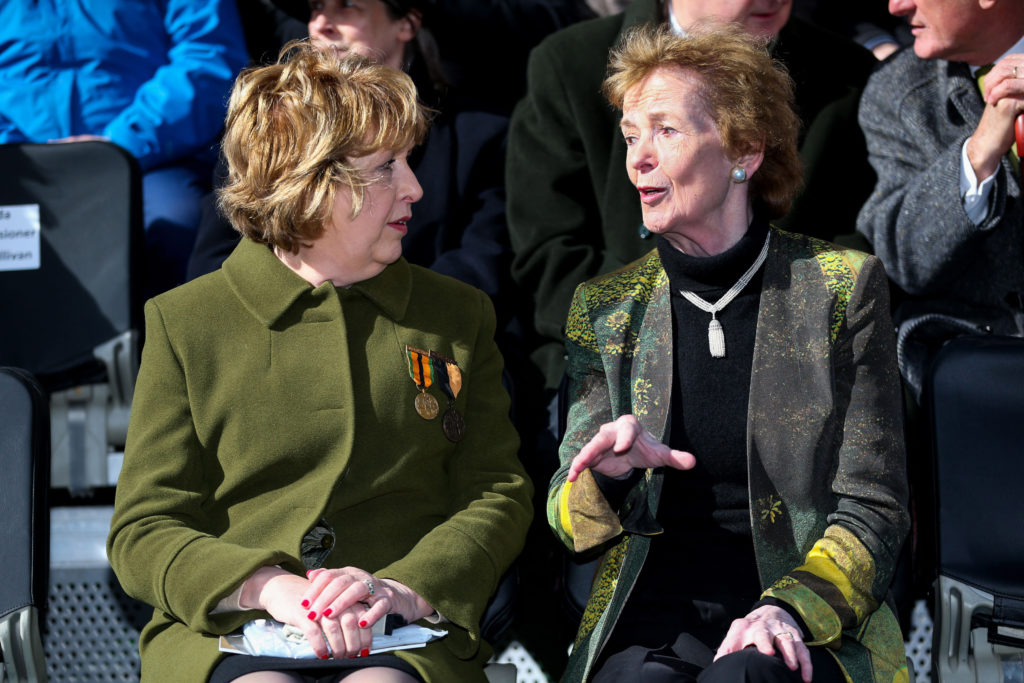 “After 17 wonderful years I have decided it's time to leave [BBC] Radio 1. This second home has been the thread that has run through nearly my whole adult life; I have grown up, fallen in and out of love, moved homes, climbed up the career ladder, got married and become a mother twice over.  Radio 1 has been like being at the best party ever and it is a wonderful feeling to be leaving with a huge smile on my face.”

Dublin-born DJ Annie Mac, or Annie McManus to give her full name.

“Ding dong merrily on high will be replaced this Christmas by ping-dong miserably we sigh.”

Sammy Wilson MP (DUP) before voting against new government measures in November to combat the Omicron variant of coronavirus. The Ulster Unionist Party called on DUP leader Sir Jeffrey Donaldson to “take control of his party” in the wake of Mr Wilson’s “distasteful” tweet.