2,500 Ukrainians have found refuge in Ireland – where they receive immediate welfare support and 'a place to rest'

IRELAND has now welcomed more than 2,500 Ukrainian people into the country.

The nation has operated an ‘open-door’ policy towards refugees since the Russian invasion of Ukraine began on February 27.

In a bid to make those fleeing the war as “welcome as we possibly can”, the Government has also simplified the process for people seeking refuge.

Justice Minister Helen McEntee and Minister for Social Protection Heather Humphreys have confirmed that all Ukrainian arrivals will now be immediately issued with a PPS number, allowing them immediate full access to welfare supports provided by the State.

A reception centre has also been set up at Dublin Airport, to process all the arrivals, but also to provide “a place for them to rest” and “for their children to play” after their traumatic journey to safety. 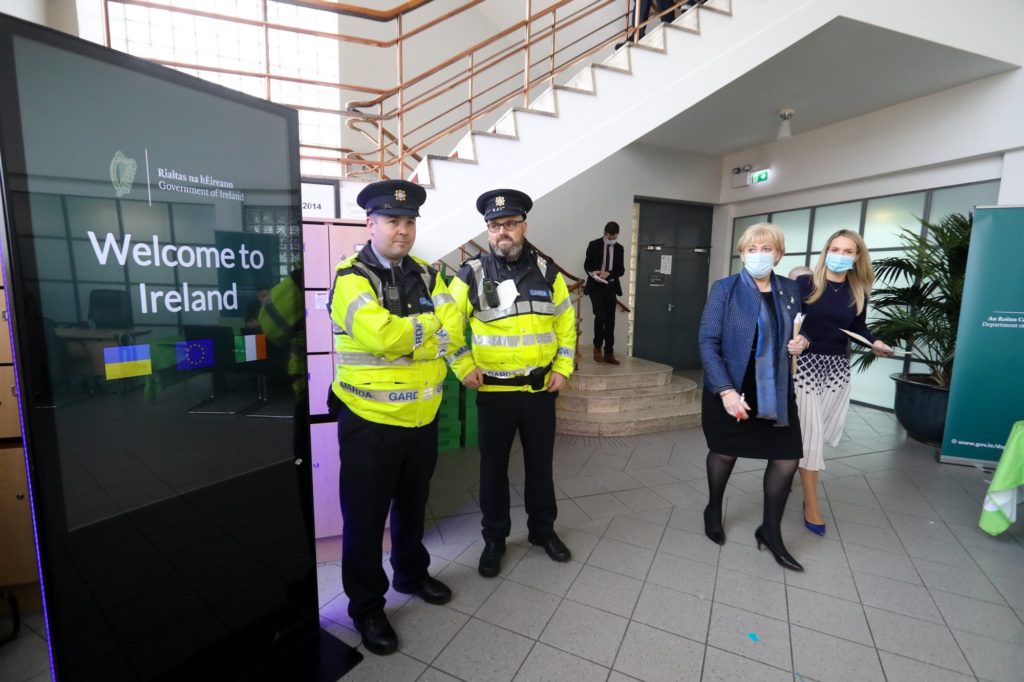 “From the outset of this appalling war, the Irish people have been clear that they will stand with the people of Ukraine in their time of need,” Minister McEntee said.

“From the start, we in Government have also been clear that a co-ordinated, whole-of-Government response is needed to support people who are fleeing from this shocking and brutal attack on a sovereign state and a direct assault on European democratic values.

“With the support of DAA, who have made this building available to Government at no cost, we are doing exactly that.”

She explained: “The immigration letters that people will receive when they arrive at this facility mean that legally from this moment, they are beneficiaries of Temporary Protection status - entitled to work, and to access education, healthcare, housing, social welfare, and all that our country has to offer.” 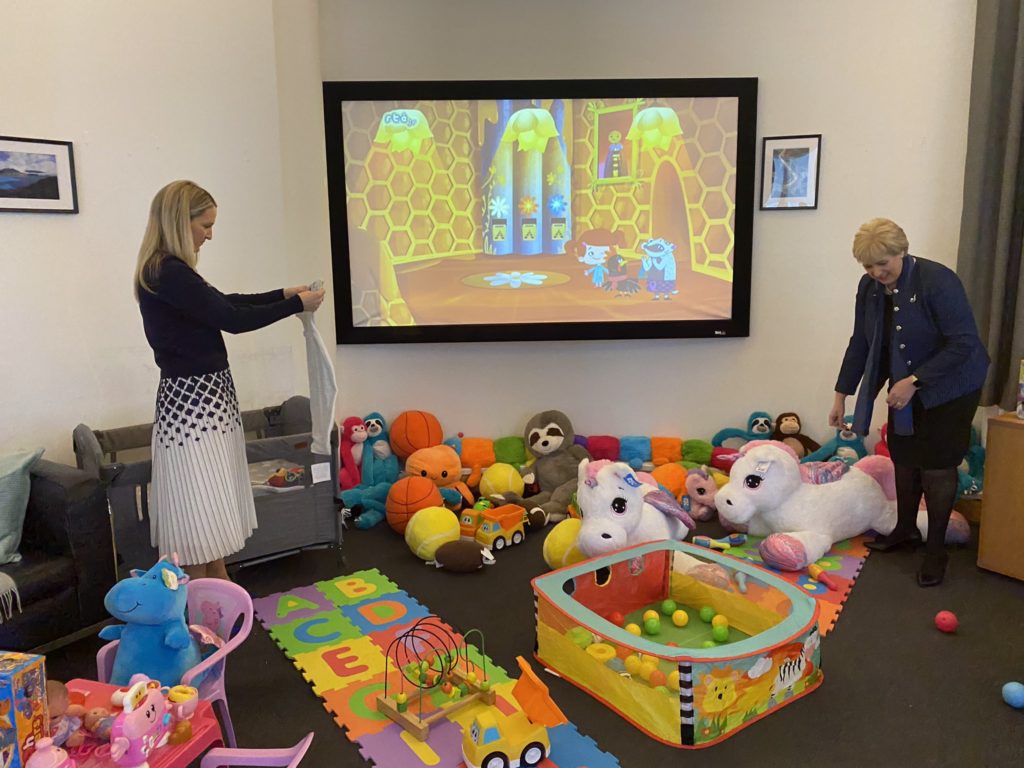 Ministers Humphreys and McEntee visited the reception facility at Dublin Airport on March 9, where they met with people arriving from Ukraine under the Temporary Protection Directive.

The Ministers also met with the staff from each of their Departments and the Department of Children, Equality, Disability, Integration and Youth who are providing support and assistance to Ukrainian arrivals as they establish themselves in Ireland.

Following their visit, Minister Humphreys said: “Officials from the Department of Social Protection are working with their colleagues in the Department of Justice and with interpreters at the facility in Dublin Airport to process applications for supports for people arriving from Ukraine as quickly as possible.

“We are also ensuring people can receive Supplementary Welfare Allowance and Child Benefit quickly and are put in touch with staff from the network of Intreo Centres.”

She added: “I was really pleased, along with Minister for Justice Helen McEntee, to visit Dublin Airport, to formally open a new reception centre for the families and individuals arriving from Ukraine.

“I met one woman, Valentina Roman, who had endured a terrible ordeal travelling to escape the war,” she explained.

“She is just one of so many people who are counting on our country, and our people, to provide them with the services and protections they need.

“This centre, staffed by officials from the Departments of Social Protection, Justice and Children, will now act as a one stop shop for people when they arrive in the airport. 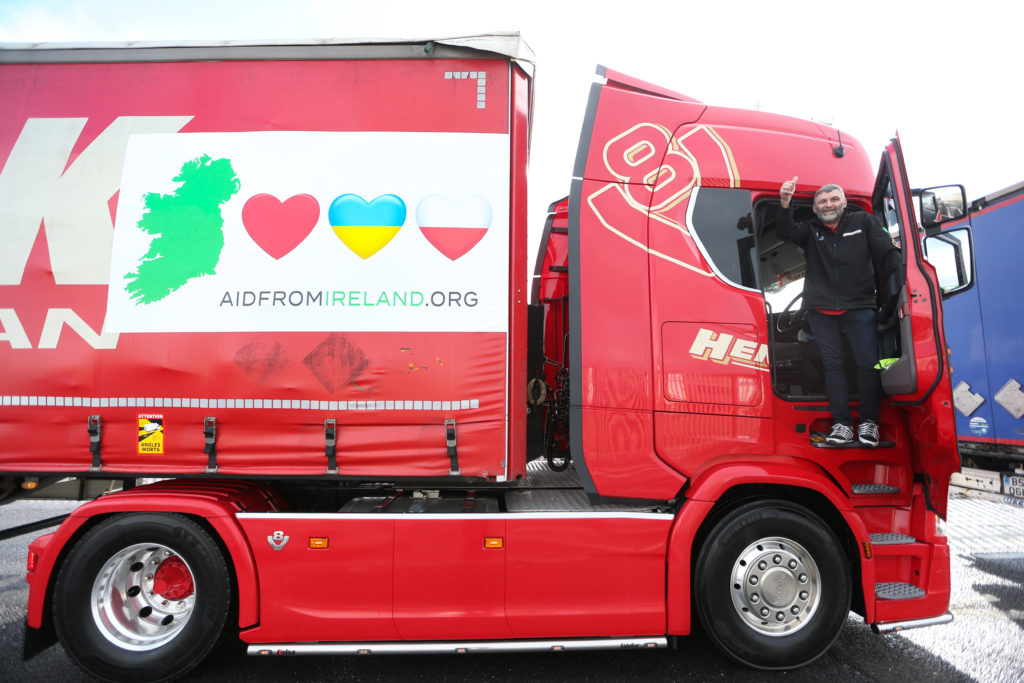 ‘Aid From Ireland’ has organised the largest aid convoy to ever leave Ireland, destined for Ukraine. 25 trucks left Dublin port this afternoon with 500 tonnes of aid. Photograph: Sasko Lazarov / RollingNews.ie

While Ireland has been quick to respond to the Ukrainian crisis with aid and its refugee efforts, it was revealed earlier this week that British Home Secretary Priti Patel had called Minister McEntee to raise concerns about the state’s ‘open-door policy’ on Ukrainian refugees.

The Telegraph reported that Ms Patel raised concerns over those refugees accepted into Ireland who might then make their way to the UK.

"Ireland has basically opened the door to everyone in Ukraine, which creates a problem due to the CTA (Common Travel Area)," a British Government source told The Telegraph.

However, Taoiseach Micheál Martin has since confirmed that the nation would not change its approach to the refugee crisis.

"There have been discussions between the Home Secretary and the Minister for Justice, Helen McEntee,” he said in the Dail.

“And we've pointed out to the UK that we're part of a European Union wide response in terms of waiving visa requirements as a humanitarian response.

"And that will continue to be our position, in respect of prioritising a humanitarian response above and beyond everything else." 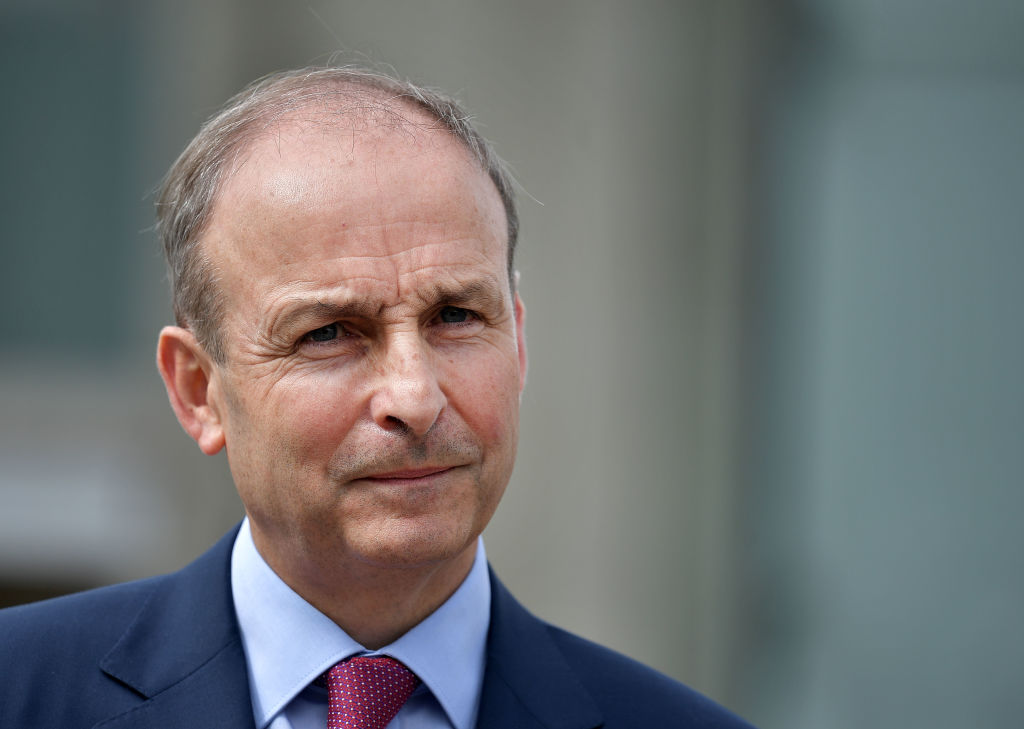 Today Mr Martin travelled to Versailles for an informal meeting of the EU Council.

The two-day summit will see EU leaders discuss Russia’s invasion of Ukraine, the EU’s response to it, and the evolving humanitarian crisis.

Mr Martin reiterated the nation’s solidarity with the people of Ukraine ahead of the meeting, confirming: “Ireland will play its full part in bringing pressure to bear on Russia to end its illegal invasion, in offering solidarity to Ukraine, and in doing everything we can to support its people - those who have stayed and those forced to leave.”

He added: "That there are people in Europe today living in fear, without food, water and heat is unconscionable.”