Tom Kirwan was killed outside a Wolverhampton nightclub in 2012 (Image: West Midlands Police)

THE FAMILY of a young man stabbed to death almost a decade ago have helped fund a £30,000 reward in the hope it will provide the information needed to bring his killer to justice.

Tom Kirwan, 23, was fatally stabbed outside the former Uberra nightclub in Wolverhampton in 2012.

Now, his mother Emer hopes the reward and the passage of time will help give her son 'the long-awaited justice that he so much deserves'.

In the early hours of July 8, 2002, a disagreement broke out between two groups of people outside the nightclub at the corner of Ring Road St David's and Wednesfield Road.

Events escalated after a further group arrived in vehicles and joined in the disorder, after which Mr Kirwan was stabbed and collapsed.

An ambulance was flagged down and Mr Kirwan was taken to hospital, where he later died.

His friend was also stabbed and suffered head injuries and has been unable to remember the incident in full. 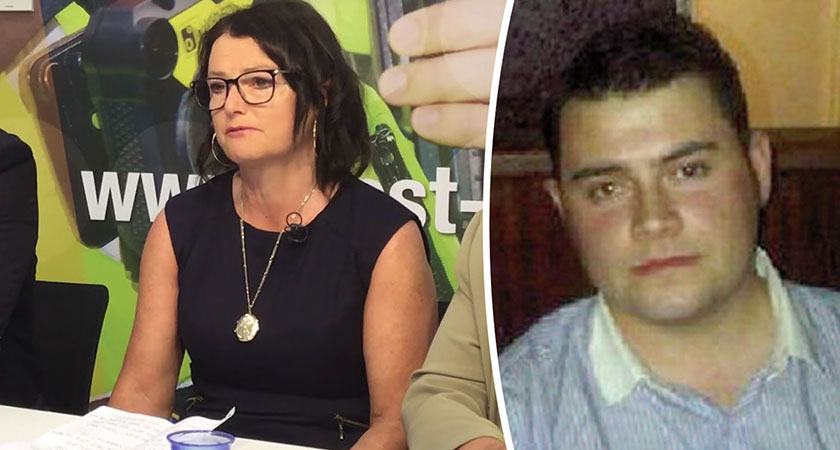 Emer Kirwan during a 2018 appeal for information on her son's death (Images: West Midlands Police)

Emer Kirwan says she believes some of those present that night have information that could lead to the identification of her son's killer.

"For 10 years, we as a family and as a community, have made numerous appeals to find answers. To no avail," she said.

"The answers we believe lie within multiple separate witness groups. From the sober door staff to the group who were convicted of affray and the simple bystander.

"Ten years on I am reaching out to you all.

"Firstly; the door staff, you watched the horrors unfold that the CCTV missed. Why not come forward?

"Secondly the group charged with affray. Has the passage of time played heavily on your consciences?

"Do you now have families of your own? Imagine that loss, imagine the horror of having the most beautiful person in your life taken so cruelly.

"My son's life ended alone, without his family or a familiar face with him.

"Don't live in fear of cowards. Please give Tom the long-awaited justice that he so much deserves."

Mr Kirwan's family and the charity Crimestoppers have each contributed £15,000 to the reward.

Commenting on the investigation, Detective Superintendent Shaun Edwards said the 'significant amount of money… could change the life of anyone holding that vital piece of evidence crucial to the case'.

"Over the years we have studied hours of CCTV and the movements of people around the area on that night," added DS Edwards, head of West Midlands Police's homicide team.

"We've interviewed numerous people who were present on the night, both witnesses and potential suspects, and revisited all of the forensic evidence taken from the scene and from Tom's clothing.

"The case was reviewed by the Crown Prosecution Service (CPS) in London under the bereaved families' scheme towards the end of 2013.

"But our investigation has never closed and every new piece of evidence will be considered and reviewed."

Information can be provided directly to Crimestoppers by calling freephone 0800 555 111 or by using their online form at Crimestoppers-uk.org.