Wild mountain goats take over town while citizens quarantine themselves

A HERD of mountain goats have overtaken a small village after the streets became deserted due to everyone obeying coronavirus isolation guidelines.

Llandudno, a small coastal town in Wales, is like millions of other towns across the world right now: citizens staying inside, businesses and parks closed to the public-- but there's one thing that sets it apart from everywhere else.

It has become completely overrun with goats. 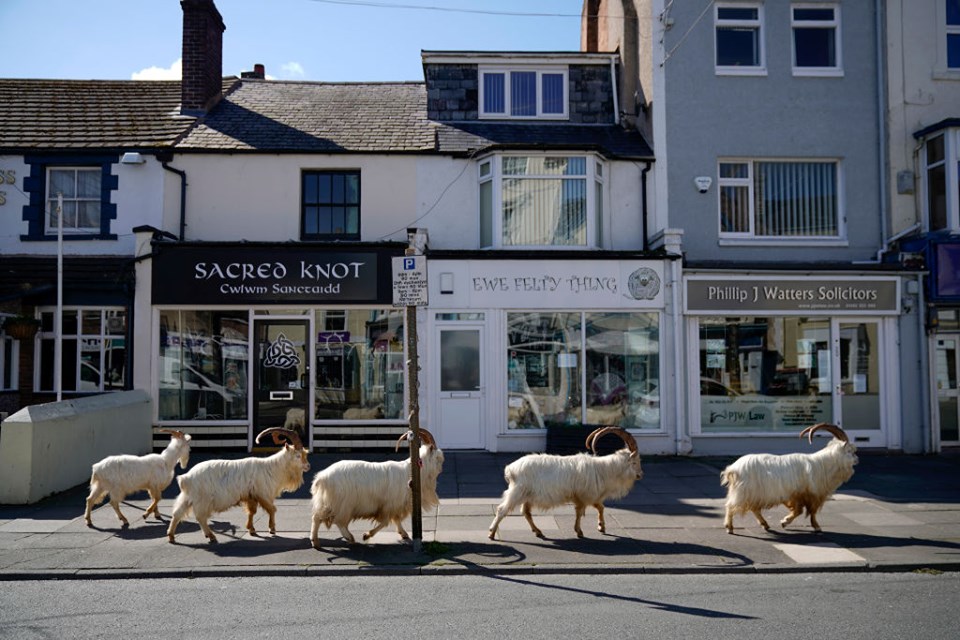 A herd of wild Kashmiri goats have descended from the nearby mountains to take advantage of the lack of human presence to make the town their own, strolling down the streets, gorging themselves on hedges, grass and flowers, and relaxing in the sun. 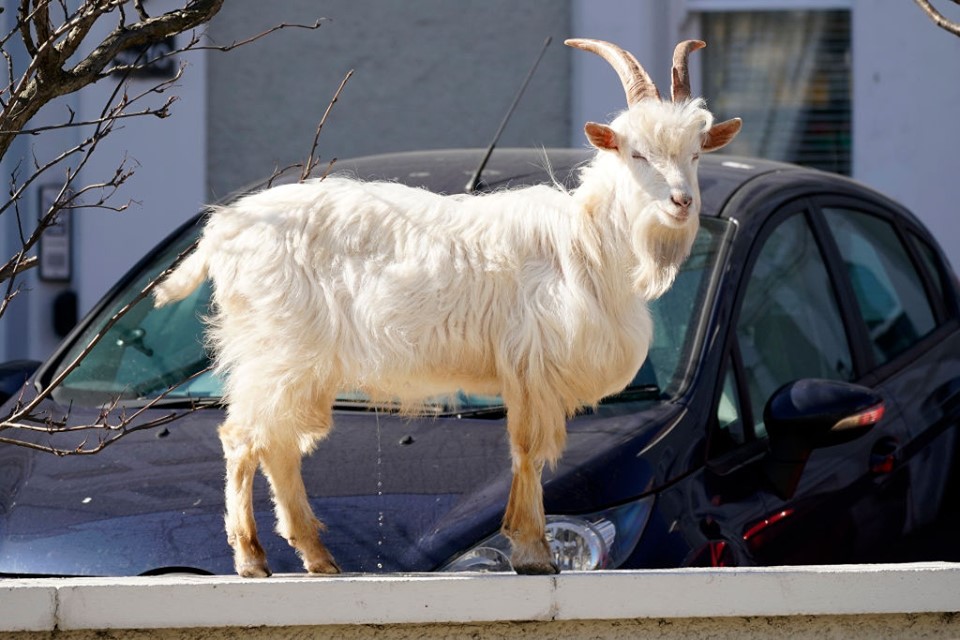 Town Councillor Carol Marubbi told Reuters that the goats usually keep away from the town, preferring to stay in their natural habitat in a grassy headland overlooking the Irish Sea, but now "they're probably feeling a bit lonely and have come down to have a look around". 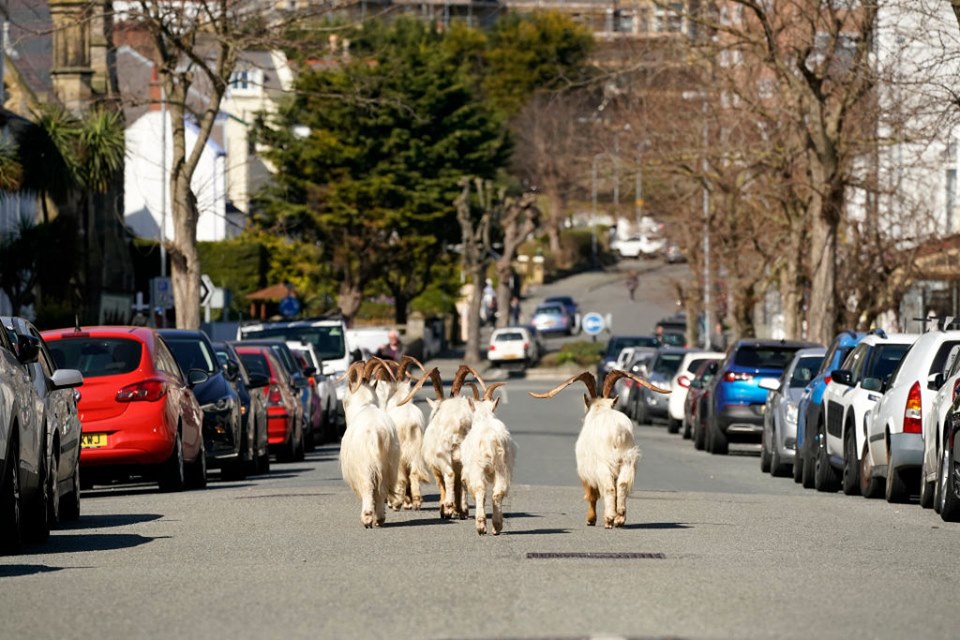 But Councillor Marubbi, along with most of the town's usual human inhabitants, don't mind the intrusion, saying the goats are a local attraction and people are finding them entertaining.

"I'm a big fan," she told Reuters. "I love them because they're characters." 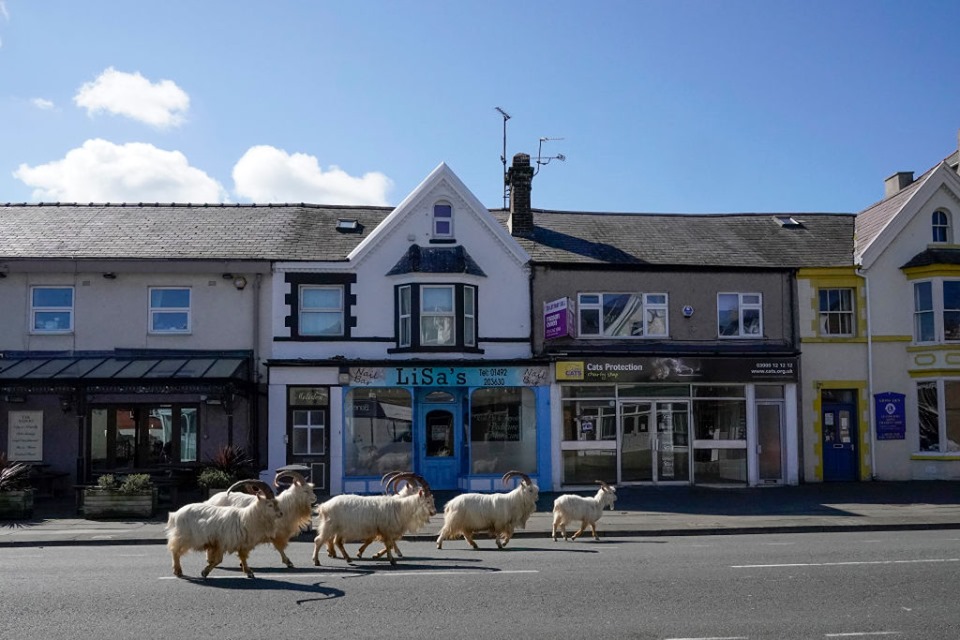 They've certainly made life more entertaining for the people of Llandudno, who can look out their window and see the 150-strong herd of wild animals nibbling on their garden hedges.

While almost everywhere in the world has turned into a ghost town, Llandudno has become a goats-town.

By: James Conor Patterson  -  4 months ago