THE MAN charged with the murder of Detective Garda Adrian Donohoe has today received a life sentence of at least 40 years in prison.

Aaron Brady faced a Capital Murder charge for the killing of Detective Garda Adrian Donohoe in County Louth in January 2013 during the attempted armed robbery of a local Credit Union.

The 29-year-old, who was accused of shooting father-of-two Garda Donohoe with a shotgun at point blank range, evaded justice for years; running away to America, marrying a local woman and fathering a child with her.

He was tracked down and extradited back to Ireland in 2017, and was charged with the murder of Detective Donohoe in 2018.

A statement from An Garda Síochána today welcomed the life sentence imposed on Aaron Brady, noting in a statement that Detective Garda Donohoe went to work on 25 January 2013 "protecting the people of Louth", but because of Brady "he never came home to his family". 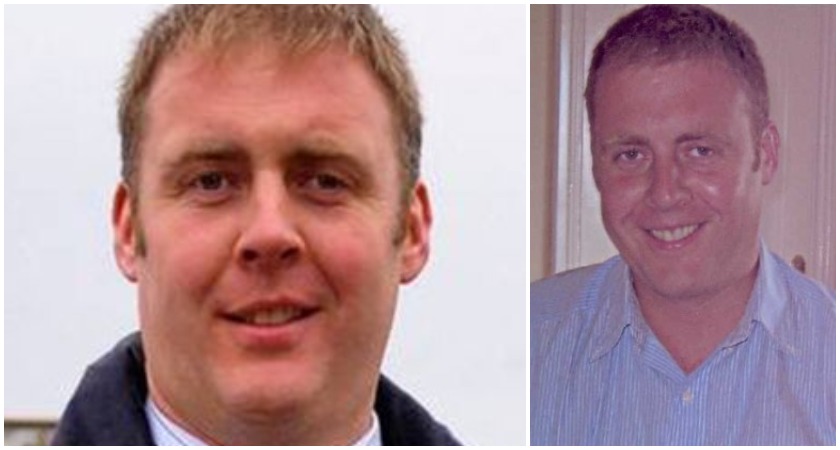 41-year-old father-of-two Adrian Donohoe went to work "protecting the people of Louth" when he was shot in the line of duty.

A Garda spokesperson noted that today's sentencing "has been another traumatic step in the investigation of this crime for Adrian Donohoe’s wife Caroline, children, extended family, friends and his work colleagues at Dundalk Garda station and in the wider Garda organisation."

An Garda Síochána confirmed that "Aaron Brady was just one member of a criminal gang on that day", and said that investigations continue to bring the rest of those involved in the robbery and murder to justice.

"My thoughts and those of the Garda Organisation are once again today with Adrian Donohoe’s family.

"We in An Garda Síochána will continue to support the family, and the friends and colleagues of Adrian.

"An Garda Siochana's resolve to bring all the participants in this crime to justice remains firm and the investigation team at Dundalk will continue to be supported by the resources of the wider organisation."

Anyone with any information which could assist the Garda investigation inito the murder of Detective Garda Adrian Donohoe is urged to come forward by contacting  Gardaí at Dundalk Garda Station on 042 9388400, the Garda Confidential Line on 1800 666 111 or any Garda Station.

Adrian Donohoe killer sentenced to minimum of 40 years in prison