Aaron Connolly will miss tomorrow’s friendly clash with New Zealand at the Aviva, but Sheffield United’s David McGoldrick will return and Troy Parrott  is set to make his debut.

Tottenham youngster Troy Parrott has impressed at underage level for club and country and came off the bench in Tottenham’s shock defeat to Colchester United in the Carabao Cup.

He joins Celtic defender Lee O’Connor in making the senior squad and McCarthy hopes the pair will grab the opportunity and give him a selection dilemma ahead of next week’s crunch Euro 2020 qualifier against Denmark.

"Troy Parrott is in the squad for the first time and will feature against New Zealand,” he confirmed. 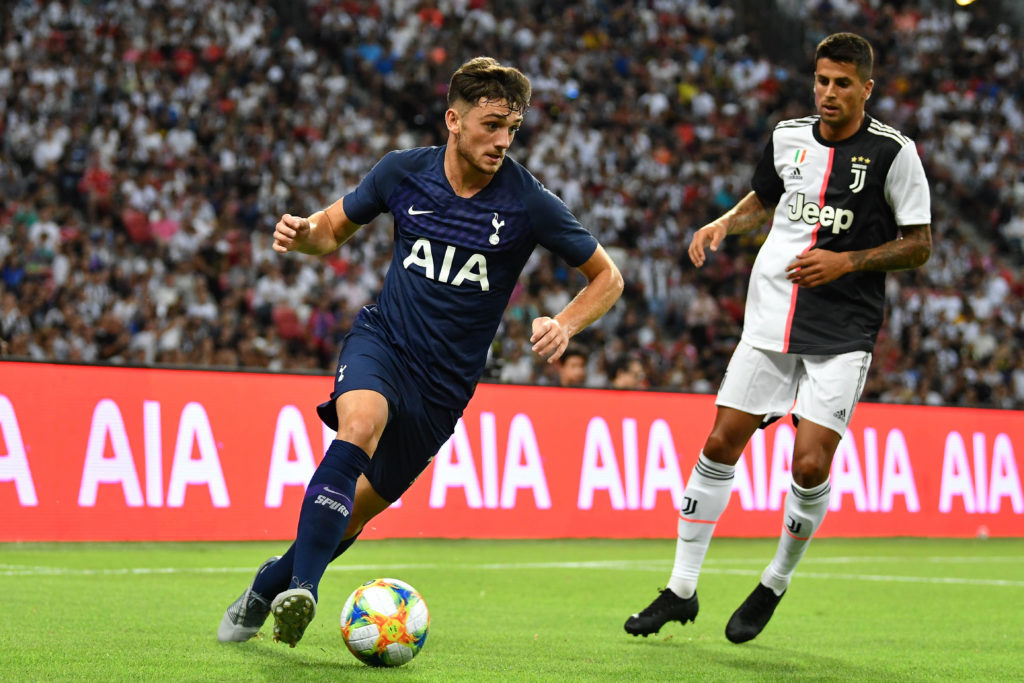 Troy Parrott of Tottenham Hotspur in action during the International Champions Cup match between Juventus and Tottenham Hotspur at the Singapore National Stadium on July 21, 2019 in Singapore. (Photo by Thananuwat Srirasant/Getty Images)

"All he has to do is look at how well Aaron Connolly did in Georgia and Switzerland to see the opportunity that is there for him now."

Former Manchester United defender O’Connor has become a mainstay of the Irish U21 side and McCarthy is keen to see whether that form can carry over to the higher grade of competition.

"This is the perfect opportunity to have a look at him and introduce him to senior international football,” said McCarthy.

"I’ve been impressed with him for the U21s and I know how important he is to them for that Sweden game so this is a win-win for all concerned.

"Lee is in a bit by default I guess the fact that he is suspended for the U21s for their game against Armenia. I didn't have a whole lot of cover on the bench in terms of defenders, so he will get some game time as well."

If the selection of Parrott and O’Connor is with one eye of the future, McCarthy couldn’t contain his delight that Sheffield United’s old stager David McGoldrick is fit and raring to go for the Denmark clash.

“"It's brilliant to have him back. He's been our star striker and our standout player,” said McCarthy of the 31 year-old.

"I'd always prefer to have our best players playing and he's been our standout centre-forward. Any team of any ilk or stature would miss a player like him, especially with how he was playing before his injury.

"He was loving it and everyone loved him for his goal against the Swiss, too."

McGoldrick missed a chunk of United's season so far with a groin complaint, but has been in fine form since returning to Chris Wilder's first team.

"How the hell his goal was disallowed on Saturday (away to Tottenham) was beyond me, but that's another matter."

Ahead of his senior international debut, @TroyParrott9 speaks to FAI TV about playing underage football, his time in camp this week, roommates and even initiation songs!