Banks, 27, launched into a teary-eyed tirade on Instagram after removing herself from an Aer Lingus flight to Dublin on Monday

CONTROVERSIAL US rapper Azealia Banks claims she has been banned from Aer Lingus after launching into a foul-mouthed tirade ahead of a flight to Dublin.

The 27-year-old – who has developed a reputation for feuding with other celebrities – took to social media this morning after removing herself from a flight to the Irish capital ahead of a sold-out gig at The Academy on Tuesday.

The musician broke down in tears during an incoherent tirade on Instagram Stories, which saw her brand Irish women "ugly" at London's Gatwick Airport.

"Every time I come to the UK, they always make some s**t with these airline people," Banks said on Monday.

"They are always starting s**t with me. I had my bags deep in the plane and the lady was asking me some questions.

"I was trying to find my passport as I didn't have the answers and she was staring at me. I said. 'Don't stare at me'".

The rapper continued: "She goes to the Captain of the plane and lies that I said, 'Don't stare at me or I'll sort you out'. I'm from NYC, I don't use that slang.

"They crowded round me like I'm some sort of animal saying, 'we're going to have a problem'.

"I got off the plane. I've worked too hard in my life to be cornered by some ugly Irish b***h. They are ugly Irish women here. 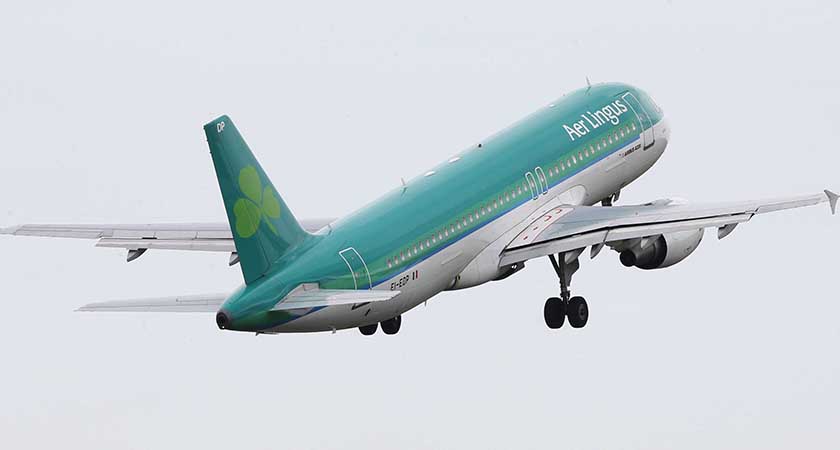 Aer Lingus has now issued a statement over the incident (Image: RollingNews.ie)

"Then all these security n*****s come over treating me like a wild animal. They tried their hardest to get me to do something or freak out.

"I'll probably just drive to Dublin. Or get the ferry or whatever".

In a statement, a spokesperson for Aer Lingus said: Aer Lingus can confirm that two guests scheduled to fly on 10:55am flight from London Gatwick to Dublin (EI233) this morning disembarked themselves prior to departure.

"The guests in question got off the plane safely of their own accord, while all other guests remained on board. As they had luggage in the hold, the flight was delayed while that luggage was sourced.

"The flight departed Gatwick at 12:07 and landed in Dublin at 13:22. Aer Lingus has a strict no-tolerance policy towards disruptive guest behaviour. The safety and security of our guests and crew remains our first priority."

Banks later explained that her manager had booked her onto another flight with a different airline so she could get to Dublin in time for her gig.

She claimed she was now banned from Aer Lingus, adding: "Now they're like, 'you can never fly Aer Lingus because you got off the plane'.

"I've been touring too long to be singled out by the haggard old white ladies... it's always me on the plane with the long weave and the Louboutins and they're like, 'who is that black girl in business class?'

Back in 2015, Banks spat at a fellow passenger while disembarking a Delta jet in Los Angeles during a confrontation which also saw her label a flight attendant "f***ing f***ot".