New Ireland head coach Andy Farrell commended Ireland’s fighting spirit as they got their Six Nations campaign underway with a 19-12 win against Scotland in Dublin this evening.

Captain Jonathan Sexton led by example with a first half try and demonstrated his usual kicking prowess to nab all of his side’s scores against a spirited Scotland.

It could have been different for Gregor Townsend’s men had Scotland captain Stuart Hogg not inadvertently fumbled when it looked easier to touch down ten minutes into the second half.

Ireland regrouped, and although it was far from a vintage performance, the win sets them up for next week’s visit from current holders Wales. 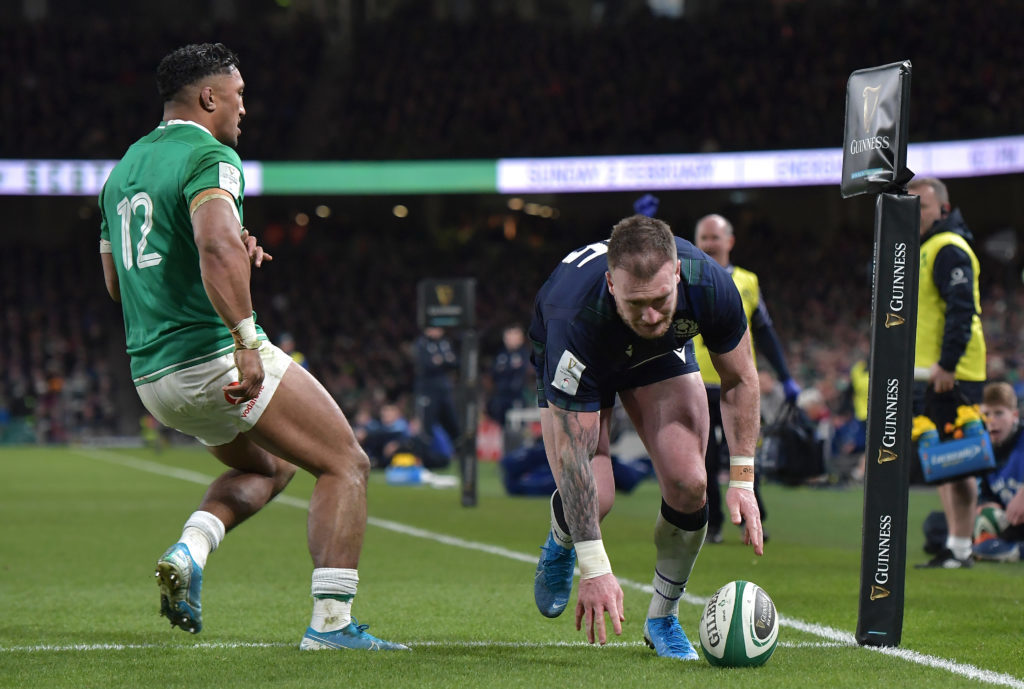 Stuart Hogg of Scotland drops the ball over the line resulting in no try during the 2020 Guinness Six Nations match between Ireland and Scotland at Aviva Stadium on February 01, 2020 in Dublin, Dublin. (Photo by Charles McQuillan/Getty Images)

“It's a start. We asked the players all week to make sure they stand for something and boy did they stand for a bit of grit,” said Farrell after the match.

"Johnny Sexton hasn't played for a long time and he goes out and puts in a performance like that. He's passionate about being captain of his country in the Six Nations for the first time. It was outstanding for him.

"There's always going to be things to work on. Things that we are trying to implement are going to take time.

"That was a proper Test match. It was a tough, attritional game and we're very happy to come out with a win.” 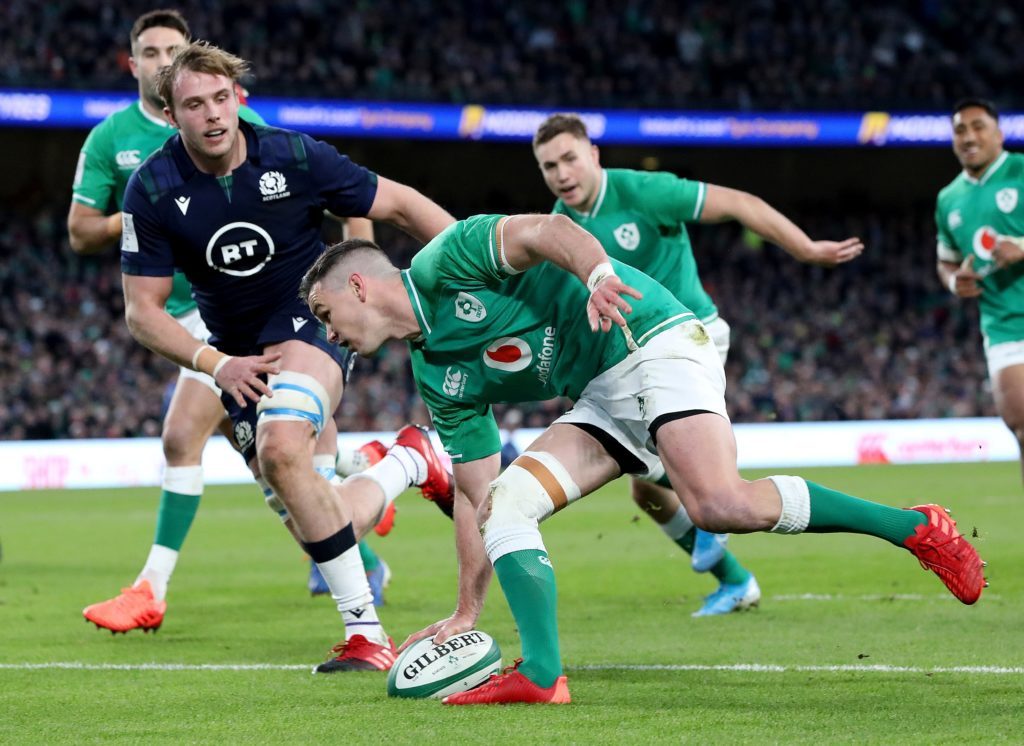 Peter O’Mahony knew Scotland would still be bristling after defeat in Japan the last time these two sides met in the World Cup and was ready to fight fire with fire.

"Scotland are a super team,” he said.

“Every time we play each other it's borderline warfare. It's testament to the way they showed up. They tested us incredibly.

"This is always an incredibly difficult fixture and it wasn't any different today.

He added: "We're 10 days into training camp. It'll take time that was a great benchmark for us to kick on into the rest of the campaign.”