Played in Kaunas, Lithuania in June,  Irish Badminton stars were back in action.
Taking on some of the best in women’s and men’s singles, doubles and mixed doubles, Ireland came away with outstanding performances, and a Silver Medallist.
Played from June 10th to 13th, Ireland’s Rachael Darragh played Women’s Singles, Mark Brady with Moya Ryan in the Mixed Doubles, Adam McAllister in Men’s Singles, Adam with Mark in Men’s Doubles. 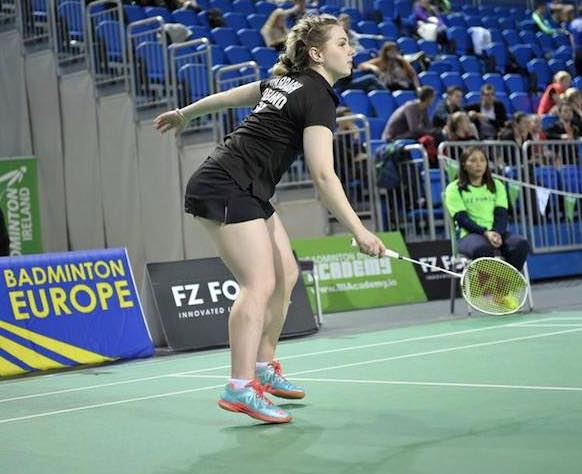 Rachael followed this with massive win as she defeated favoured Anna Bygum of 19-21 21-16 21-18 after almost 60 minutes of play. Rachael qualified through to the quarter-finals.
And it took another brilliant performance to  beat Russian Mariia Golubeva 21-13 18-21 21-17, only to be faced with the top seed in the Semi Final, Ksenia Polikaprova of Israel.

Ksenia Polikaprova ranked 18 in the world, had narrowly defeated Darragh in the European Championships Last 32 round, a little over a month ago.

In the Lithuanian International Semi-Final, first set tied at 20-20 Rachael showed her class and bottle to win 23-21, before a second set of sheer brilliance to win 21-17 and take her spot in the Final. From the historical town of Raphoe in County Donegal, Ireland, Rachael took home the Silver Medal, after just losing out in the final to India’s Malvika Bansod. 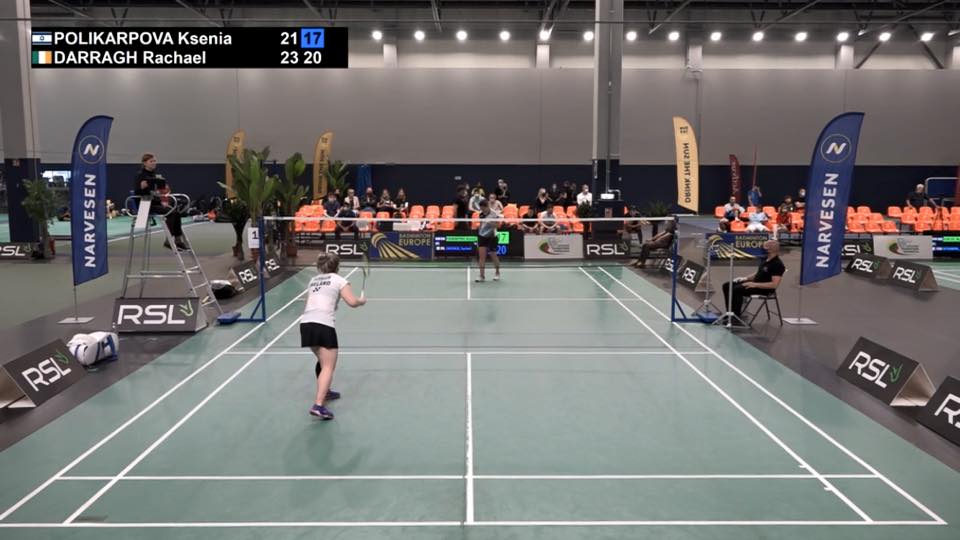 Not alone in outstanding performances, having progressed to the last 16,  Ireland’s Mixed Doubles’ stars of Mark Brady and Moya Ryan defeated Simon Bailoni and Lena Lumpold in a tight 3-setter – winning the opener, 21-16, trailed 18-21 in the second, before bonding superbly to win 21-14 in the decider, to reach the Quarter Final, where their challenge wasn’t enough to progress, but a last 8, joint 5th spot, was an outstanding result overall.

In Men’s Singles Adam McAllister had to come through 4  Qualification rounds to reach the top 32 draw, defeating Ukraine’s Nikita YEROMENKO and Tadeáš BRÁZDA from the Czech Rep on the way.
Adam kept his momentum into his Last 32 round in a smashing performance, through to the last 16, where he played favourite Denmark’s Soren Hald, before eventually bowing out.

Mark Brady and Moya Ryan progressed into quarterfinals of the Lithuanian international, defeating Simon Bailoni and Lena Lumpold in a tight 3- setter – winning the opener, 21-16, trailed 18-21 in the second, before bonding superbly to win 21-14 in the decider.

The Irish arrived home from Kaunas, Lithuania with a Silver Medal and a Quarter Final berth, as well as a top performance in Men’s Singles.

During the same weekend, Ireland’s Michelle Shochan played in U15 Gold Milton Keynes 2021, winning all of her U15 Girls Singles Group D matches in straight sets, never dropping more than 7 points in any set.

In the Quarter Final playoffs, Michelle defeated Jessica Burden 21-4 21-8, before stopping top seed Laavanya Kirushanthan in straight 21-6 21-9 in the semi-final. In the final against Ishasriya Mekala, Ireland’s star won 21-6, 21-9 – winning Gold – and never dropping a set or more than 9 points in any set throughout the tournament. 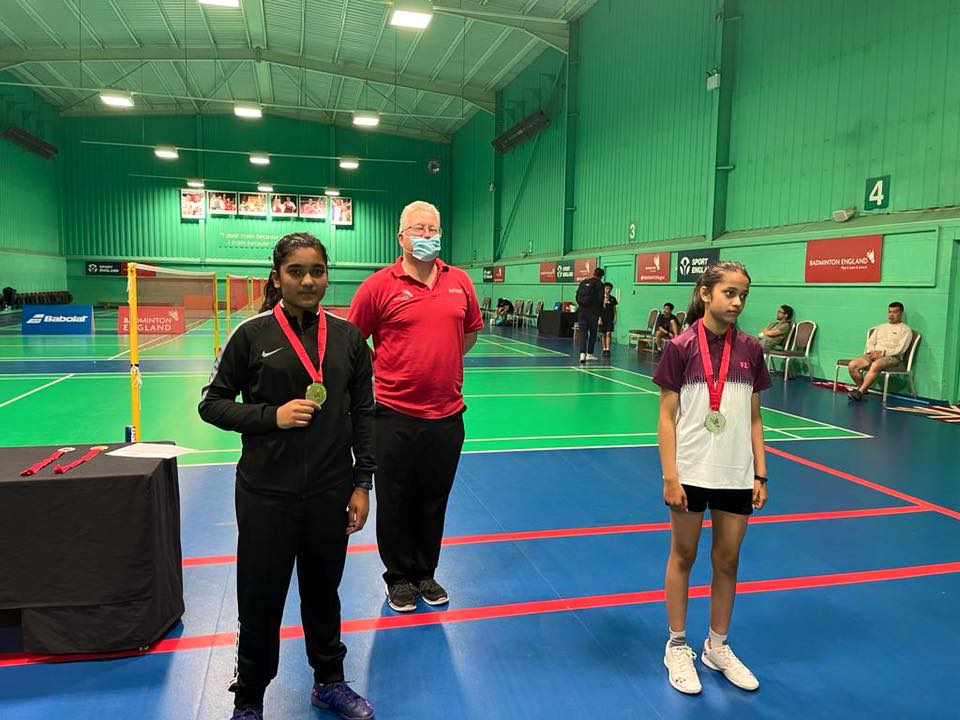 Ireland is a minnow in badminton terms, and was encouraging to see such strong performances on the International stage in June.