TAMWORTH, AUSTRALIA - MAY 08: NRL CEO Todd Greenberg and deputy prime minister Barnaby Joyce watch on during the presentation ceremony after the NSW Origin match between City and Country at Scully Park on May 8, 2016 in Tamworth, Australia. (Photo by Mark Kolbe/Getty Images)

AUSTRALIA’s deputy prime minister Barnaby Joyce, whose ancestors escaped Ireland’s Famine, has had to step down over his dual nationality with New Zealand.

The 50-year-old was among seven parliamentarians embroiled in a row earlier this year over an obscure 116-year-old law barring dual citizens from sitting in parliament.

This morning, the High Court threw the Australian Government into turmoil after it ruled that Mr Joyce is ineligible to sit as an MP.

A by-election will now be held in his constituency of New England, New South Wales on December 2.

Speaking after the ruling, Mr Joyce told reporters that he was “always prepared for this outcome”.

“I had no reason to believe that, you know, I was a citizen of any other country that Australia,” he said.

“That is the way it is… Now I am going to make sure that I don’t cry in my beer.”

Mr Joyce said he has now renounced his New Zealand citizenship, which will allow him to contest his seat’s by-election.

If he fails to win the vote, Australia’s leading coalition would need to secure the support independent MPs to form a minority government.

Mr Joyce, who automatically qualified for NZ citizenship through his father, has previously spoken of his “pride” in his Irish ancestry. 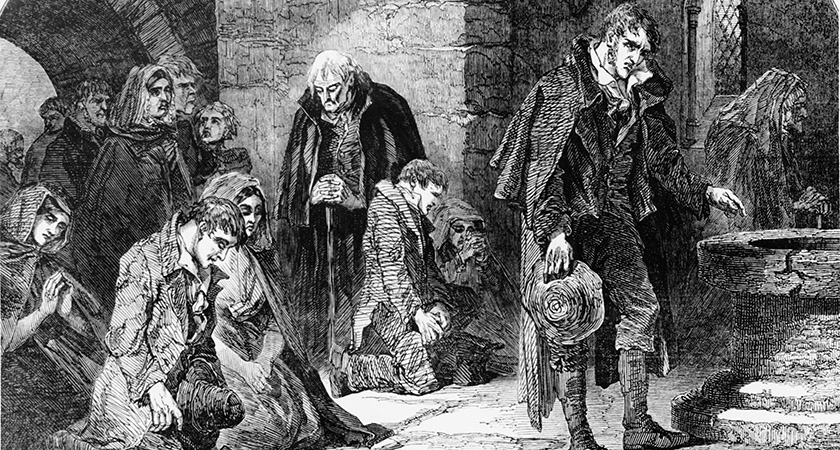 His first ancestor to arrive in Australia from Ireland, a priest named Fr Roach, arrived three years prior to Ireland’s Great Famine in 1842.

He was followed by his brother Lawrence Roach, from Co. Kilkenny, in 1853 – and Mr Joyce’s maternal ancestor Mary Troy – who arrived from Co. Cork in 1849.

She was one of 4,115 Irish orphan girls brought to Australia after the Famine wrought havoc across the Emerald Isle.

Mr Joyce stayed with cousins in Co. Cork in the 1990s and was even sent books on how to speak Irish as a child by his great-grand aunt from Galway.

The New South Wales native was previously unaware that he had breached Section 44 of the Australian Constitution.

The 1901 rule was created to guarantee politicians were loyal to Australia alone, but was not widely-recognised until August’s revelations.

Of the six other parliamentarians embroiled in the row, just two – upper house senators Matt Canavan and Nick Xenophon – were allowed to remain in the House of Representatives.

Critics of Section 44 say it is an “outdated” vestige of Australia’s past, out of step with the country’s diverse modern reality.

According to recent figures, exactly half of Australia’s population are either foreign-born or the children of immigrants at 50 percent.