McGuigan, whose company Cyclone Promotions represent Frampton, believes his fighter was an obvious choice for the shortlist and that the BBC’s omission reveals a bias in favour of sports partnered with the broadcaster.

“There’s an attitude at the BBC that if you’re not already in their sights, you’re not even looked at,” McGuigan told The Irish Post. “They’re anti-professional boxing, simple as.

“Then they say ‘oh, but we picked Joe Calzaghe over Ricky Hatton in 2007’, but the bottom line is that was nine years ago and they’ve distanced themselves from our sport since then – to their shame as far as I am concerned.

“It’s the BBC’s typical apathetic view of other sports, particularly ones they’re not involved in and that’s exactly what they’ve done.

“So it is just typical of them that they would not shortlist Carl after the phenomenal achievements he has achieved this year, and as far as I am concerned, it’s a downright insult to us.

“We knew he wasn’t going to win the thing because it is Andy Murray’s to lose, but the fact that Carl Frampton wasn’t even shortlisted is nothing short of appalling.”

The contenders have been revealed & the countdown is officially on to #SPOTY 2016!

McGuigan revealed that he and Frampton would be boycotting the BBC’s event – which will be held at Birmingham's Genting Arena on Sunday 18 December.

“We’re insulted and we’re offended by it and we’re not turning up. Whether that boycott means anything to them, I doubt it. They don’t care and that’s the bottom line when it comes to their attitude,” he said.

“The BBC are pathetic. I am a former winner and I know what it means. The award has ceased to become anything but a BBC product, which was never a case back in my day. They go out of their way to be politically correct and then they insult us in this way. How dare they.

“If Carl Frampton wins the Boxing Writers Association of America award it will be so much egg on the face of the BBC and so much embarrassment for them. And I think he will.”

Of the 16 shortlisted for the BBC Sports Personality of the Year 2016, only two are from outside England – Scotland's world tennis number one Andy Murray and Wales and Real Madrid footballer Gareth Bale.

Frampton told BBC Radio Ulster’s Stephen Nolan show that he was convinced he would have been shortlisted if he was English following the announcement on Monday night.

"I think they look favourably toward them,” he said. “Take Nicola Adams, she has had an incredible achievement this year and if she made the list, then I think I should have been in with a shout.

"No-one's on it from Northern Ireland - there's five Yorkshiremen on it. I feel that one of the three that I mentioned should have got on.

“But listen, I am not going to cry about it and I'll get on with my career.” 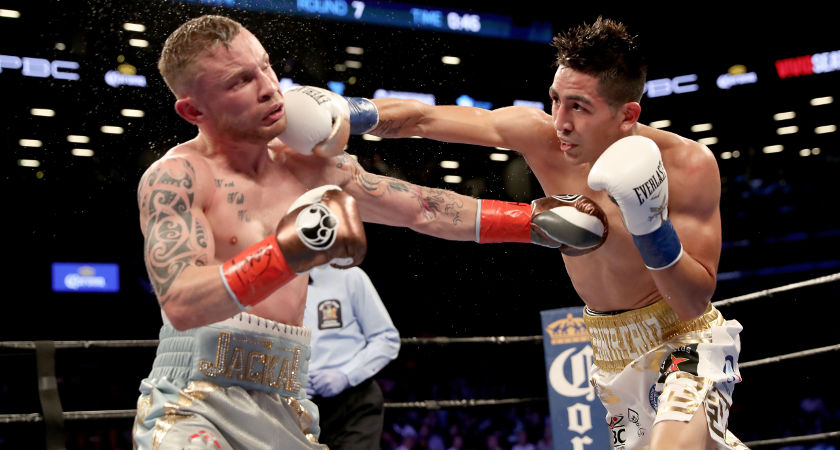 Speaking in the Assembly, she said: "I think it is absolutely scandalous that someone of Carl Frampton's ability, and indeed a double world champion, should be excluded.

"Another man who should have been thought of as well is Jonathan Rea, who again is a double world champion. What about Bethany Firth?

"And, indeed what about Michael McGovern, that man from Fermanagh who did sterling work for the Northern Ireland team during the Euros.

"I think there is a huge hole in relation to the Sports Personality of the Year, despite the fact that they have increased from 12 to 16, they have managed to leave out some of the very special sporting stars from Northern Ireland."

In response to the criticism of their selection, a BBC spokesperson said: “In what has been an extraordinary year of sport, many contenders were considered and debated by an expert industry panel, who by consensus agreed on the shortlist.”

Also speaking to the Nolan Show, Member of Parliament for North Antrim Ian Paisley Jr revealed that he would be raising the issue of the exclusion of Northern Irish sportspeople at parliament in Westminster soon.