Remember the alleged beer thief who looked like Ross from Friends? Here’s what he actually looks like

POLICE HAVE released a mugshot of the alleged beer thief who went viral for his uncanny resemblance to David Schwimmer, aka Ross from Friends.

However, it turns out he doesn’t look much like Ross from Friends at all.

A mugshot of Abdulah Husseini was released as part of an arrest warrant for the 36-year-old after he failed to attend a hearing at Blackpool Magistrates' Court on December 18th.

Husseini was being sought by the Met failing to appear at court to answer a charge of handling stolen goods and an outstanding theft matter.

Last October, CCTV footage of the alleged thief leaving a restaurant with what appears to be a crate of beer went viral after people noted his striking resemblance to Schwimmer.

Schwimmer, himself, even got in on the act, recreating the video as part of a follow-up tweet that proved equally popular online.

"Officers, I swear it wasn't me. As you can see, I was in New York,” he captioned the video.

"To the hardworking Blackpool Police, good luck with the investigation."

Officers, I swear it wasn't me.
As you can see, I was in New York.
To the hardworking Blackpool Police, good luck with the investigation.#itwasntme pic.twitter.com/EDFF9dZoYR

However, the new mugshot has offered fans a closer look at Husseini, revealing the unfortunate truth in the process: he looks nothing like Ross from Friends.

Lancashire Police have since confirmed that Husseini was arrested again in Wimbledon, London, by the Metropolitan Police on January 17th. 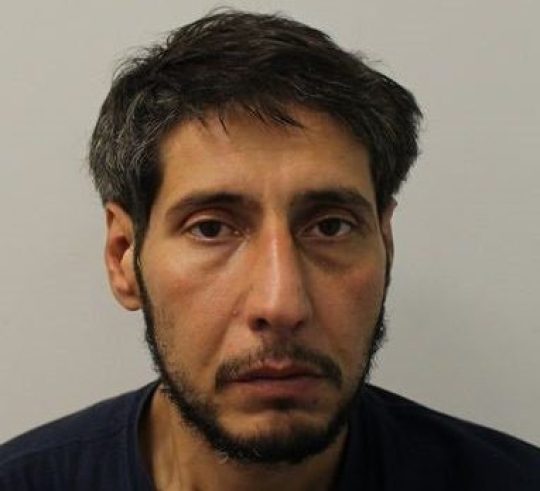 He has been remanded to appear at Wimbledon Magistrates’ Court on January 23rd.

Husseini stands accused of stealing a coat, a phone and a wallet from a restaurant in Blackpool. He definitely wasn’t on a break either.