A MURAL dedicated to George Floyd and the Black Lives Matter movement in Belfast has been defaced with white paint.

The mural was painted following the killing of George Floyd by a white police officer this summer, which led to global protests against racism and police brutality.

It depicted a portrait of Mr Floyd, along with his killer and the three other officers who stood by and did not help, and members of the Ku Klux Klan.

The launch today of the Black Lives Matter mural at the International Wall of Murals on the Falls Road in Belfast, Ireland. pic.twitter.com/mNCegLeKhB

PSNI officers say they believe the mural, which is based on the Falls Road, was vandalised on Saturday morning. It is being treated as a hate incident. 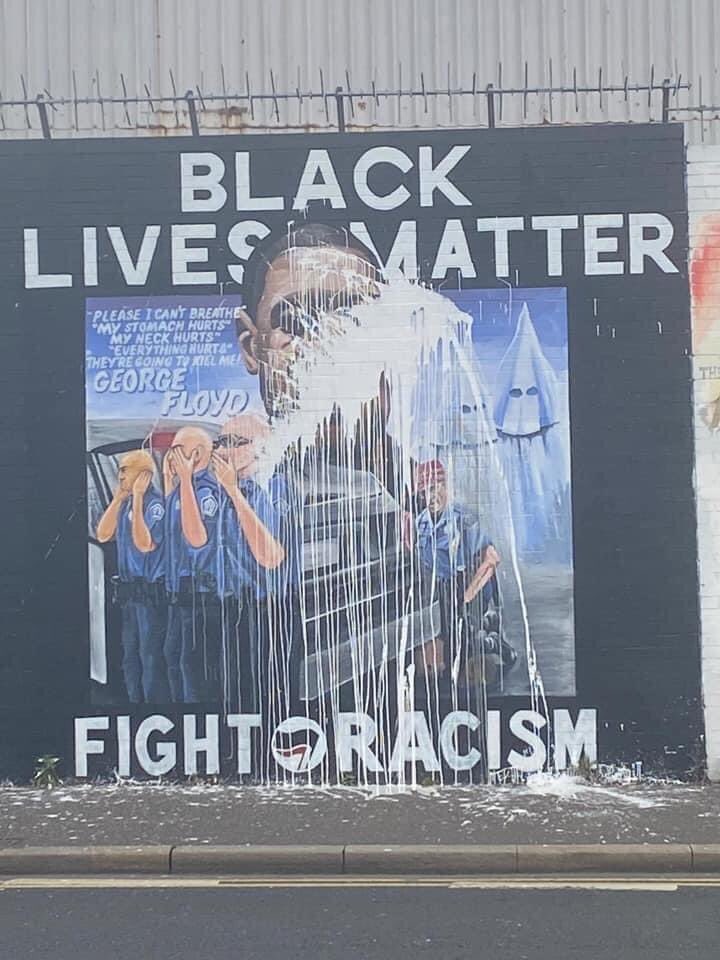 Community Arts Festival Féile an Phobail confirmed that they are working to restore the mural and promised that "West Belfast will never back down to racism".

"Racism in all its forms must be challenged at every opportunity."

West Belfast will never back down to Racism!

Today work began to restore the Black Lives Matter mural at our famous International Wall of Murals on the Falls Road after it was vandalized.

Racism in all its forms must be challenged at every opportunity.#BLM pic.twitter.com/i48n32ECsH

"Over the coming days the artists will have new artwork expressing solidarity with the Black Lives Matter movement and showing west Belfast communities stand against racism."