A MAJESTIC blue whale was spotted off the coast of Ireland for the first time in over six years last week.

Blue whales, which are the largest animals in the history of the planet - bigger than any dinosaur, are very rarely spotted in Irish waters.

They migrate all over the world, but tend to stick to the open ocean, though the Irish Whale and Dolphin Group (IWDG) said one was spotted just off the coast of Co. Galway on July 23.

It was observed in an area of the Porcupine Bank along the Irish shelf edge, some 175 nautical miles northwest of Slyne Head - the westernmost point of the county.

The IWDG said it was its "first confirmed report in six years" of a blue whale in Irish waters, and that there had only been 18 recorded sightings since 2008. 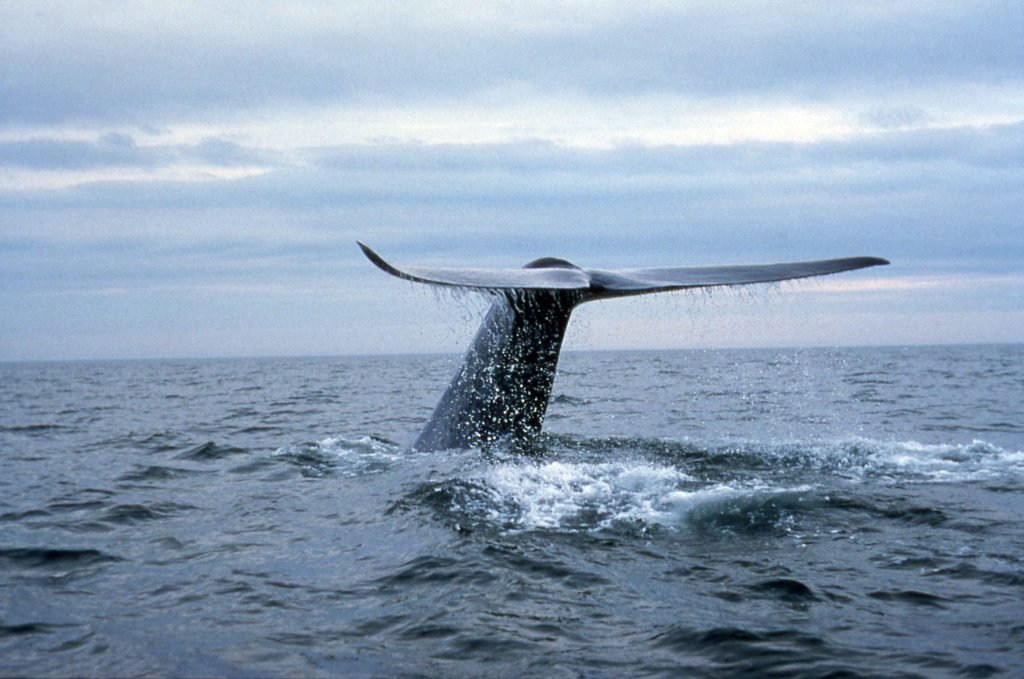 A blue whale lifts its tail in the air designating a longer and deeper dive.

"It’s brilliant to know they are out there and using these offshore corridors to migrate between high latitude feeding areas and breeding areas," the IWDG said in its latest report.

Blue whales are endangered, and were nearly driven to extinction towards the end of the 19th century due to excessive whaling, but since the practice was outlawed by the International Whaling Commission in 1966, their numbers have been slowly creeping back up.

Padraig Whooley of the IWDG says the recent sighting is good news, but admitted that it’s difficult to interpret what it means in terms of their numbers.

"Does it mean there are very few big blues left out there, or merely reflect that the areas they’re in are difficult to get to and even more difficult to spend time in during periods with good enough sea conditions to locate and count them?" Padraig pondered.

"But the fact that any blue whales at all are out there gives grounds for optimism, as if there is one thing we know about nature, it’s that it’s resilient and can bounce back if left alone."