GIANT EFFIGIES of both Boris Johnson and Jacob Rees-Mogg were paraded through the streets and burnt at the stake as part of the festivities for Bonfire Night in the UK.

The huge depictions of the Prime Minister and the Leader of the House of Commons were spotted in the town of Lewes in East Sussex as locals celebrated the annual Guy Fawkes Night. 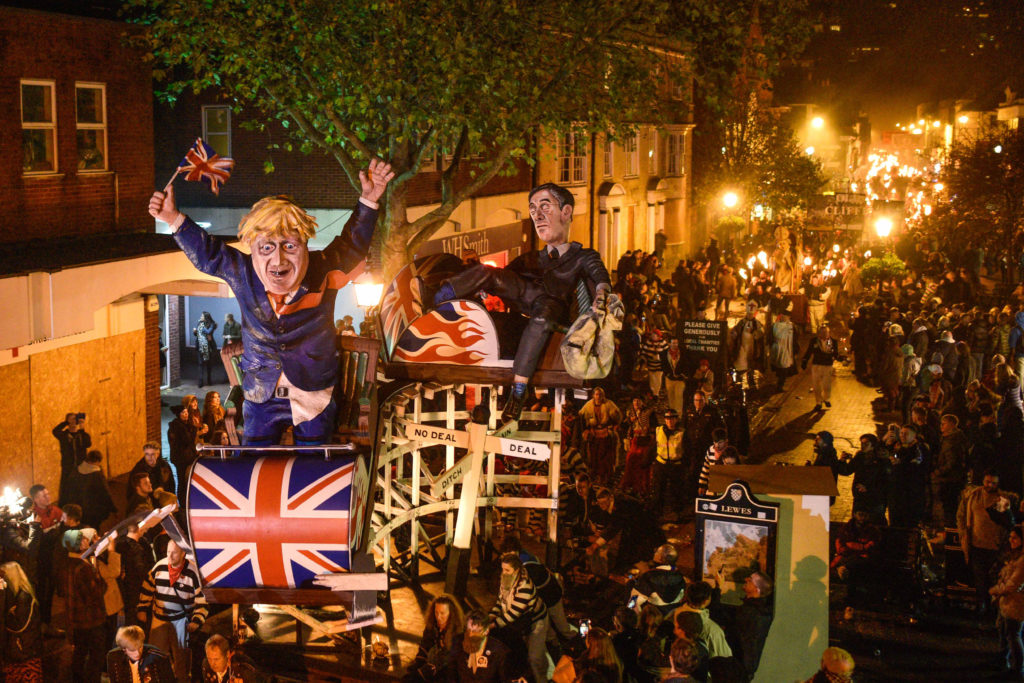 Boris Johnson and Jacob Rees-Mogg effigies are paraded through the streets during traditional Bonfire Night celebrations on November 5, 2019 in Lewes, England.

The piece was titled 'The Brexit Rollercoaster' and had both politicians sitting in separate rollercoaster carts. It featured broken rails and signpost pointing separately to "deal", "no-deal" and "ditch".

Rees-Mogg was pictured lounging in his cart, likely playing on when he was seen pulling a similar pose during an emergency Brexit debate in September.

The piece was later set on fire amidst the cheers of thousands of onlookers.

Lewes has a reputation for throwing outlandish November 5th celebrations, leading it to become known as the bonfire capital of the world. 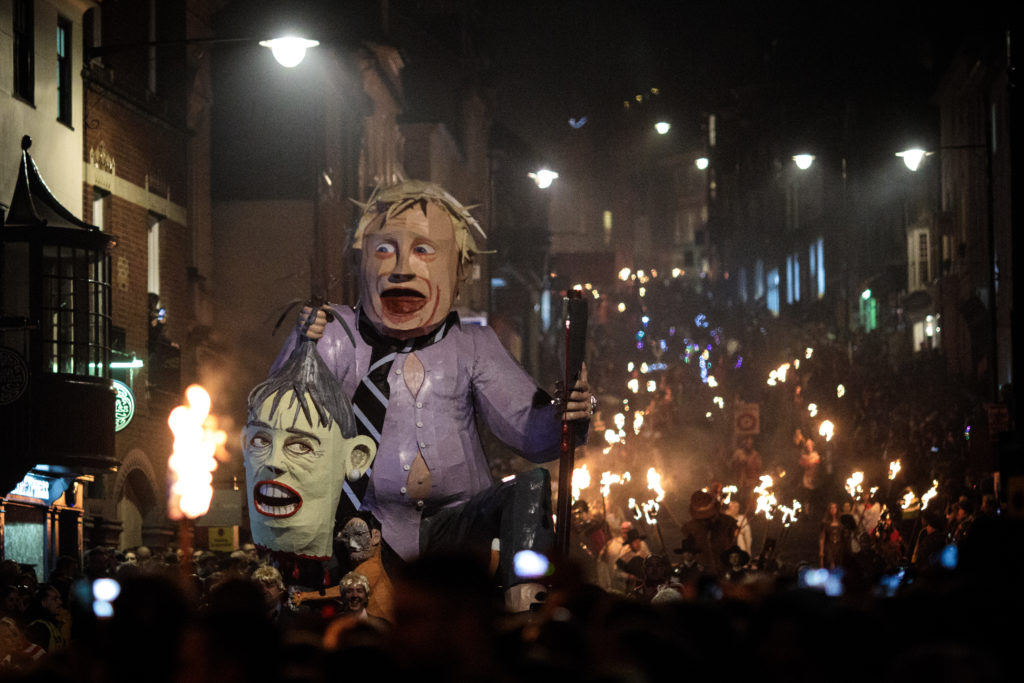 Every year controversial effigies of politicians are burned, so it's not particularly surprising to see both Johnson and Rees-Mogg falling prey to the festivities.

It actually marks the second year in a row where a Johnson effigy has made an appearance, after last year's macabre image of him holding an axe and Theresa May's severed head.

Despite the market town only having a population of around 17,000, around 80,000 people make the trip to watch the celebrations every year, and an estimated 5,000 people take part in the march itself.