DONALD TRUMP and Joe Biden will both have 'mute buttons' on their microphones during the next Presidential debate to prevent them from interrupting one another.

It's understood that each candidate will have their microphone muted while the other is answering a question to stop them shouting over each other.

The US Commission on Presidential Debates said it took the decision following last month's debate between Trump and Biden where interruptions between the pair were incessant.

Interjections happened so frequently that at one point Biden lost his cool and snapped at Trump: "Will you shut up, man? This is so unpresidential."

This time, once a question is asked, both candidates will have their usual two minutes to provide an answer, while the other is muted.

Once this is over, the two will be able to engage in an open discussion. 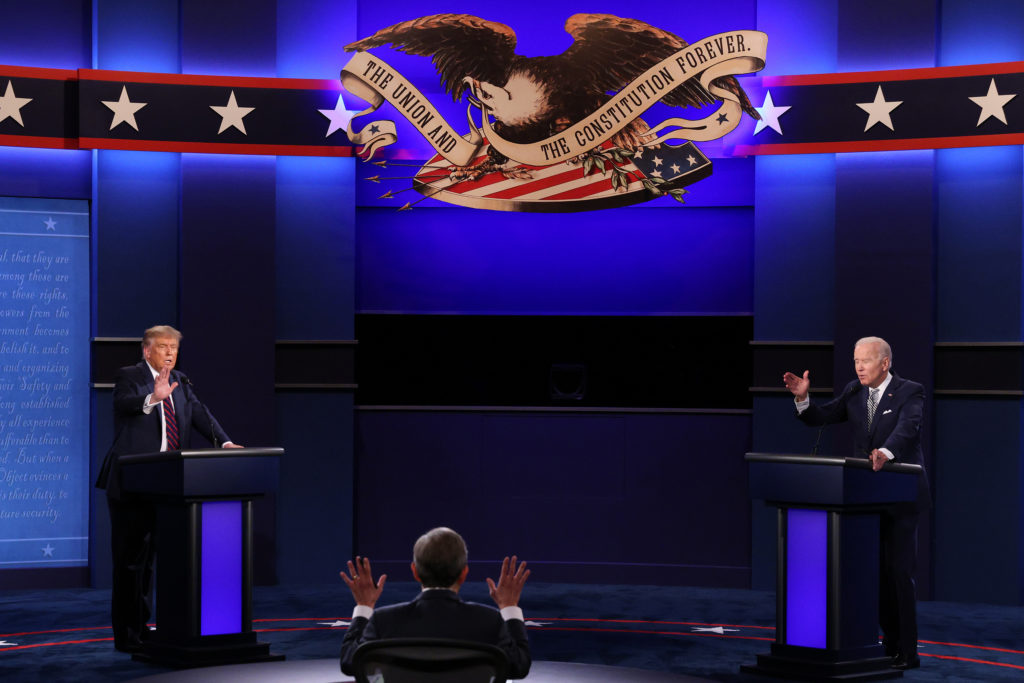 "It is the hope of the Commission that the candidates will be respectful of each other's time, which will advance civil discourse for the benefit of the viewing public," the Commission said in a statement.

Trump's campaign manager Bill Stepien reacted angrily to the news that microphones will have a mute button, accusing the Commission of bias toward Mr Biden.

"President Trump is committed to debating Joe Biden regardless of last minute rule changes from the biased Commission in their latest attempt to provide advantage to their favoured candidate," he said in a statement.

Stepien suggested that Trump needed to have the ability to talk over Mr Biden in order to press him issues he'd rather dodge - such as the recent allegations against his son Hunter.

"If the media won't ask Joe Biden these questions, the President will, and there will be no escape for Biden," Stepien added.

Trump meanwhile insisted that he would go through with the debate, in spite of what he claims are "very unfair" circumstances.

The debate will take place on Friday, October 23.

It will be the final Presidential debate before the country heads to the polls on November 3.